A MUM-OF-ONE shared that she’s happy to spend £1k a month on designer gear for her toddler and only wear 90p flip flops and charity shop buys herself.

Kasey Akram, 32, said that she gives son Jareem, one, whatever he wants. 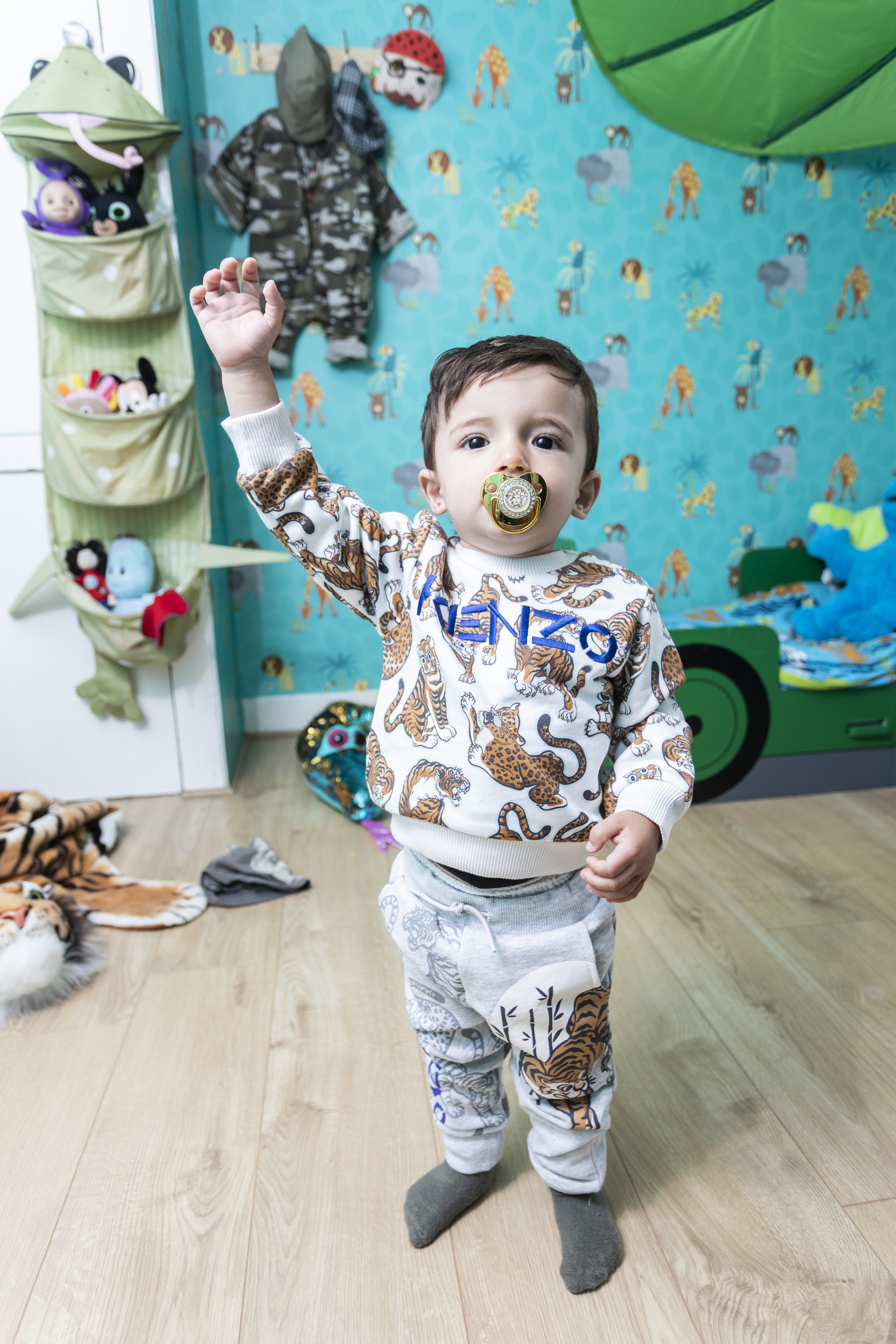 The adorable tot is kitted out with designer gear

The pampered tot is kitted out in designer clothes and has an extravagant jewellery collection, including a £750 Versace chain and a £925 diamond encrusted bracelet.

Kasey reckons she spends up to £1,000 a month on him using benefits cash, topped up once a year with an £800 Universal Credit loan.

Kasey, of Sheffield, said: “As soon as I had my little boy, my obsession changed from how I looked to focusing on my son. What Jareem wants, Jareem gets.

“The last pair of shoes I bought myself were 90p Primark flip-flops. 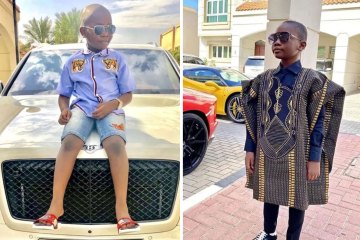 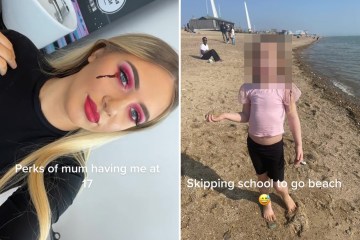 “On the same day, I bought him Gucci trainers. He likes flashing trainers but I’d never let him walk around in cheap, tacky, horrible trainers.”

The mother defended her right to splash out on her son however she liked.

Kasey said: “If I want to spend the money on my son, that’s my choice.

“I don’t care if I walk around in Primark shoes as long as my prince has the best. He’s the loveliest little boy in the world and I’ve fallen out with friends over how much I’ve spent on him.

“I’ll be wearing charity shop clothes while he’s wearing a £50 T-shirt and, if I had the choice, I would walk around naked so he could wear what he wants.

“My ex-partner showed me my bank statements and said it was ridiculous that I’m spending £250 a week on him.

“Whatever Jareem likes, he gets and, if I can’t afford it, I ring his dad and get the money. I’m not working at the moment.

“I do all this on benefits and the help of my ex-partner but he says I’m just chucking his money at Jareem and that’s where his issue comes in.”