10 YEARS ago, we considered a £10 Cadbury’s advent calendar a proper indulgence – but these days, it seems like every brand in the world has jumped on the festive bandwagon.

Earlier this year, our hearts skipped a beat when we caught a glimpse of Chanel’s stunning Christmas offering – which is packed with 27 treats.

Elise’s unboxing videos have racked up MILLIONS of views 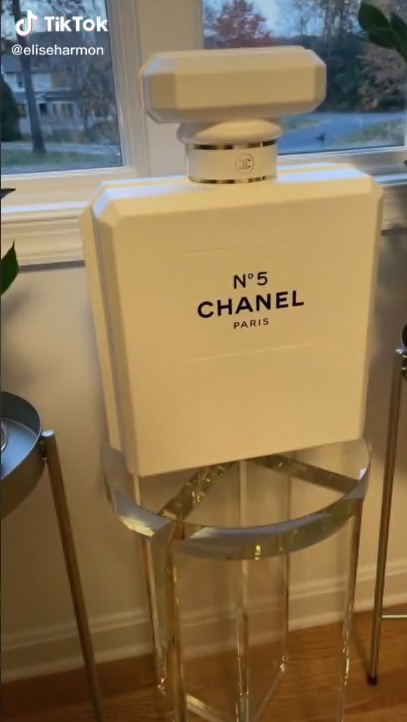 Elise gave the packaging for the £600 calendar a 10 out of 10Credit: TikTok / @eliseharmon

And before we actually entertained the idea, we almost had a heart attack when we saw the hefty £600 price tag.

Luckily for us, TikTok user Elise Harmon took one for the team and snapped up one of their lavish advent calenders – which is shaped like their iconic No 5 perfume bottle.

That said, the avid beauty fan hasn’t been all that impressed with the gifts so far and shared her disappointment in a series of hilarious videos.

Unboxing the calendar for the first time, Elise gave the packaging a total 10/10. So far, so good.

In a nod to their best-selling perfume, the calendar begins on the fifth day – but Elise couldn’t resist opening a couple before that.

Picking one box at random, Elise opted for number 9 as it “looked really promising”.

But rather than the full-sized beauty product she was expecting, Elise was fuming when she instead found a modest pack of Chanel stickers.

Hoping to breeze pass that disappointment, Elise then moved on to number 7 – which luckily contained some of their hand cream.

After that video racked up over 11 MILLION views, Elise filmed a second part where she opened the 8th box.

She explained: “Number eight was really calling my name until I opened it up. 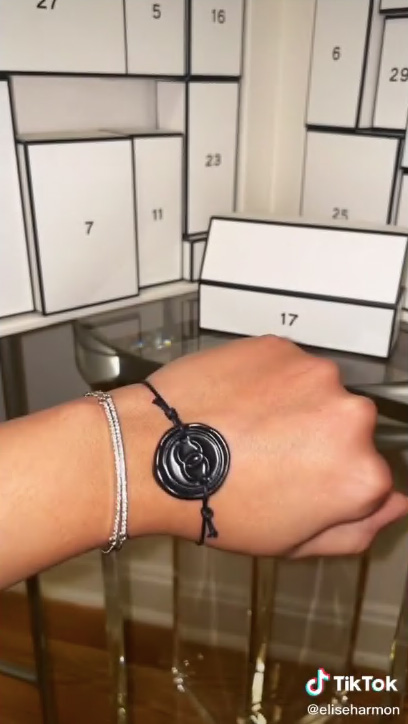 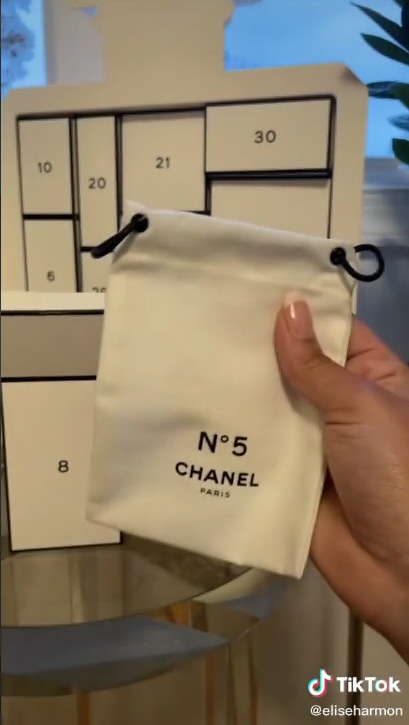 She was fuming when one of the boxes contained a single dust bagCredit: TikTok / @eliseharmon

“Eight was a total flop,” she joked. “I really don’t understand how I’m supposed to live, laugh and love under these conditions.”

Next, Elise opened up number 30 and was delighted to discover a moisturiser.

She added: “This is cute. It’s a little baby body cream. I’m pretty sure this is enough cream for my left arm…”

Joking how she was now “feeling lucky”, Elise pulled out another box to find a flipbook – you know, the kind you get in Christmas crackers.

And just when you thought it couldn’t get worse, the TikToker then found her plastic bracelet with a Chanel logo charm that resembles a “bottletop”. 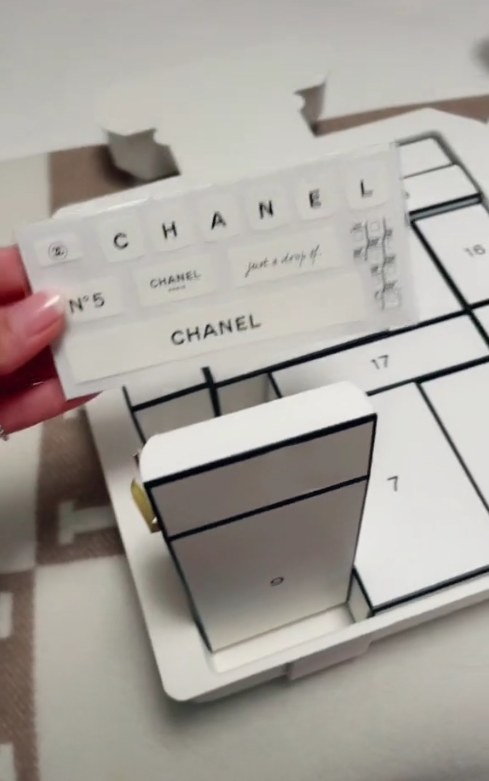 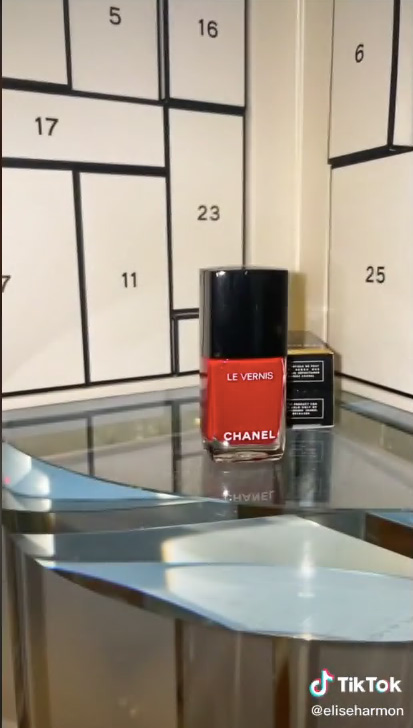 That said, she did discover some full-sized products along the way – including a nail polish and red lipstick.

Elsewhere in the calendar, there’s a full-sized bottle of No 5 worth £110 and a Chanel snowglobe.

After posting her review videos, Elise also claimed that she was BLOCKED by Chanel.

She joked: “What’s not clicking Chanel? Something is wrong!!”

Needless to say, the unboxing videos were a hit with Elise’s followers – who blasted the “tragic” selection of gifts.

One replied: “They really robbed you.”

Another added: “This is the Fyre fest of advent calendars.”

“BESTIE THIS HAS TO BE STUFF THEY FOUND AROUND THE WAREHOUSE,” a third replied.

“This should be illegal,” a fourth joked.

For more fashion stories, Primark fans are raving about the £6 ‘warmest leggings ever’ and they’re perfect for freezing Winter nights out.

And this woman’s bedroom was entirely covered in PrettyLittleThing bags after Black Friday haul – but she’s blasted as ‘greedy’.

Plus this woman shared the minuscule outfit she ‘plans to wear to her dad’s wedding’ in the most savage burn to Kendall Jenner ever.

I only spent $1.25 while Christmas shopping at Target – let me show how you can too

Eboni K. Williams Opens Up About Struggle With ‘Severe’ Acne