IF you’re looking for a glamorous bodysuit, something different to anything you’ve ever seen before, you’ve come to the right place.

One fashion fan, Julie Kriegler, took to TikTok to show off her latest Shein purchase and it’s left many people stunned.

Fashion fan Julie Kriegler ordered the £4.49 viral Shein bodysuits and was stunned at how tiny they areCredit: juliekriegler/Tik Tok 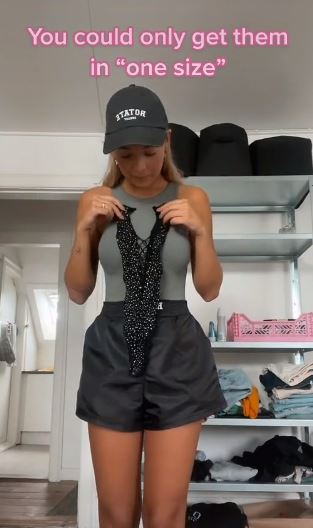 Julie explained that you could only buy the bodysuits in one sizeCredit: juliekriegler/Tik Tok 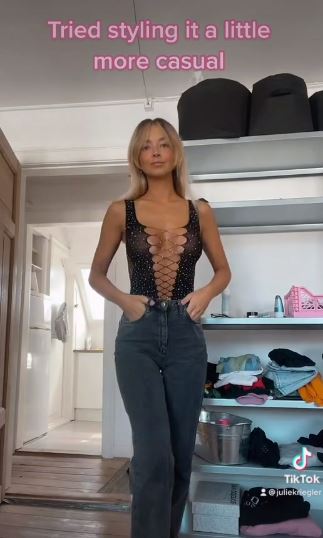 But the fashionista was thrilled when she tried them on and they looked fabulousCredit: juliekriegler/Tik Tok

Julie bought two of the viral Shein glitter bodystockings and was left open-mouthed when they arrived.

Not only was Julie shocked at how nice the bodysuits were, but she was even more baffled at the size of them.

The fashionista explained that the bodysuits came in ‘one size’ and she was shocked when they arrived and were miniscule.

Julie took to social media to show off the two new additions to her wardrobe and said: “I just got “THE” bodystockings from Shein.

“They literally arrived in seven days.

“In shock at how small they look.

“You could only get them in “one size”.”

In Julie’s video, we see her holding up the bodysuits against her body and you won’t believe the size of them – they look as though they would fit a small child.

Julie’s video has clearly impressed many, as it has racked up 272.3k views in just four days.

Julie then posted a follow-up video, showing off how the bodysuits look on and much to our surprise, not only do they fit, but they look great too.

She said: “Try “THE” Shein bodystocking with me.

In the video we see Julie wearing the black bodysuit with a pair of grey mom jeans.

The bodysuit looks great on Julie – it’s extremely flattering and is perfect for a fancy night out with the girls.

If you want to get your hands on this cut-out fishnet teddy bodysuit, it’s available to buy online, from Shein, and it’s a real bargain.

Believe it or not, this stunning bodysuit is just £4.49 – yes, you heard that correctly.

It comes in three different colours – black, red and white – and has proved popular with Shein shoppers.

It has an average customer rating of 4.87 and 97% described it as true to size.

TikTok users also loved the bodysuit and took to the comment section of Julie’s video to express this.

One person said: “They are so pretty”.

Another added: “Oh my lord”.

A third commented: “It’s so prettyyyyy”. 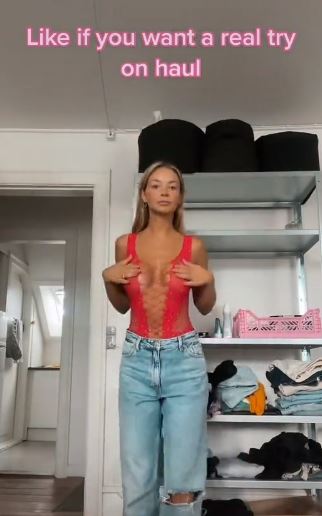 Julie got the bodysuit in black and red and loved how they looked with mom jeansCredit: juliekriegler/Tik Tok