They may be in great condition but stains and marks can make them look like they need to be chucked in the bin.

She shared a before photo of her Vans that she was going to chuck awayCredit: Facebook/Extreme Couponing And Bargains UK 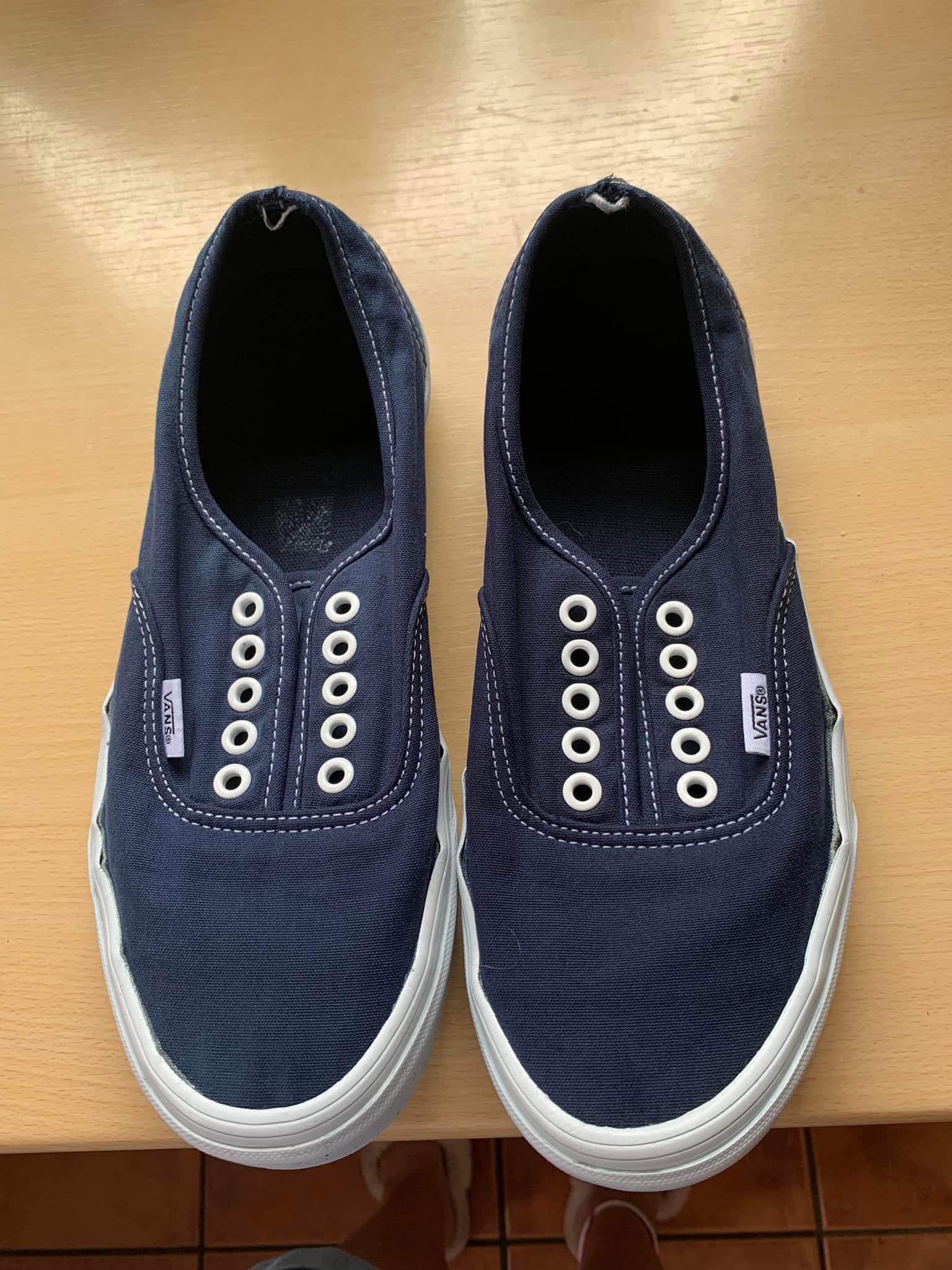 Instead, she came up with a savvy solution to give them a new lease of lifeCredit: Facebook/Extreme Couponing And Bargains UK

Luckily, one woman has revealed the cheap and effective way she gave her white Vans a new lease of life instead of chucking them away.

Taking to the Facebook group, Extreme Couponing and Bargains UK, she said: “I bought some white Vans a few years ago.

“Needless to stay they didn’t stay white for very long.”

The woman explained that before throwing them away she decided to try to dye the shoes using Dylon fabric dye she purchased for £5.99. 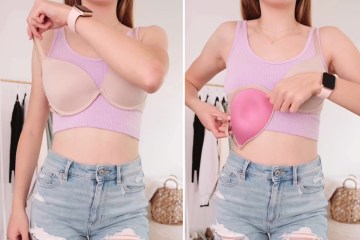 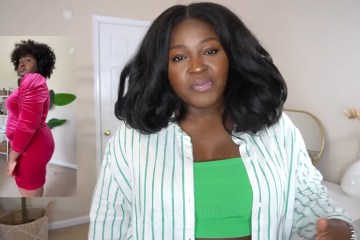 “They have a new lease of life.

“I would have thrown them away but now will definitely wear them again,” she continued.

The woman was left stunned by how well her experiment turned out, as were people who viewed the post.

Many asked how the stitching and rubber soles stayed white and what colour she used.

In response, she updated the post, adding: ” I used a large packet of Dylon in blue jeans colour.

“The stitching/tab/soles etc stayed white. I had no idea what would happen but wouldn’t have been bothered either way.

“I have since learnt that nylon stitching and the plastic elements don’t take the dye.”

And the post has since gone viral with over 2,000 likes, many viewers of the post were tempted to try it out on their own trainers.

“My white converse are looking grubby but are in great condition, this is a brilliant idea,” exclaimed another.

A third commented: “Wow that’s such a great idea, they look new!”

Meanwhile, a fourth person penned: “Great idea. I’ve got some white converse that are really grubby. I’m going to do this rather than throw them out. thanks for the tip.” 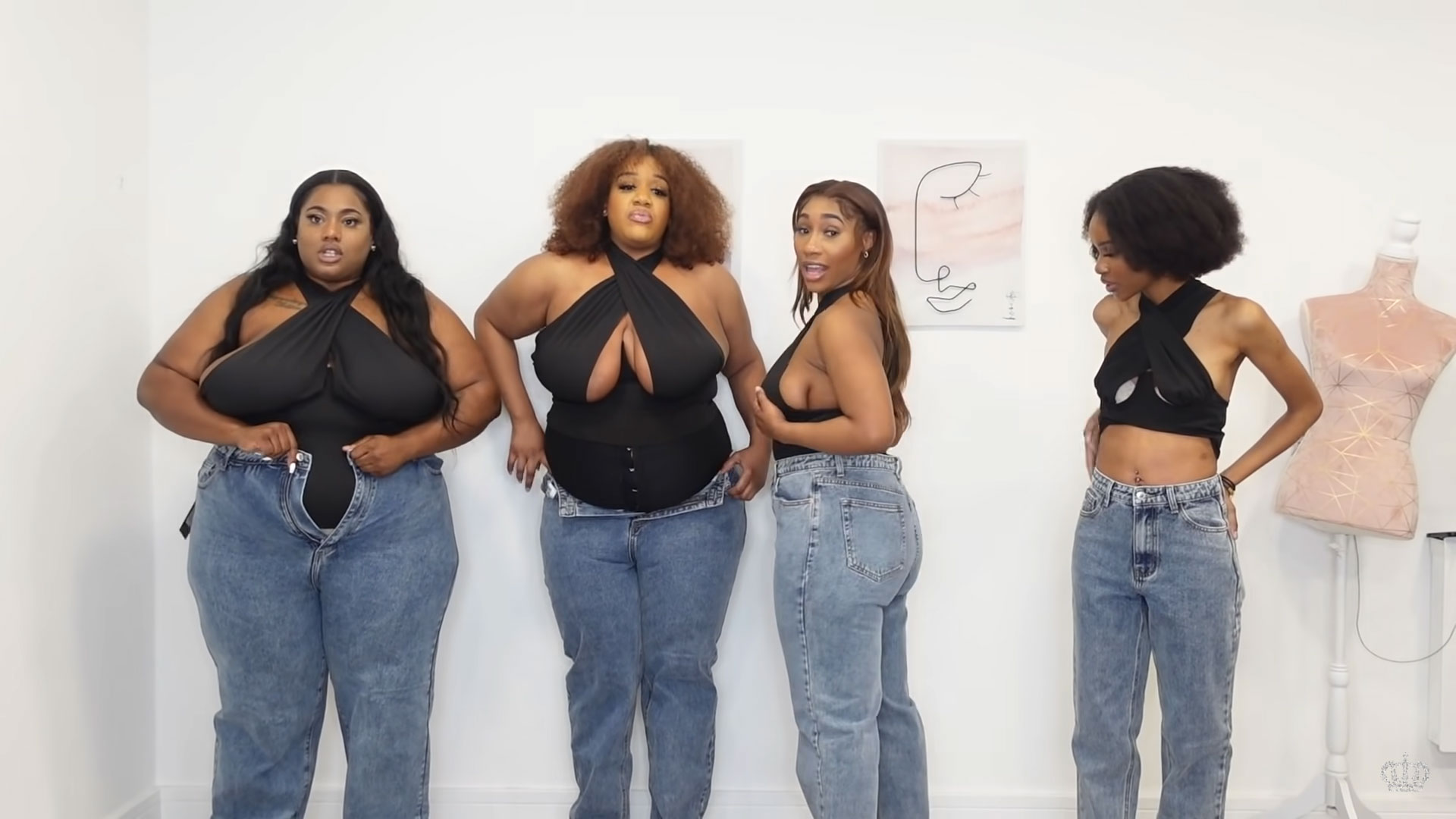 Drake Jokes About Tattoo His Dad Got of His Face: Photo

Rande Gerber Gets a Haircut From Daughter Kaia Gerber: Photo

We’re sizes 6 – 12 and tried on the same four outfits from H&M, there were two outfit that we all loved