We don’t always dress nicely just to impress our husbands, but it still brings a smile to our face when they compliment our outfit.

That is, until they point out something we’d rather not be reminded of, and most mums can seriously relate to this.

In a viral photo shared online, a woman appears with her back turned to the camera wearing a simple black dress with an abstract white line across it.

At first glance it appears as nothing more than a simple design feature, but it’s actually something else.

In the caption above the photo the man revealed: “I complimented my wife on the design on the back of her dress not realising it was our son’s vomit.”

While it’s not known exactly how it got there, it’s not hard to imagine it.

And mums and dads rushed to the comments in fits of laughter admitting they know all too well what it’s like.

“Is this going to be our lives?” one woman commented, presumably tagging her partner.

“Been there” another said after sharing it on her page alongside a string of laughing emojis.

Others joked the design was “mum chic” while one said it could pass off as a bag strap draped across her body.

Many simply tagged a parent they knew who thought it was hilarious.

In more parenting news, we revealed the baby sleep techniques which REALLY work, according to the experts – and what parents shouldn’t bother with.

Plus  one mum feels bored around her nine-year-old daughter and believes she is a rubbish mum.

And a mum shares a super-easy technique on how to get your baby to fart when they have painful gas. 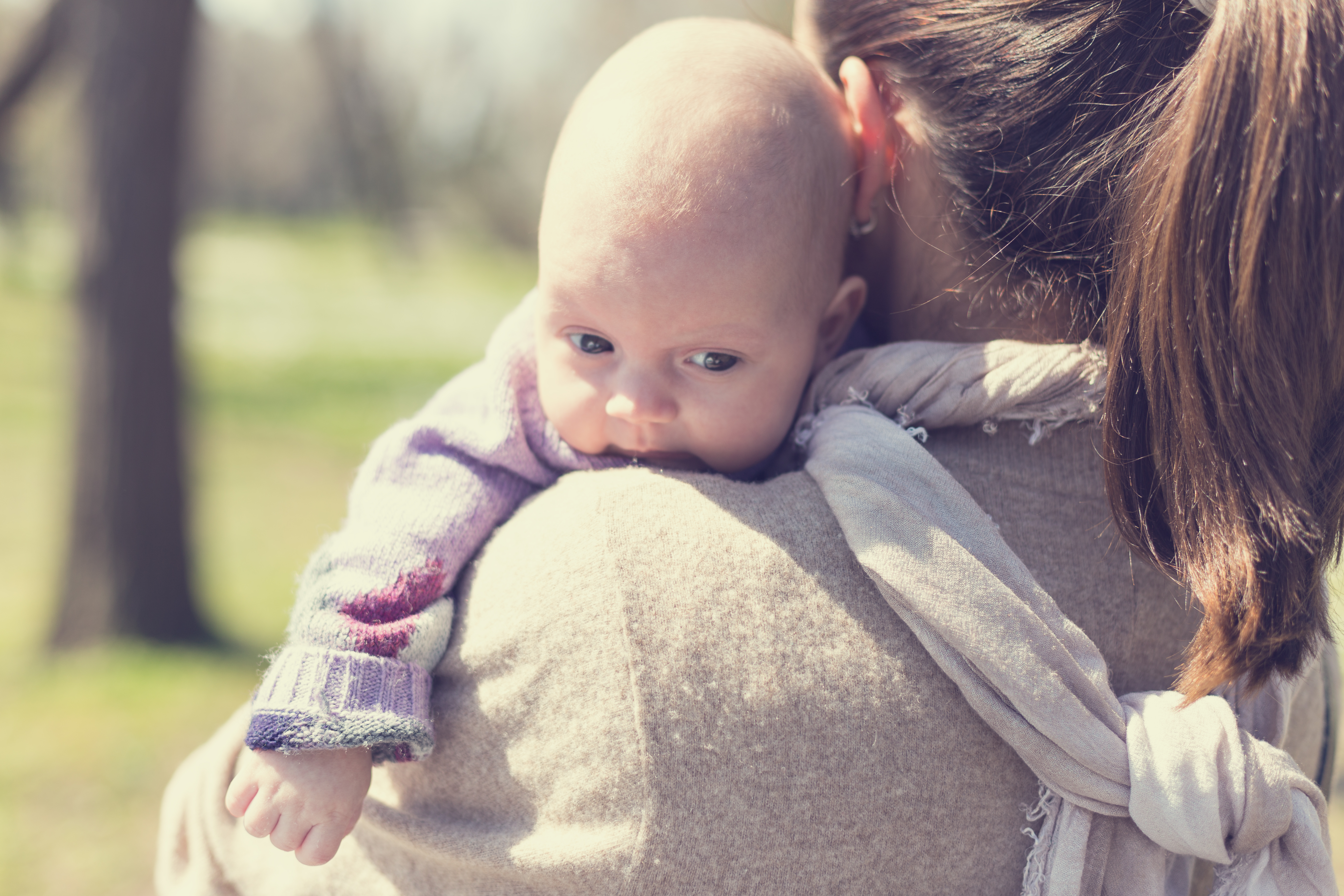 The mum had vomit down her back presumably after feeding her sonCredit: Getty – Contributor