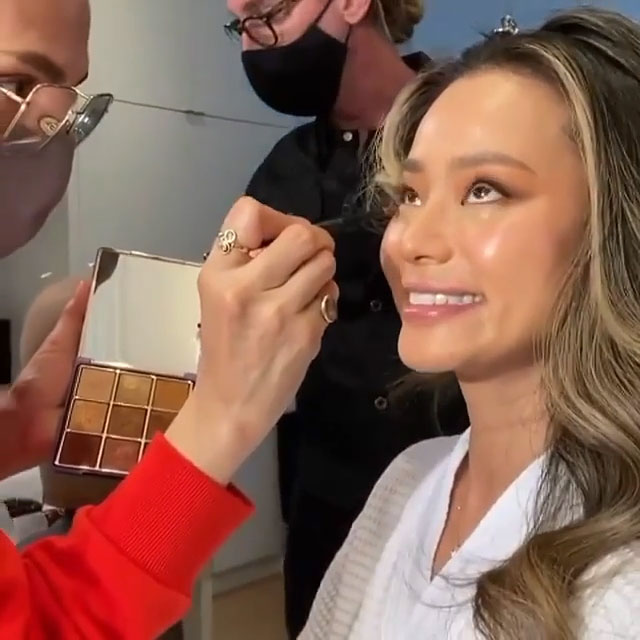 Bring on the beauty! The 2021 Screen Actors Guild Awards, which is taking place on Sunday, April 4, may not have a formal red carpet, but that didn’t stop Jamie Chung from getting her glam on in her Brooklyn home.

The Lovecraft Country actress, who is nominated for Outstanding Performance by an Ensemble in a Drama Series, pulled out all the stops for her first SAG Awards, which were pre-filmed on Wednesday, March 31.

From her gorgeous off-the-shoulder red Oscar de la Renta gown and Stuart Weitzman pumps to her glowy makeup, she certainly made a statement. 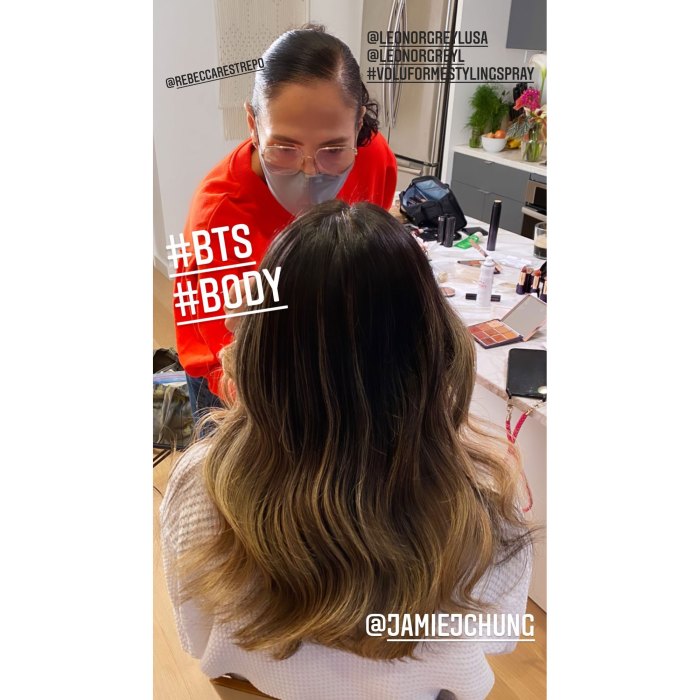 But over at Stylish, we simply couldn’t stop staring at her beautiful, bouncy waves. With no frizz in sight and not a single strand out of place, we had to get the breakdown from the mane mastermind himself, Peter Butler! The celebrity hairstylist has also worked with Cynthia Nixon, Jane Krakowski and Rebel Wilson.

“We wanted to do classic American girl roller-set style: bouncy, full, healthy hair. Like 1980s Calvin Klein, but a modern version where the ends are softer, less curled,” Butler said in a press release.

To achieve that end, he used a full roster of Leonor Greyl products. First up? The Leonor Greyl Voluforme, which he says “works as a setting spray with great hold, but is super-soft, not sticky.”

Once the hair was blown dry with a mixed-bristle brush, it was time to use the “tiniest bit” of the brand’s Éclat Naturel to the ends of the hair. This ensured that the “hair would look super healthy when brush out.” 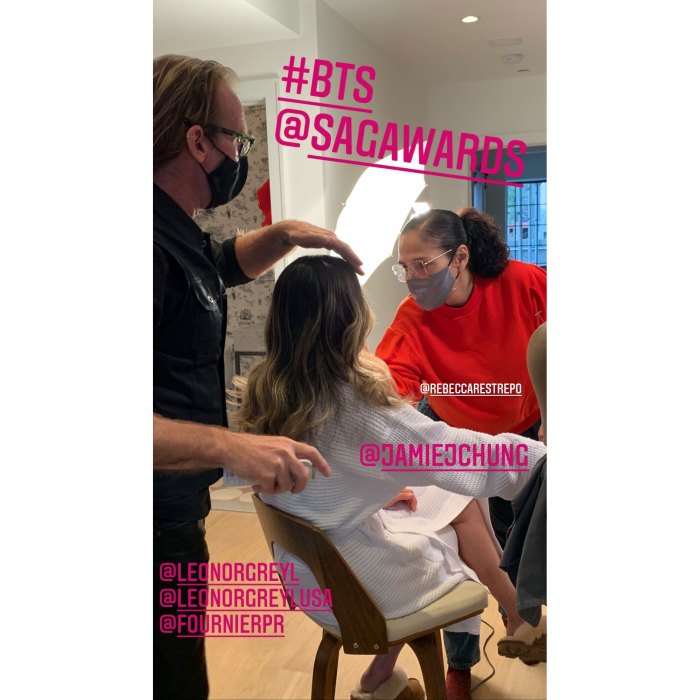 While a handful of stars have rocked deep side parts on the red carpet this season (to Gen Z’s dismay!), Butler gave Chung a straight-down-the-center part that amped up the style’s sleek factor. Then, he used two different sized curling irons to curl pieces away from her face.

After pinning each piece up and fast forwarding 30 minutes, Butler brushed out her hair. “I smoothed the front sections with a blowdryer and a little more Leonor Greyl Éclat Naturel so they wouldn’t be too curly.”

A spritz of the Leonor Greyl Laque Souple, a light hold hairspray, and Chung unquestionably had the bounciest curls at the virtual event!