House Of Gucci is causing a sensation.

Detailing the story behind one of the world’s most luxurious brands, all the seductive threads are there — glamour, power, greed, murder.

Plus there’s a stellar cast: Adam Driver, Al Pacino and Lady Gaga as Patrizia Reggiani, the Italian socialite who organised the assassination of her ex-husband, Maurizio Gucci.

The Italian businessman (played by Driver) was shot in the entrance of his Milan office on the morning of March 27, 1995, at the age of 46.

Following years of infighting, the investigation initially focused on resentful family members before Patrizia, dubbed the Black Widow, was named the mastermind behind the murder and sentenced to 29 years in prison in 1998. 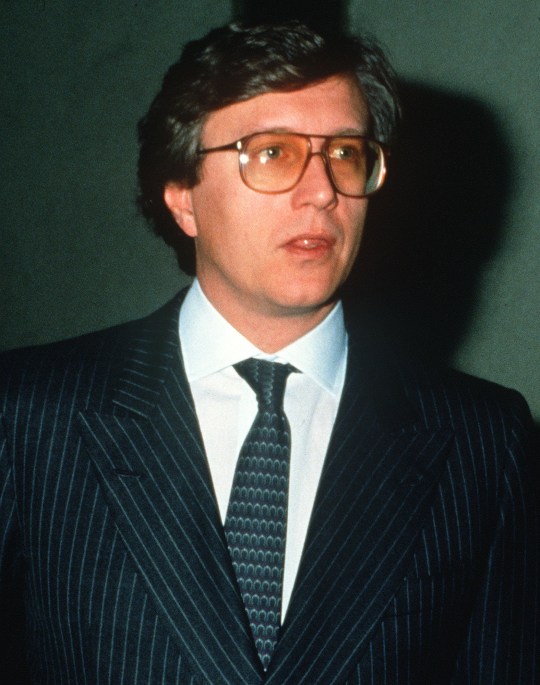 Maurizio Gucci was gunned down outside his office 1995 (Picture: AP)

She famously declined early parole in 2011 as it would have required her to undertake part-time work (‘I’ve never worked a day in my life,’ she reportedly remarked. ‘Why should I start now?’) but was released in 2016 for good behaviour and at the age of 72 remains a flamboyant figure.

She’s known to walk around Milan with a pet parrot perched on her shoulder and isn’t averse to providing shocking soundbites. ‘Why did you hire a hitman to kill Maurizio Gucci?’ asked one TV crew. ‘My eyesight is not so good; I didn’t want to miss,’ she said. 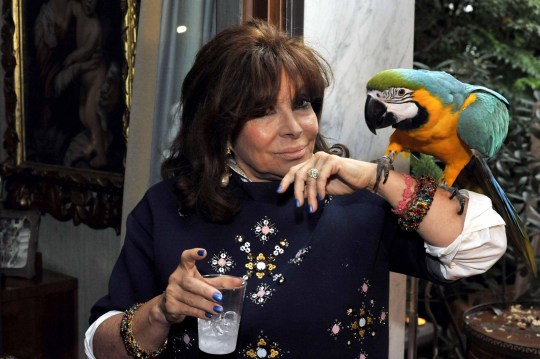 Patrizia’s extravagant and outrageous behaviour, against the backdrop of a feuding family dynasty, could easily distract from the complexities of a tale that ended in tragedy.

It’s something journalist Sara Gay Forden was keen to explore when she wrote The House Of Gucci, the 2000 book that inspired the movie.

‘I always envisioned the story as a film because there are so many cinematic moments but I never imagined it would become a production on this scale,’ says Forden. ‘[Director] Ridley Scott takes the narrative to a whole new level.’ 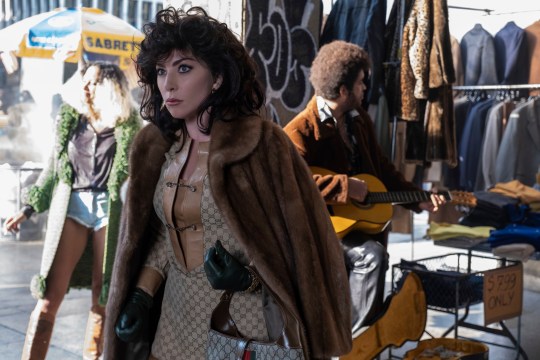 The Gucci story began 100 years ago when Maurizio’s grandfather, Guccio Gucci, who relished the Tuscan heritage for craftsmanship, opened a fine leather goods shop in Florence in 1921.

The name soon became synonymous with quality and when Guccio died in 1953, his two sons took over. Aldo lived in New York and focused on expansion, and Maurizio’s overbearing father, Rodolfo, looked after the manufacturing side of the business in Milan. 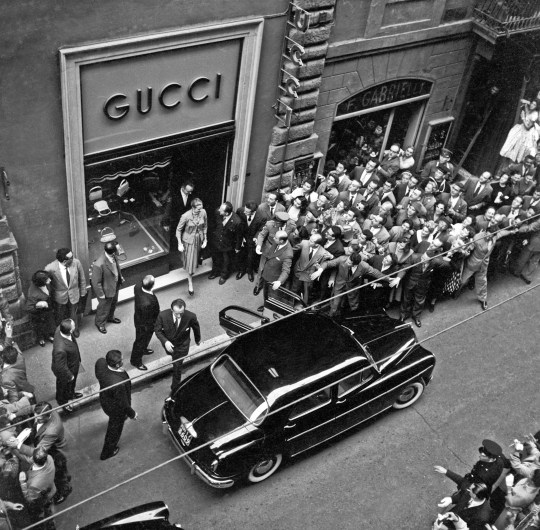 An only child whose mother had died when he was five, Maurizio was shy, unassuming and hadn’t had a serious girlfriend when he met the charismatic Patrizia (played by Lady Gaga) at a party in 1970.

He was instantly bowled over by the diminutive beauty and they married soon after — much to the disdain of Rodolfo, who thought her a social climber and interloper to Gucci’s elite circle. So the pair headed to New York, where Maurizio worked under the mentorship of his uncle.

It was a golden period for the glamorous couple. They had two daughters and led a life of incredible wealth, partying with the A-list. But resentment was brewing from Aldo’s three sons, Roberto, Giorgio and notably Paolo, played by Jared Leto, who created his own brand.

It was the beginning of a tumultuous chapter for Gucci, one dominated by lawsuits and acrimonious behaviour that resulted in Maurizio taking full ownership of the company.

‘I first met Maurizio at a press conference around 1991 and was fascinated by his vision to relaunch the Gucci label, which had become overexposed,’ says Forden, who was working as a fashion business reporter in Milan. ‘He was so charming and warm, filled with joy that he was going to turn around his family company. 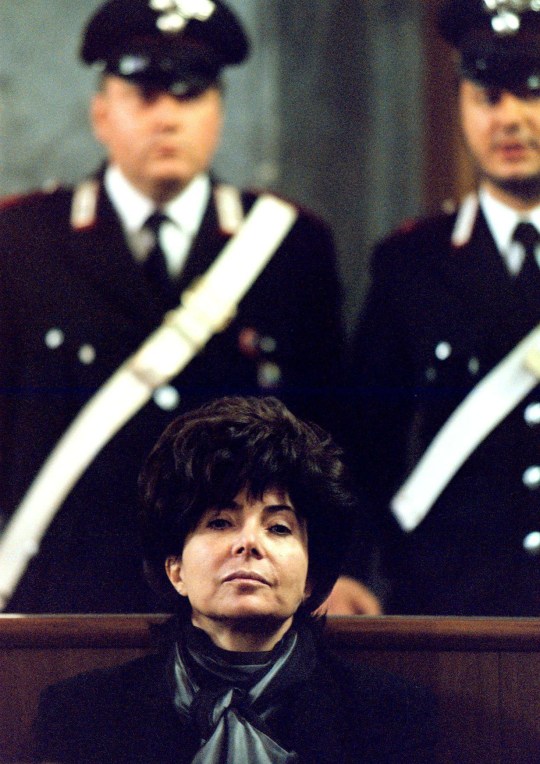 Patrizia was sentenced to 28 years for ordering a hit on her husband (Picture: EPA)

‘At the same time, I got all these people telling me how badly it was going but Maurizio would refute my facts. I’ve since interviewed a lot of people who said he had a lot of people around him but he wouldn’t listen to them and, really, he had no idea what he was doing.’

Gucci was a company in crisis with huge debt, and Maurizio had to sell all his shares to investors in 1993. Meanwhile, Maurizio’s relationship with Patrizia had faltered.

‘Patrizia was a fascinating enigma and very smart. She kind of pushed the envelope, and wasn’t afraid to challenge the social norms,’ says Forden who believes there ‘was genuine love in the beginning’.

But Patrizia became hateful of Maurizio and the threat he, and their divorce, posed to her own status, especially when he started dating childhood pal Paola Franchi, and she put word out for the hit.

‘Money and mistrust drove the family apart and drove Maurizio to be killed,’ says Forden, who began researching the book in 1997.

‘The company had started to take off and was exactly what Maurizio had envisioned. 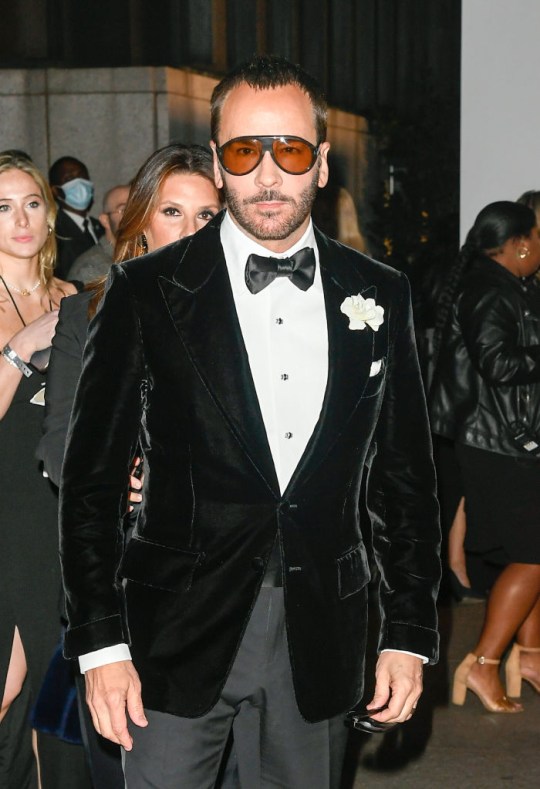 Tom Ford had an edgy vision for the brand (Picture: Raymond Hall/GC Images)

‘Not the same style, because it was under the control of Tom Ford and he had a sexy, edgy vision for Gucci, but it was back at the top of luxury goods. That’s when I saw a narrative, the rise and fall and then the rebirth of this legendary brand,’ says Forden.

‘Maurizio was always so upset by the family battles, he never wanted to talk about the past but I feel in this moment Gucci is able to address that and look to the future,’ says Forden, and references the recent fashion show in LA.

‘It was dotted with Gucci icons, the GG logo and the aviator glasses Maurizio used to wear, and I think that’s a resolution. I think this movie is going to help infuse this brand with the story and have it live on.’ 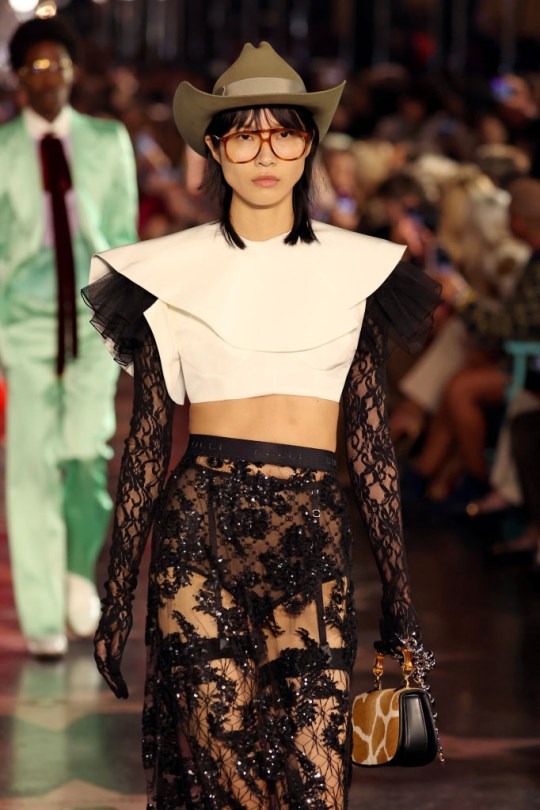 Gucci’s latest runway was filled with throwbacks to the brand’s past (Picture: Amy Sussman/Getty Images)

‘In many ways, the events leading to the murder of Maurizio Gucci enabled Gucci to reach levels of unprecedented success.

It was Maurizio’s sale of Gucci to Investcorp International, coupled with a new creative vision spearheaded by Tom Ford, that revamped the brand,’ says Caroline Stevenson, head of cultural and historical studies at the London College of Fashion. 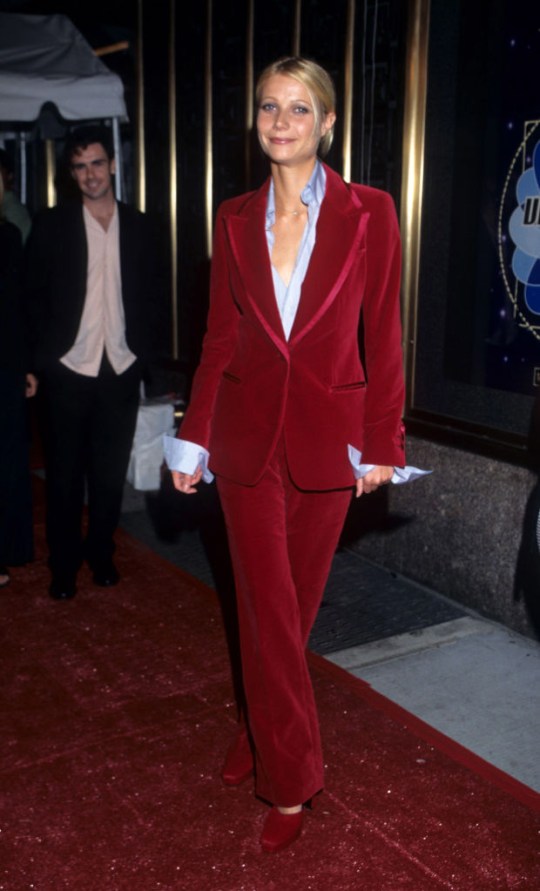 ‘A few months after the murder, Ford launched a glamorous womenswear collection of velvet hip-huggers and vibrant satin shirts, modelled by Kate Moss and Amber Valletta.

‘The collection signified rebellion from Gucci’s signature knits and stale colours to a new era of super-sleek, glam and sexy womenswear. Sales started soaring and the company has, since then, maintained its position as one of the world’s most recognised brands.’ 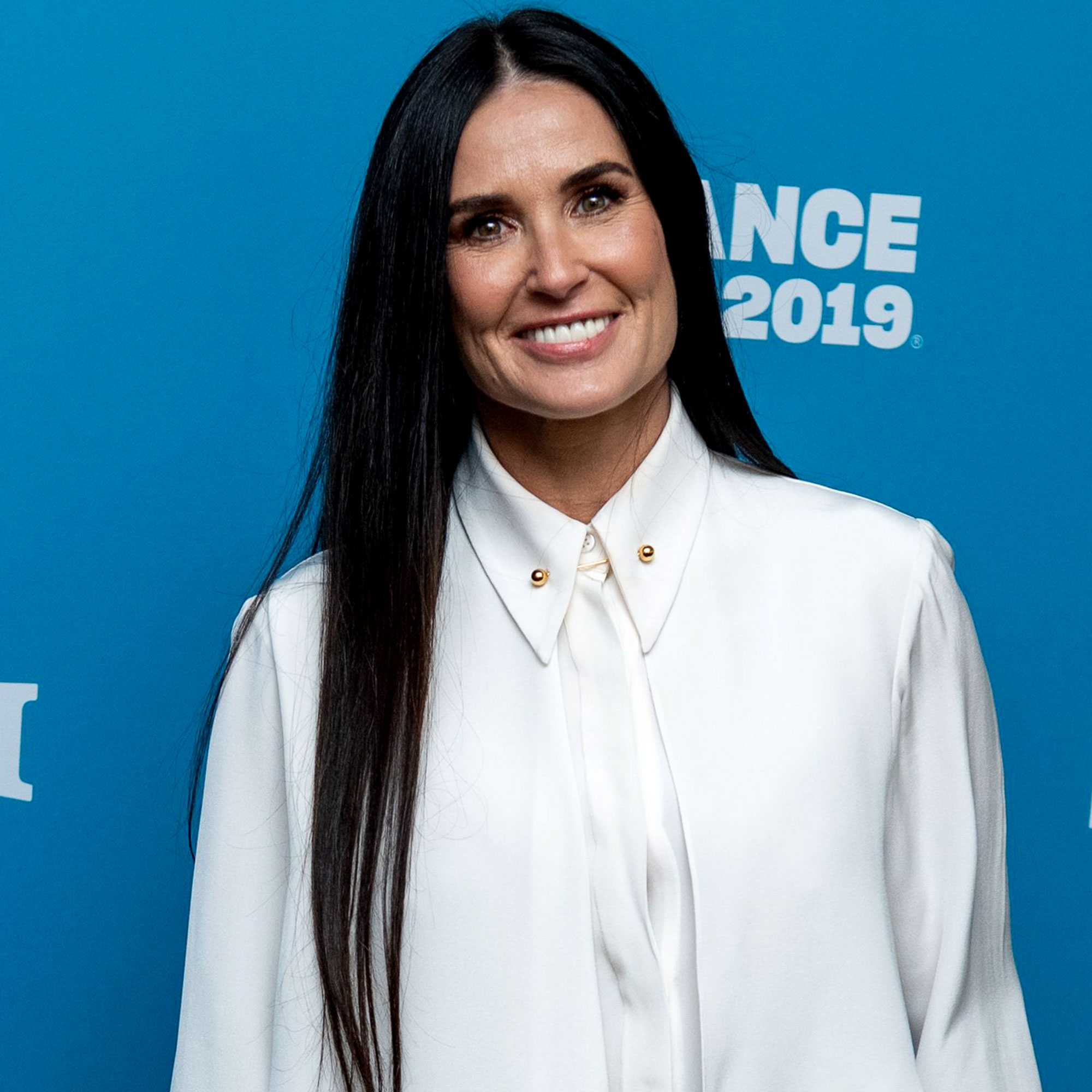