The men in music know how to clean up nicely! There’s no question that the guys brought out their best for the 2021 Grammy Awards because — objectively speaking — the red carpet was on fire. From out-of-the-box suit and tie getups to completely non-traditional high fashion attire that blew Us away, the men proved they know how to turn up the heat.

The 63rd annual Grammys definitely looked a lot different than last year, but the academy still rolled out the red carpet for nominees and presenters at the Staples Center in Los Angeles, California on Sunday, March 14.

All the stars decided to leave their baggy sweat-pants and worn out T-shirts at home. Instead, singers, rappers and celebs suited up in their most fashion-forward looks.

A decent number of men proved that it’s time for the tie to step aside. The bow tie is having a major moment. For example, Big Sean looked dapper as could be in a Zegna black tuxedo with a silk bow tie to boot. The night’s host, Trevor Noah, also went for a classic look, wearing a Gucci tuxedo paired with — you guessed it — a black bow tie.

Other red carpet standouts include DaBaby and Finneas O’Connell. They chose riskier ensembles, but their style choices paid off.

DaBaby, who adorably held an at-home red carpet for his daughter, brought his A-game in a brown Dolce & Gabbana jacquard print tuxedo, which he paired with a wide brimmed hat and a yellow turtleneck. O’Connell on the other hand, opted for a pop of pink with a pastel Gucci suit, featuring black lapels.

Of course, this hottest hunks list wouldn’t be legit without an overwhelming round of applause for Harry Styles. The “Watermelon Sugar” singer graced us with not one, not two, but in fact a grand total of three brightly colored boas a la the ‘90s. And let Us just say, we never thought a feathery party scarf could look so freakin’ good!

Obviously the rest of the One Direction alum’s look didn’t disappoint either. He wore a complete Gucci ensemble, including a yellow tweed jacket, sweater undershirt and brown velvet pants.

Keep scrolling to see these looks and more men’s style at the 2021 Grammy Awards. 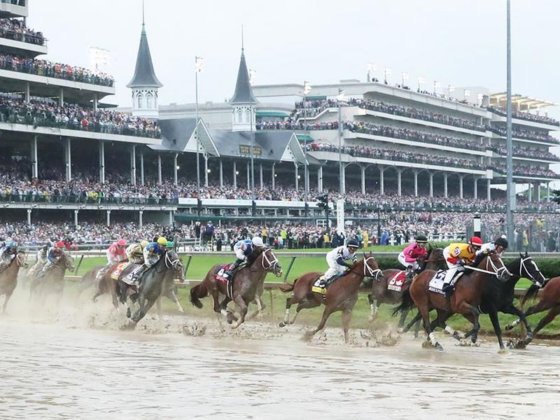 3 Men’s Hats That Are Perfect for The Kentucky Derby

Somebody Give Cristin Milioti an Emmy Already