Helene York at the New York Premiere of Amazon’s “The Aeronauts” on December 4, 2019.
Marion Curtis/StarPix for Amazon/Shutterstock

Something borrowed! On Thursday, December 23, The Other Two star Heléne Yorke took to her Instagram Story to model her mother’s wedding dress from 1982 — and the vintage design looked positively lovely.

But that’s not to say that the dress has gone untouched since her mom wore it nearly 40 years ago. Celebrity costume designer Sam Bennett (who has worked with Lady Gaga and a bevy of other stars) tweaked the dress so it could get a new life in the Vancouver native’s closet.

Yorke documented the transformation process on her Instagram Story. “Here’s the sad moment I realized I could’ve EATEN my Mom in 1982,” she wrote as a text overlay on a mirror selfie of the too-small design. 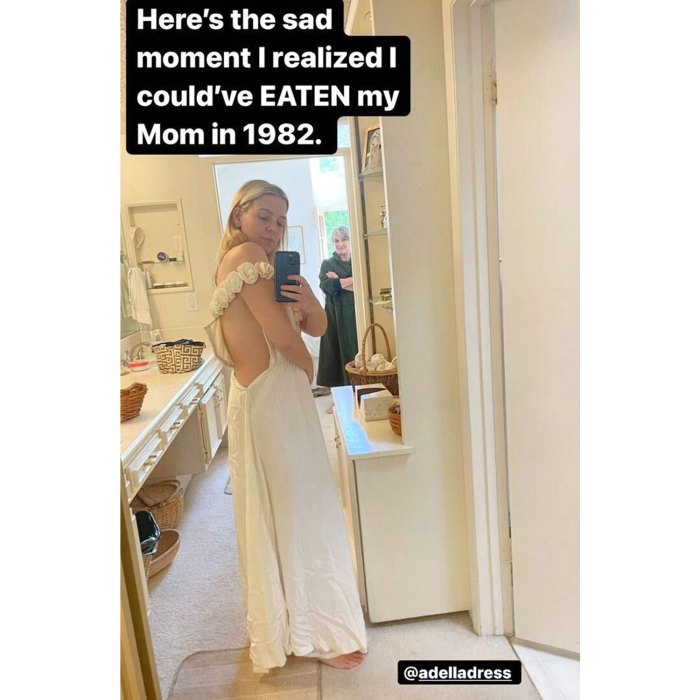 After Bennett worked his magic on the garment, Yorke snapped yet another selfie, this time looking like it was custom-made for her. The off-the-shoulder number features a floral embellished details at the hemline that extend down the dress’s center.

“Sam performed fashun surgery and gave it new life,” the actress wrote as a text overlay on the mirror pic. “Thought it wasn’t possible. I love him and I can’t believe someone that skilled and magical said yes to helping me.” 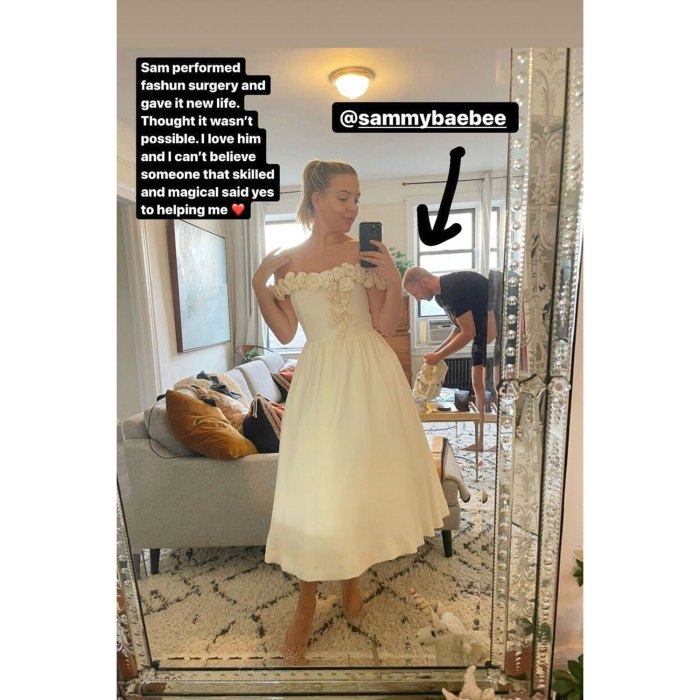 As fabulous as the dress looks on Yorke, she won’t be wearing it to tie the knot because she’s already married. The actress said yes to forever with now-husband Bary Dunn in September, after getting engaged on Valentine’s Day. They tied the knot at the Ace Hotel in Brooklyn, New York, right around the corner from Grand Army, where they had their first date in February 2019, per their wedding website.

Celebrity Couples Who Got Married in Secret

Yorke isn’t the only star who’s taken her mother’s wedding dress for a test run — or, well, the real thing. In 2016, Margot Robbie married husband Tom in Australia in a top-secret ceremony wearing her mom’s vintage boho wedding gown.

And reality star aficionados will never forget when Kim Kardashian and sisters tried on mom Kris Jenner’s gowns for fun in 2009. “If you guys watched the wedding special, you’ll remember the part where my mom brings out her old wedding gowns,” Kim wrote in her now-defunct blog. “My mom started crying because she had waited 30 years to bring this dress out, so I tried it on for her,” she recalled. “It was a perfect fit!”