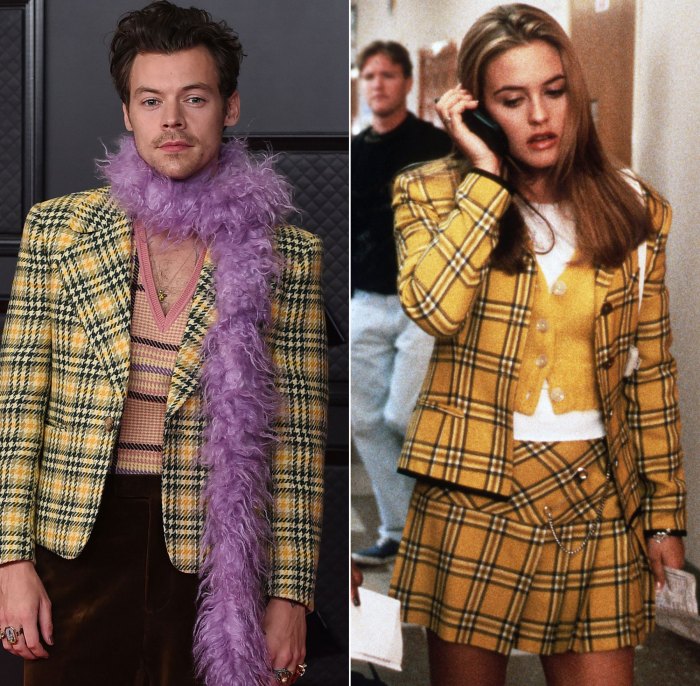 As Cher Horowitz once said, we are totally butt crazy in love with … Harry Styles. The “Watermelon Sugar” singer showed up to the 2021 Grammy red carpet looking absolutely amazing as per usual, but we couldn’t help but notice the star took a bit of his evenings’ style inspo straight out of the movie Clueless.

For the 63rd annual awards show, which aired on Sunday, March 14, Styles was the living embodiment of a ’90s style moment. Known for embracing gender-fluid fashion, the One Direction alum wore head-to-toe Gucci, including a yellow plaid blazer that served up major Cher Horowitz vibes.

The 27-year-old pop star is never one to leave out a wow factor when it comes to his clothing choices, so it’s no surprise that he paired the jacket with a V-neck sweater, brown velvet pants and a purple boa.

Obviously, the internet had a lot to say about this look. Aside from the undeniable Cher Horowitz comparison though, fans were quick to point out that Styles may have taken a nod from yet another iconic celebrity look.

The outfit in question? Ashley Tisdale at the Princess Diaries 2 premiere in the early 2000s. While the High School Musical star has come out and said that the pink look was not one of her finest fashion choices, Styles may beg to differ.

His boa look awfully familiar to the pink one she sported way back when. One twitter user posted a side-by-side of the two, noting that Tisdale is “the influencer” and Styles is “the influenced.”

The “Adore You” singer continued to serve up some strong style moments as the night went on, wearing another Gucci ensemble for his on-stage performance. For the mini-concert, he wore a black leather cropped jacket, flared pants, black leather boots and, what must be his new favorite accessory, a mint green faux fur boa. 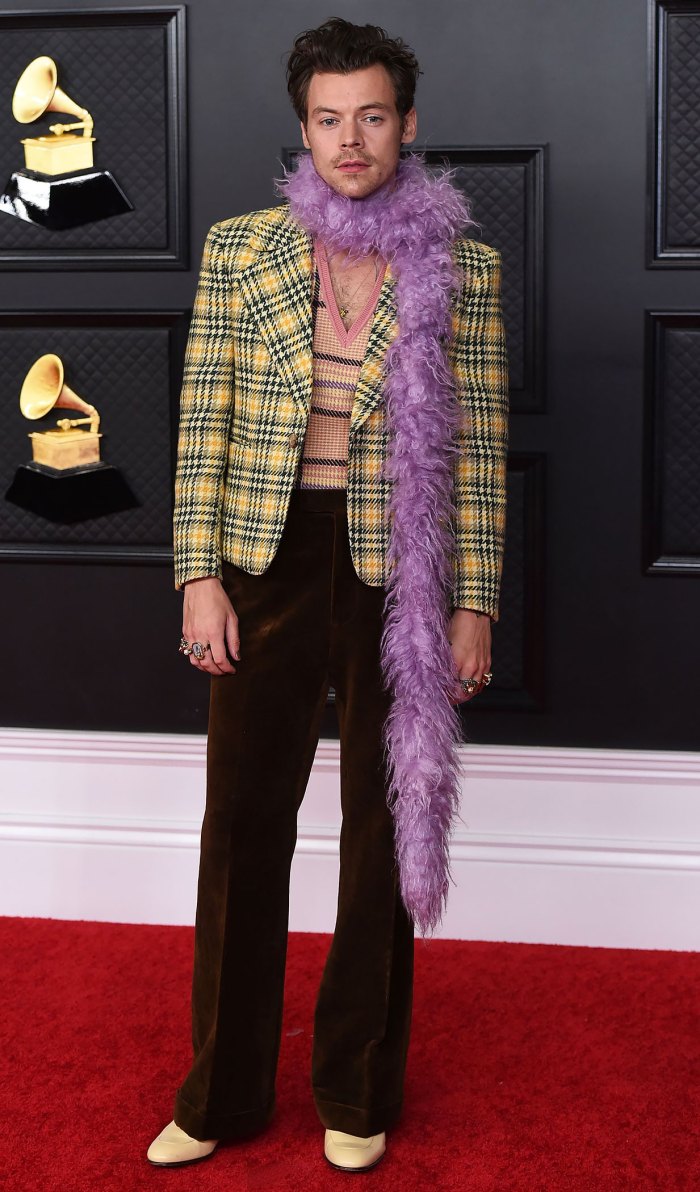 As for the inspiration behind the stars first Grammys look? “We wanted to do something that felt British and eccentric,” Styles’ stylist Harry Lambert told Vogue. “A little bit rock ’n’ roll and a little bit camp. I hope we did this with the mix of the tweed and the boa, [which is] Britishness, rock ’n’ roll and camp all rolled into one.”

These Are the 10 Biggest Fall/Winter Fashion Trends for 2021

Tiger King’s Carole Baskin Launches ‘Are You Kitten Me’ Apparel