The 48-year-old actress, who played Chastity in 10 Things I Hate About You, brought back all the ‘90s flashbacks in a Tuesday, June 1, TikTok video.

“We like our Skechers but we ❤ our #PradaGalleria bags. 😘 we ❤ #10ThingsIHateAboutYou #ForYourPride #freetobe #lgbtqia #pride2021🏳️‍🌈,” Union captioned her short video with Wade, referencing Bianca Stratford’s (Larisa Oleynik) poignant analogy from the 1999 romantic comedy.

To be fair, the star, who is married to Dwayne Wade, has upgraded the phrase from Prada backpack to Prada handbag. Alas, the message still rings true.

While the navy Galleria bag takes front and center, the Bring It On star and her stepdaughter, who came out as transgender in February 2020, also model fabulous fashion from the label’s spring line.

As Olivia Rodrigo’s “Deja Vu” drops, Zaya, 14, struts down the steps in Prada’s triangle logo trimmed robe, a white button down and black shorts, which she paired with black Prada loafers.

Once she tosses the bag to Union, who is casually sitting on the steps, the two have a high-fashion Freaky Friday moment. All the sudden, Union finds herself in Zaya’s first outfit and Zaya is dressed in Union’s white t-shirt, black tube top, eyelet skirt and black loafers.

Fans were quick to obsess over the short clip, many commenting on the designer looks.

“IDK which flex is better, you wearing the size as Zaya or the Zaya can raid your closet and be fab and age appropriate,” one fan wrote. Another said, “Zaya understood the assignment and slayed as she should.”

This isn’t the first time the duo has acknowledged their love for the romantic comedy on TikTok. In March 2021 Union and Zaya recreated the “whelmed” scene.

Zaya assumed her stepmother’s previous role for the purpose of the video. She said: “I know you can be overwhelmed, and you can be underwhelmed, but can you ever just whelmed?”

Union responded, “I think you can in Europe,” quoting Bianca’s response from the movie. 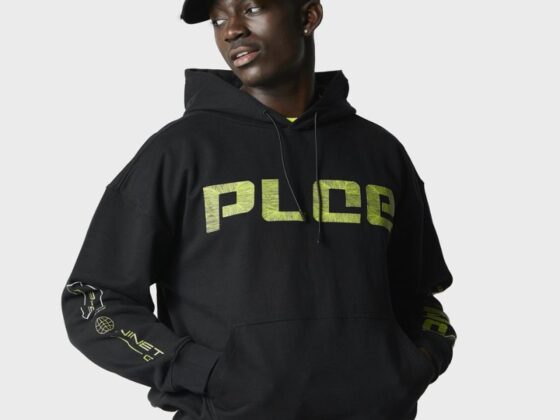 Best Sweatshirts for Stepping up Your Casual Look