Baby girl on board?! Cardi B is known for insanely intricate and over-the-top nail art, but fans are convinced that her latest look is a heck of a lot more than a simple style statement.

The 28-year-old singer, who is pregnant with her second child, took to Twitter on Monday, July 5, to show of her bling-encrusted nail art, which featured loads upon loads of sparkle.

“I’m giving ya my 2014 nails back again,” she captioned the video, giving her 18.4 million followers a full view of her absurdly shiny — and we imagine insanely heavy — acrylics.

I’m giving ya my 2014 nails back again pic.twitter.com/y9iNrEE6WA

While there was much to discuss about the nail art, from the diamond-encrusted, gothic print “CARDI” letters to the massive ruby heart on her ring finger and crystal snake appliqué, fans decided to focus in on two, more subtle details.

On the “I Like It” singer’s left pointer finger was a 3-D baby bear holding a pink heart. And given that the star had the name of her first daughter, Kulture, as well as “mama” written on the same hand, many fans predicted that the pink bow was a clue about her growing family.

One fan wrote, “ITS ANOTHER GIRL!!!” Another retweeted the star’s blinged out manicure and added the caption, “Girl 💋💋💋.”

Others were a bit more skeptical, noting that in addition to the pink bow, the singer also had a blue butterfly on her thumb. “Oh sh—t she put multiple colors … nvm,” a fan noted. “The blue butterfly … ITS A BOY sksksksks,” someone else guessed.

“I know I’m not the only one peeping the TWO butterfly colors,” another follower added, pointing out that she had pink and blue butterflies adorned to her nails.

While there’s certainly mixed messages going on with the nail art, it’s safe to say that fans are pretty excited for the rapper and husband Offset to be adding another little one to their family.

Cardi B — iconic as always — announced her pregnancy via a major fashion statement at the BET Awards on June 27.

Seconds prior to taking the stage for a performance alongside Offset’s group, Migos, the star shared a pregnancy announcement via Instagram with the caption: “#2!” In the photo, she posed with a white cast around her growing belly.

She proceeded to step on stage in a blinged out, custom Dolce and Gabbana jumpsuit with sheer material over her belly bump.

The couple, who were married in 2017, also share 2-year-old daughter Kulture. 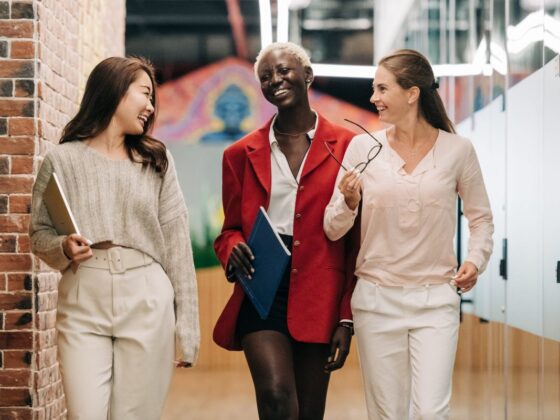