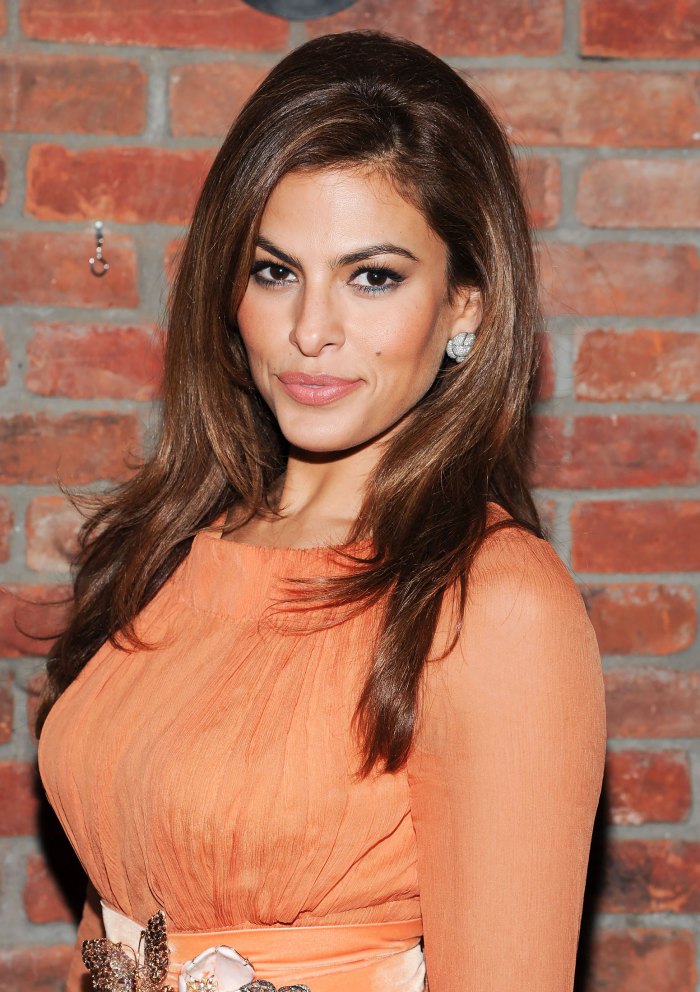 Eva Mendes is one Stylish star! The 47-year-old actress has stunned in a handful of gorgeous gowns, couture minis and even the occasional menswear-inspired pantsuit at awards shows over the years, but she’s finally spilling which red carpet look was her favorite of all time.

“I’m often asked what my favorite red carpet dress is. This @versace is definitely up there,” she captioned a Monday, April 19 Instagram post.

The Atelier Versace dress in question is gorgeous rose gold number she wore to the premiere of Les Petits Mouchoirs at the Rome International Film Festival in 2010. 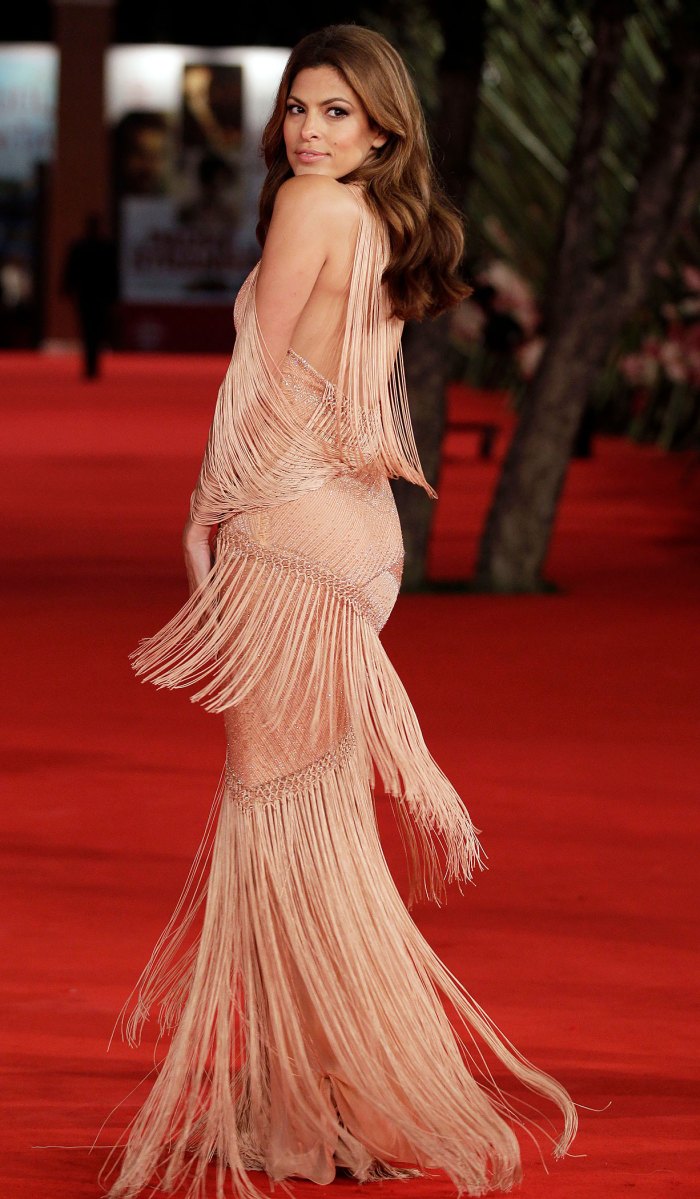 With intricate beading and silk fringe along the shoulder, waistline and bottom, this gown was nothing short of show stopping. The halter neckline, low back and asymmetrical cuts made for a dress that was uber-flattering and, ultimately, timeless.

For the evening’s event, she styled her hair in bouncy Old Hollywood waves and kept her makeup to a minimum.

Fans and friends were quick to jump into the comments to show their approval — overwhelming agreeing that this peachy pink number was one of the We Own the Night star’s best looks to date.

Pulitzer Prize winning photographer Lynsey Addario wrote, “Omg that dress … (and the gorgeous woman in it!!!)” A fan also chimed in with, “WOW @evamendes you look stunning in that dress … and super sexy.”

Others noted that they’re longing for the days when Mendes strikes a pose in a couture gown once again. “Would love to see you on the red carpet again,” a fashion-loving fan writes.

While the red carpet has been rather untraditional for the 2021 awards season, it’s not the only reason Mendes has been skipping out on shows and premieres.

The star, who shares daughters Esmeralda Amada, 6, and Amada Lee, 4, with husband Ryan Gosling, revealed to Shape back in April 2017 that she’d much prefer to stay home than get all dolled up.

“What people don’t know about me is that I love being home. Instead of hitting the red carpet, I’d rather be with our girls,” she told the outlet.

Even though the star has scaled back her red carpet appearances since becoming a mom, she’s proved that she knows how to get all glammed up.

At the 66th annual Golden Globe awards in 2009, she stunned in a strapless white Dior gown with a statement turquoise necklace that was very on-trend at the time.