Clapping back. Doja Cat has some words for those who criticized her decision to shave her head and eyebrows.

The singer, 26, fired back at trolls via Twitter on Sunday, August 14, telling haters, “Go f–k yourselves.”

“I won a grammy and traveled the f–king globe. I’ve had a #1 and I went platinum,” she wrote. “I make hit after hit after hit and you all want me to look f–kable for you so that you can go home and jerk your c–ks all day long while you live in your mothers basement. Go f–k yourselves.”

Doja’s scathing social media post came after she debuted a buzz cut on August 4. “I was never supposed to have hair,” the “Say So” artist told her followers via Instagram Live. “I don’t like having hair … I cannot tell you one time since the beginning of my life that I’ve ever been like, ‘This is cool.’ I just do not like to have hair.”

Opening up further, Doja said that her hair prevented her from working out because her wigs would “slide” and “peel” off her head due to the moisture from sweating. “I couldn’t focus because I was more concerned with how I looked and how my hair was doing,” the California native admitted. 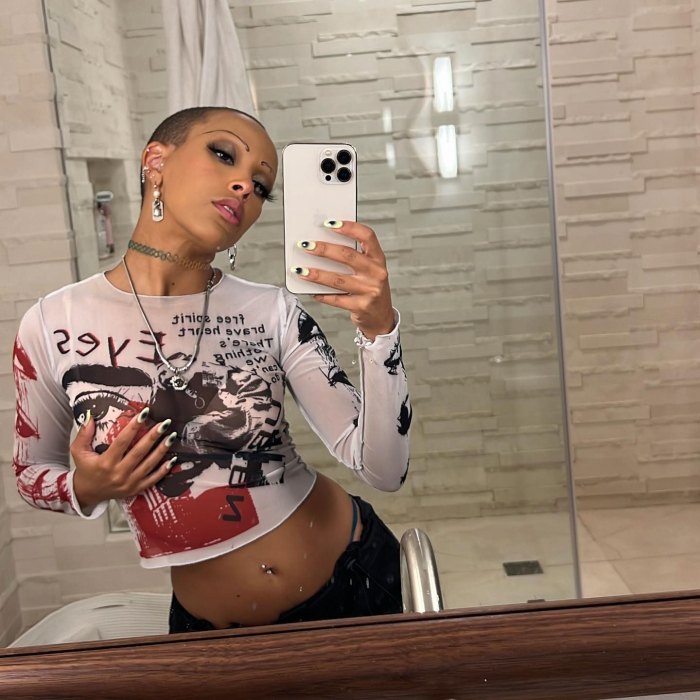 She continued: “I can’t believe it took me this long to be like, ‘Shave your f—king head.’ Because first of all, I don’t wear my hair out. You guys have seen me wear my natural hair out, I had, like, two eras where my hair would be out … It’s just a nightmare. I’m over it … What is the use of having hair if you’re not gonna wear it out?”

Doja explained that her big chop will allow her to enjoy fitness and provide her with the freedom to switch up her look whenever she wants.

“If I wanna do a buzz cut color, I can do any color without actually doing it to my own head … I can do a buzz cut wig. Either way, it’s much easier all around,” she shared.

It was also during the Instagram Live that the “Woman” artist shaved her brows.

Proving how versatile her new look is, Doja has since unveiled a series of different brow designs. On August 6, the “Rules” musician posted a photo of herself rocking a floral drawing above her eyes and a then an apple depiction on Sunday.

While some have slammed the Billboard Music Award winner’s new aesthetic, her loyal fans are loving it.

“This makeup is soooo elite,” wrote on fan via Instagram in response to her apple brow design. “An absolute qweeeen. Love youuuuu,” a second fan commented.

A third fan applauded Doja’s authenticity, writing: “I love how she doesn’t always pose to be perfect and doesn’t think so highly of herself because a lot of celebs edits their pics and it makes teen girls so insecure so I stan [Doja] idc.” 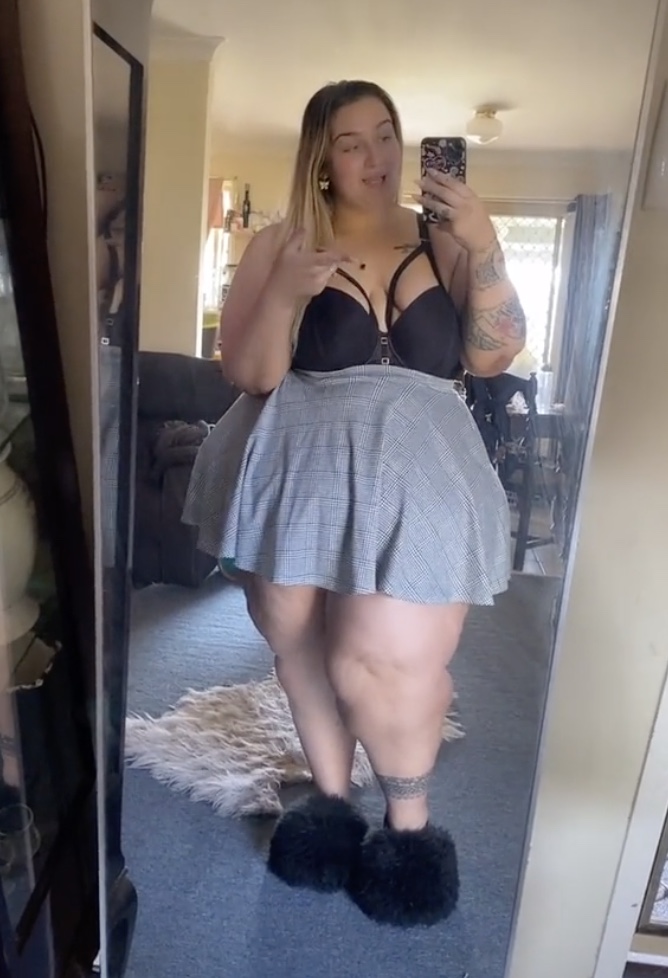 Khloe Kardashian Lets Chicago Do Her Makeup in Sweet Video