Camila Cabello at the Costume Institute Benefit celebrating the opening of In America: A Lexicon of Fashion at The Metropolitan Museum of Art in New York on September 13, 2021.
Matt Baron/Shutterstock

Calm, cool and collected. Camila Cabello may have flashed her nipple on The One Show, but she handled the entire situation like a total pro.

The 25-year-old actress made an appearance on the British show on Monday, March 7, to promote her new single, “Bam Bam.” All was well and good until the singer was tasked with showing off her favorite dance move from the music video.

Cabello, who was wearing light wash jeans and a red button up, stood up to get ready to move before oh-so casually revealing that she kept her pants unbuttoned for the virtual appearance. 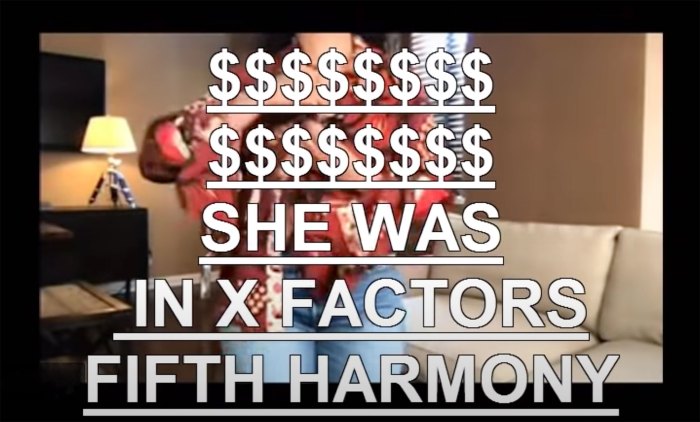 Camila Cabello on “The One Show.”
BBC/YouTube

“I actually undid one of my pants because I just had a sandwich and I gotta make it easy for myself today,” she joked to the show’s hosts. Once the final button on her jeans were secured, the Cinderella star geared up to show off her favorite dance moves.

But as she started show off her “step step step hit” salsa groove, her patterned top slipped off of her shoulder and revealed her right breast. “I just flashed you,” Cabello casually said before completing her entire routine perfectly. Seriously, she didn’t skip one, single beat!

When all was said and done, the actress quipped: “I hope you didn’t see nipple.” Even though there was a surefire wardrobe malfunction, Cabello handled the situation like an expert — and fans took notice. Following the clip, they took social media by storm.

“Camila Cabello’s response to her nip slip was so well played off I would not have been able to keep my cool,” a person tweeted, while another joked, “Camila Cabello is 25 and handled a nip slip on live national telly better than I, a 34 year old, can handle finding out we’ve run out of milk.” Someone else said: “Camila handled that nip slip like a f—king boss. She seems so lovely.”

The singer isn’t the only star to run into a virtual wardrobe malfunction in recent months. Rewind to November 2021 and Charli XCX also ran into a little mishap during the ARIA Music Awards.

While congratulating Justin Bieber and The Kid Laroi, her spaghetti strap fell down and exposed her left breast. Since the show was pre-recorded, the footage was edited out for the show.

That said, the 29-year-old singer made the decision to share the original clip via her Instagram. “Congrats guys,” she captioned the video.