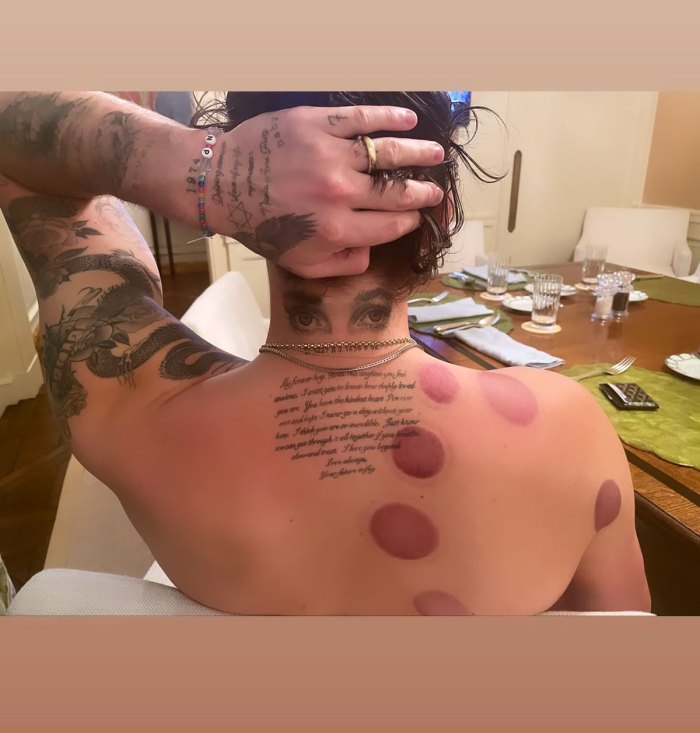 That’s gotta hurt! Brooklyn Beckham took to Instagram Stories on Tuesday, April 20, to show off some very purple, circular bruises on his back.

In the picture, the 22-year-old photographer pushed up his hair to give a full view of 6 marks trailing from the middle of his back, up his shoulder and over to his left arm.

But fear not — Beckham didn’t go off and get some peculiar tattoo (although we wouldn’t put it past him!) or get into a dangerous accident. Instead, he simply had a body treatment called cupping. 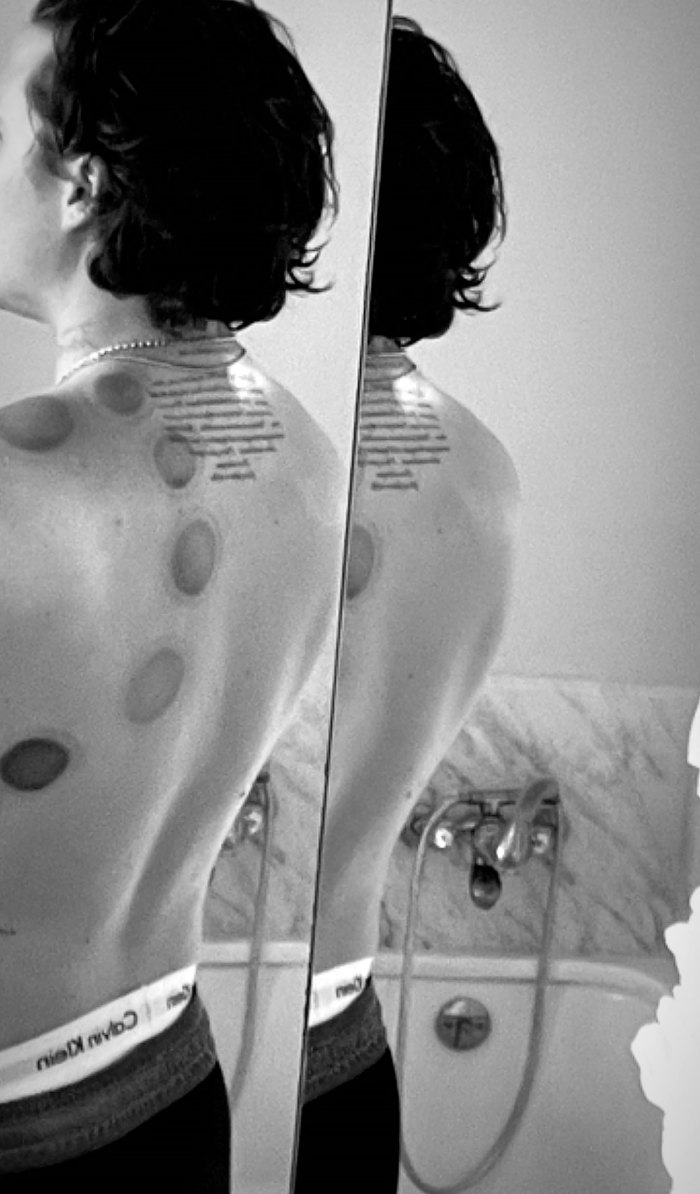 The treatment, which has popularity with stars like Ashley Graham and Kaley Cuoco, is a form of alternative medicine pretty similar to   a deep-tissue massage. Maybe all that wedding planning and soccer playing is causing Beckham to hold a bit of tension in his shoulders!

“It’s [cupping] a popular treatment for muscle pain that originally stared in Middle Eastern, Egyptian and Chinese cultures and was recently popularized with use by pro athletes,” Dr. Michele Faber, board-certified dermatologist at Schweiger Dermatology Group in Philadelphia, PA tells Us Weekly.

She explains that the treatment uses cups to “create suction and promote blood flow to muscles,” which in turn can “promote healing and reduce pain.”

While the bruising looks a bit alarming and can take a few weeks to heal completely, Dr. Farber tells Stylish that the treatment is “generally well tolerated” and simply caused by the “breakage of superficial vessels.” 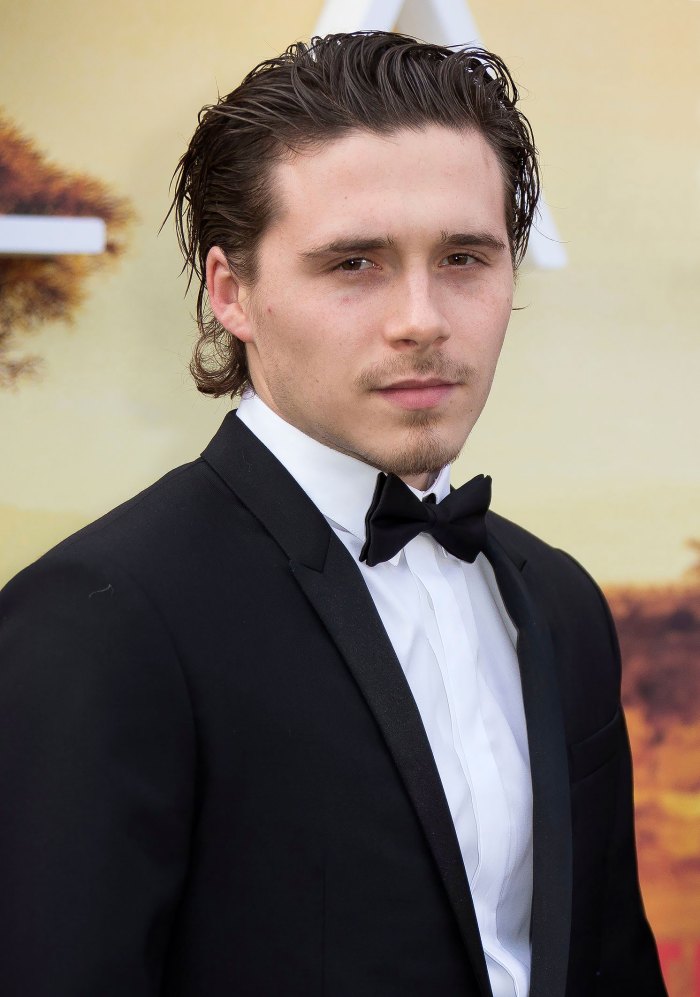 Thankfully, the aftermath of the procedure isn’t painful either, because Beckham had quite the busy day. The model, along with his fiancée Nicola Peltz, brother Cruz, sister Harper and mom Victoria Beckham went to support David Beckham’s a this soccer game at the DRV PNK Stadium in Florida.

David’s team, Inter Miami CF, lost to LA Galaxy, but the family still had a great time in the stands — and there were plenty of photos to prove it!

Perhaps one of the sweetest pictures from the day’s event was shared on Peltz’s Instagram page. The 26-year-old model cozied up with Harper, 9, before heading to the stadium. “What an amazing game day with my family,” she captioned the post.

In the picture, it’s clear that Harper is following in Victoria’s footsteps — she’s quite the fashionista! Not only is she rocking a super cool, modern day French manicure with blue and pink tips, but she also has on the trendiest patchwork jeans. 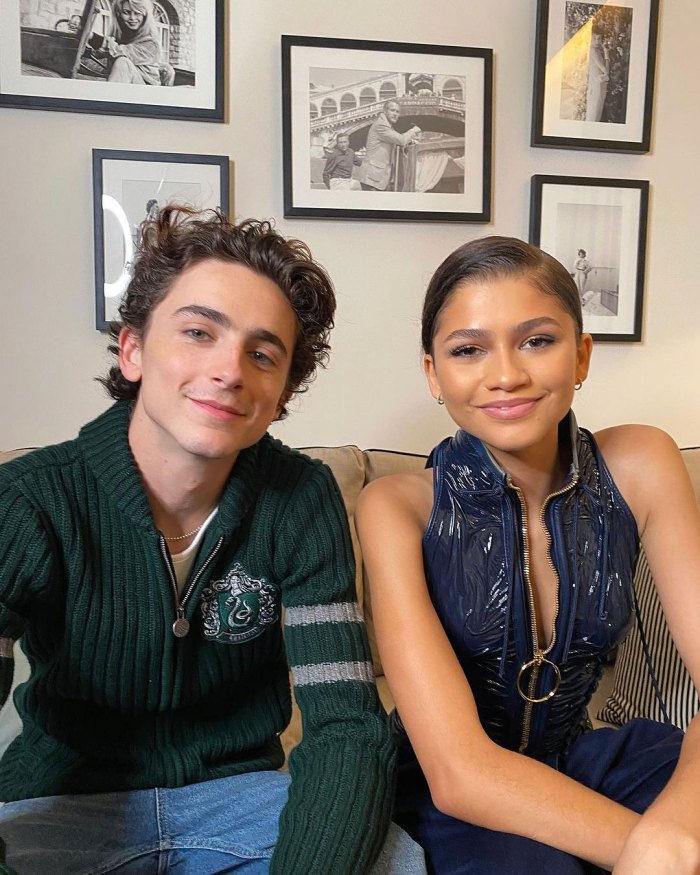 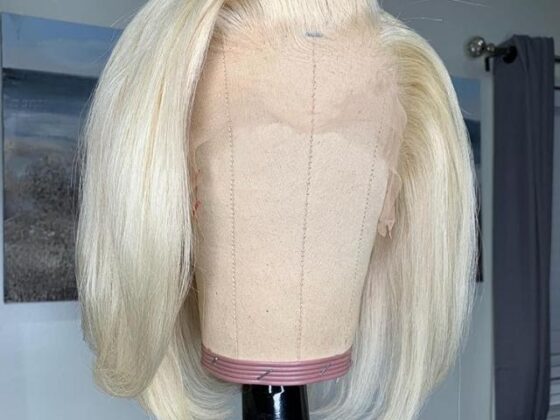 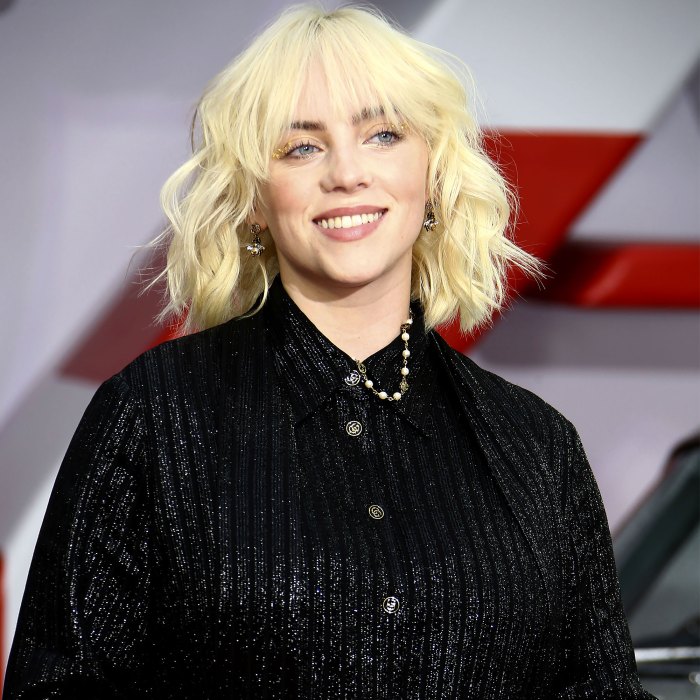 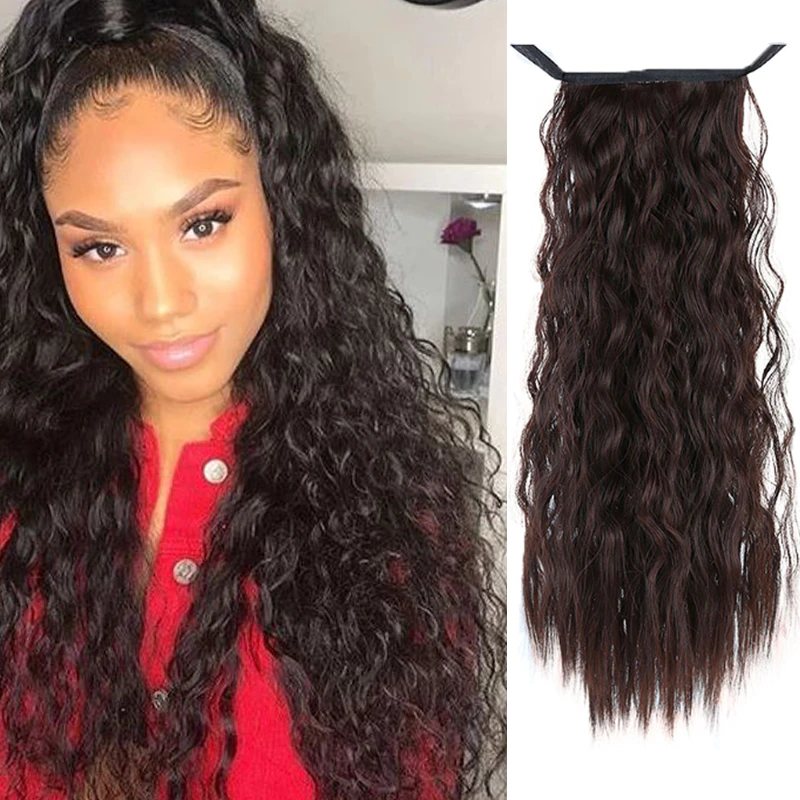 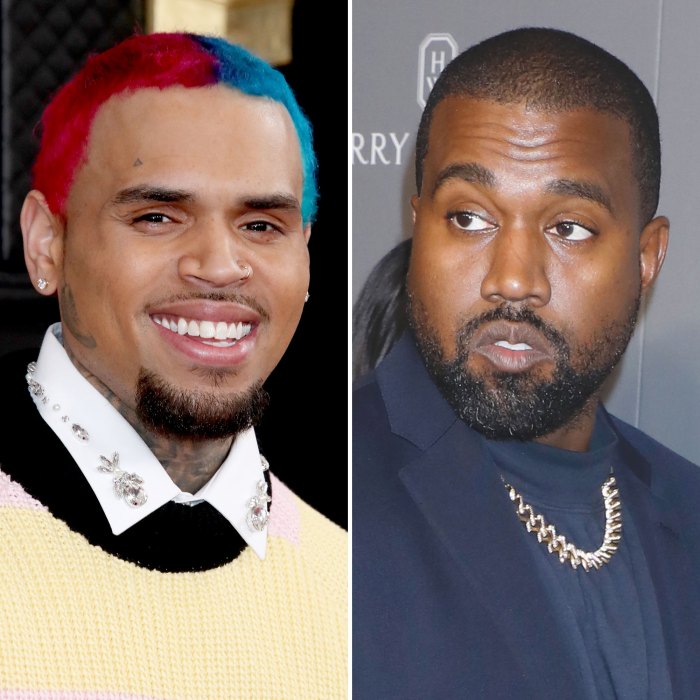 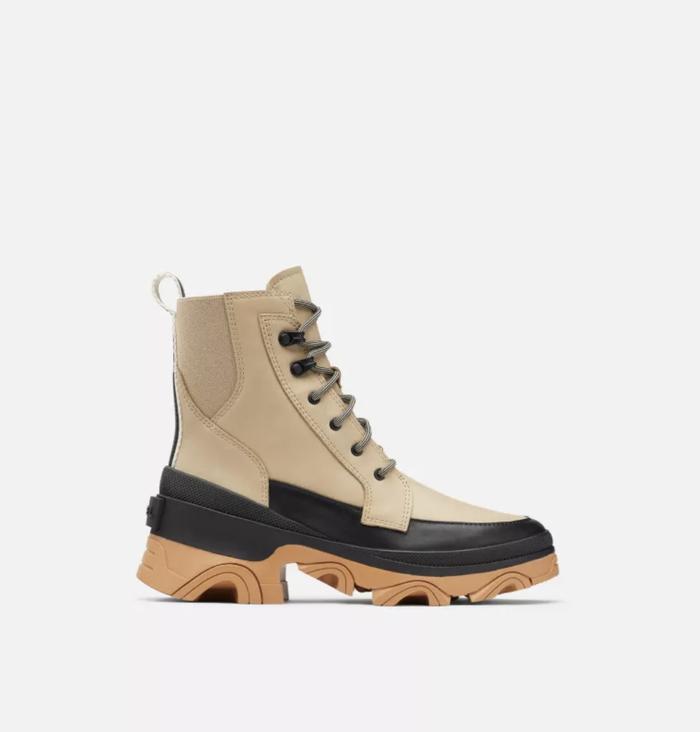 How to Wear TikTok’s Trending Boots for Fall 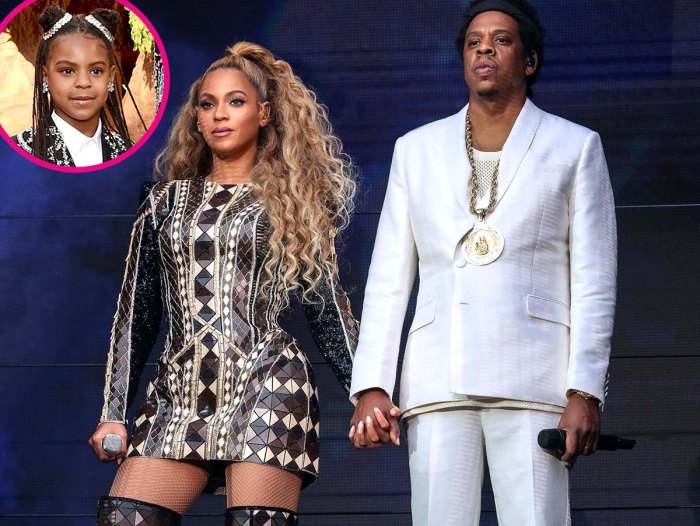