As Nicola Coughlan shifts into the Bridgerton spotlight for season 3, she has reacted to criticism of her character’s signature hairdo.

“I will never have any say over story lines, what order [the] stories are going in, what’s on posters, who’s on posters, who’s doing what press. That’s, like, way beyond my skill set,” the Ireland native, 35, said in a Sunday, October 2, Instagram Story video. “I’m there to do the acting and, you know, I don’t have a choice in most things. I wouldn’t be like, ‘This my best hair look.’”

The Derry Girls alum has portrayed Penelope Featherington — a close friend of Claudia Jessie’s Eloise Bridgerton — on the first two seasons of Bridgerton, which first debuted on Netflix in December 2020. Penelope, who was eventually revealed to be the anonymous writer behind the “Lady Whistledown” news sheet, is set to lead season 3 opposite Luke Newton (Colin Bridgerton). The third season is currently in production.

“I know I can’t share anything about season 3, no pictures or anything yet, but we’re saving them and when you see what we’re doing, I’m so excited,” Coughlan teased on Sunday.

As the Harlots actress swiftly clapped back over her character’s season 1 and 2 curls, she also defended Penelope’s actions in the period drama.

“People get mad at me for, like, things Penelope did but I really didn’t do them because it’s a script and I say the words and do acting,” Coughlan admitted in her social media upload. “Please be nice to me!”

The “Whistle Through the Shamrocks” podcast creator has previously been candid about her red wig on the series after wearing it throughout the first two seasons.

“I used to lovingly call this look ‘The Hair Willy,’” she jokingly captioned a June throwback Instagram snap. “Suffice to say she’s ready for the S3 glow up.” 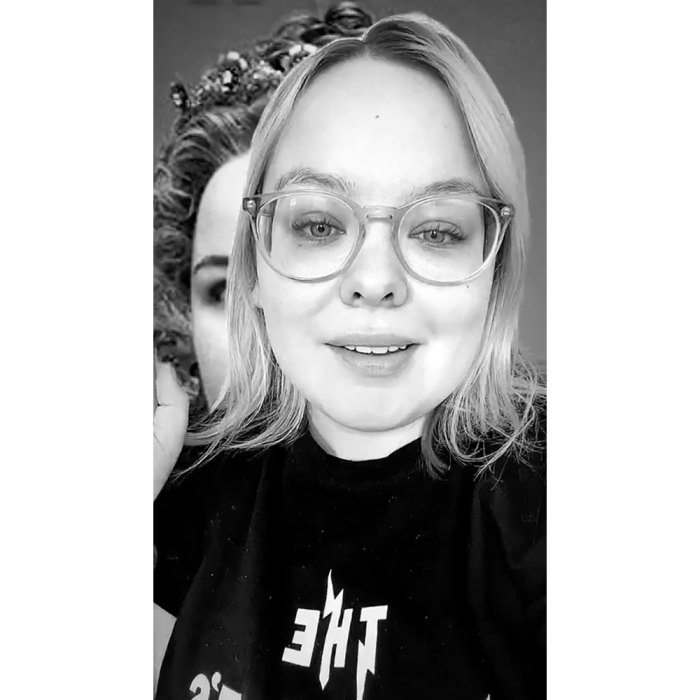 Coughlan has also been open about dealing with negative comments about her body while working on some of Netflix’s most popular shows (Bridgerton and Derry Girls).

“Hello! So just a thing — if you have an opinion about my body please, please don’t share it with me,” she tweeted in January. “Most people are being nice and not trying to be offensive but I am just one real life human being and it’s really hard to take the weight of thousands of opinions on how you look — being sent directly to you every day.”

Coughlan continued at the time: “If you have an opinion about me that’s ok, I understand I’m on TV and that people will have things to think and say, but I beg you not to send it to me directly.”