PEOPLE are in stitches over a bizarre underwear advert after one woman pointed out her hilarious observation.

The advert showed the model with a giant boob which had been blown up in sizeCredit: Lounge Underwear

But to accurately show off the bra’s lace detailing, they’d zoomed in on the model’s chest and social media users found the result hilarious.

You see, one of the model’s boobs had been blown up drastically, making her chest area appear very uneven.

The Twitter user who shared the blunder online admitted she thought is looked like “one giant t*t” at first, before she realised what had happened.

The woman, named Jen, wrote: “I thought this lassie on lounge underwear ads had one giant t*t but obv it’s so you can see the lace xx.”

Jen wasn’t the only one left amused by the advert as the post quickly went viral, racking up over 33, 000 likes.

“I’ve been laughing at this for several minutes. What’s wrong with me?” one person questioned.

A second quipped: “When you buy a boob job on Wish.”

One admitted they “screamedd” upon seeing it, with thousands more expressing their amusement.

The Pearl Illustration Balcony Bra and Thong Set can be bought from the Lounge Underwear site £50.

And after such widespread coverage, we bet it’ll be flying off the “shelves” – adds to basket.

Meanwhile, this woman’s VERY graphic dress review goes viral as she swears it’s going to help her get lucky.

And shoppers baffled by bonkers ‘butt-less’ PJs as the risqué ad follows them EVERYWHERE.

Plus this woman was in hysterics after her dream £17 PrettyLittleThing jumper arrives… but the sleeves are long enough for Mr Tickle. 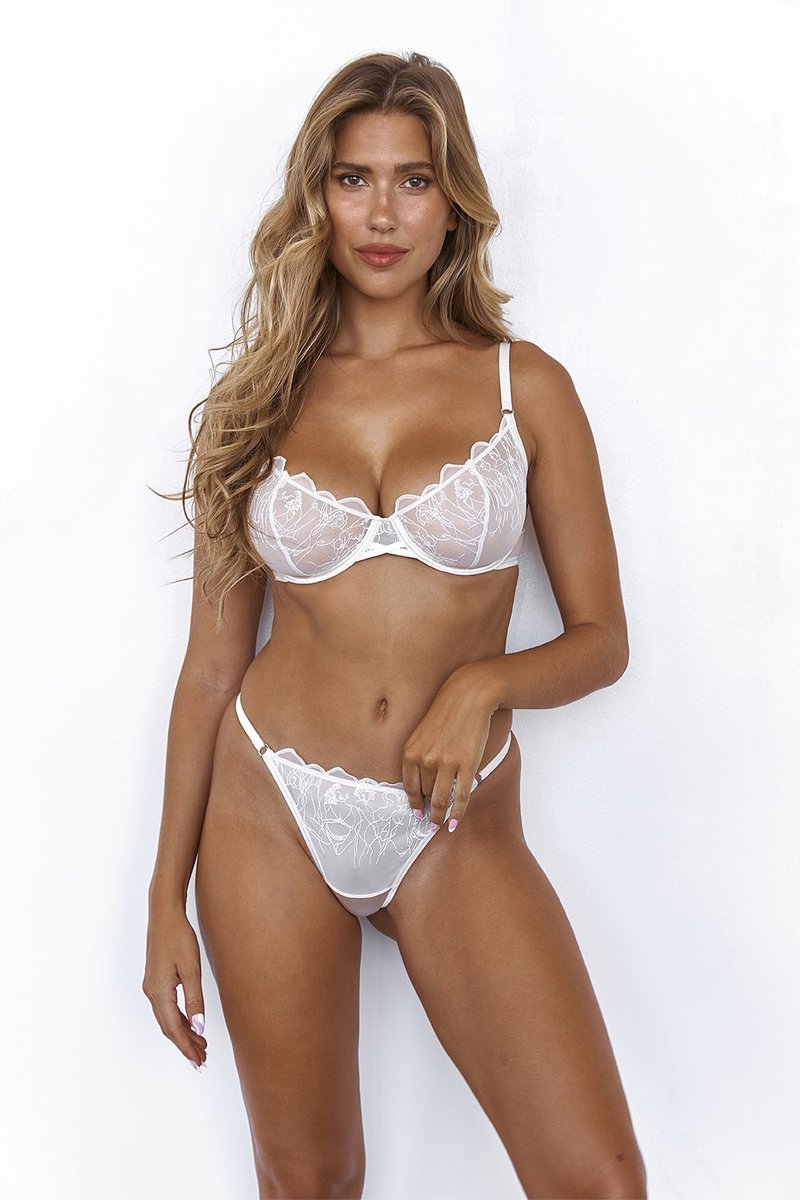 The idea was to show off the stunning lace in detail, but it didn’t quite work outCredit: loungeunderwear.com