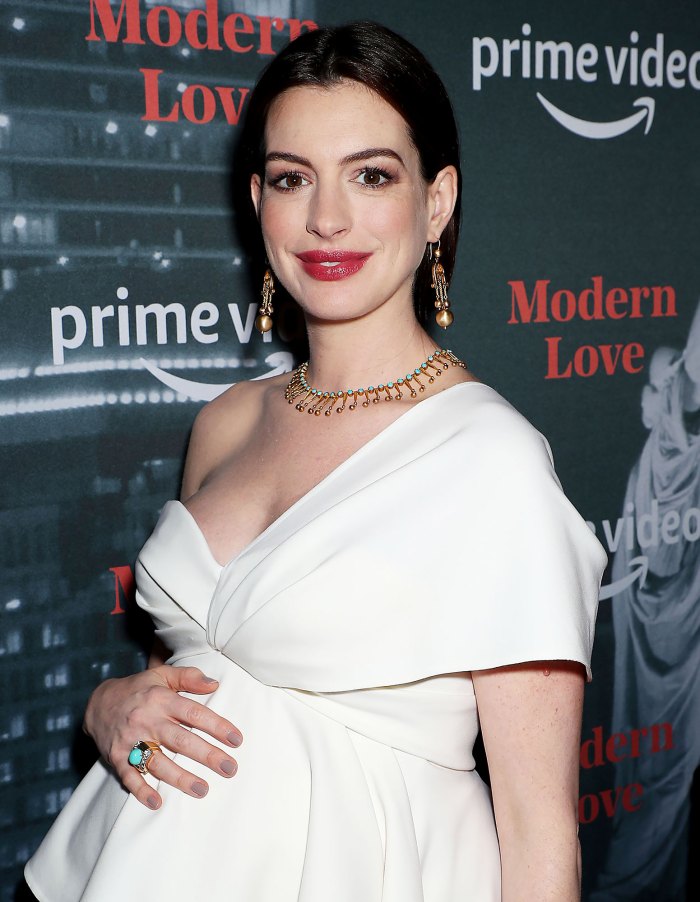 Chop chop! Anne Hathaway has a successful career as an actress, but being a professional hairdresser may also be in her future. The 38-year-old shared in an interview with Radio Times that she picked up some scissors and cut her own hair during the pandemic.

Her decision to spruce up her style sans a stylist occurred on the set of her new movie Locked Down. The actress admits that she assumed that the hair stylist on set would be able to give her locks a little trim pre-filming.

Unfortunately, that wasn’t the case. Pair that with fear of bringing an outside stylist into the film’s COVID-19 safe bubble, and Hathaway was left to her own devices.

“When I started work on set, I assumed my hair stylist would be able to give me a professional ‘do, but then he informed me that he actually didn’t cut hair,” the Witches star tells the outlet.

She continues: “He asked me if I wanted to have someone else come to set to clean it up, but I was so freaked out by the thought of being in contact with someone outside the filming bubble that I said no. My hair in the film is the hair I cut myself, which felt very 2020.”

From what we can tell, her new shoulder-length cut looks totally chic. Dare we say Miranda Priestly would be proud?

The pandemic-themed movie, which is currently available on HBO, was filmed in just a short 18 days. Like most movies produced throughout 2020, we imagine the cast and crew followed strict coronavirus guidelines to keep everyone safe and healthy.

Hathaway admits to Radio Times that while it was “chaotic” to film during the pandemic, she’s extremely grateful for the opportunity.

She even took to Instagram in January 2021 to show her appreciation. She captioned a picture of herself and costar Chiwetel Ejiofor: “It feels strange to be promoting a movie – a comedy no less – during such unprecedented times … Interestingly, one theme Chiwetel and I kept coming back to while making our film Locked Down was how it is about two lost and messy humans finding the steel needed to fight for joy in their lives, even in the madness of the current moment. I think we all feel a bit of that right now. So that said, I hope my posting this is seen in the light of the age-old tradition that the show must go on.”

Selma Blair Talks About the Power of Makeup, MS Diagnosis

12 pairs of dungarees and overalls to wear this summer