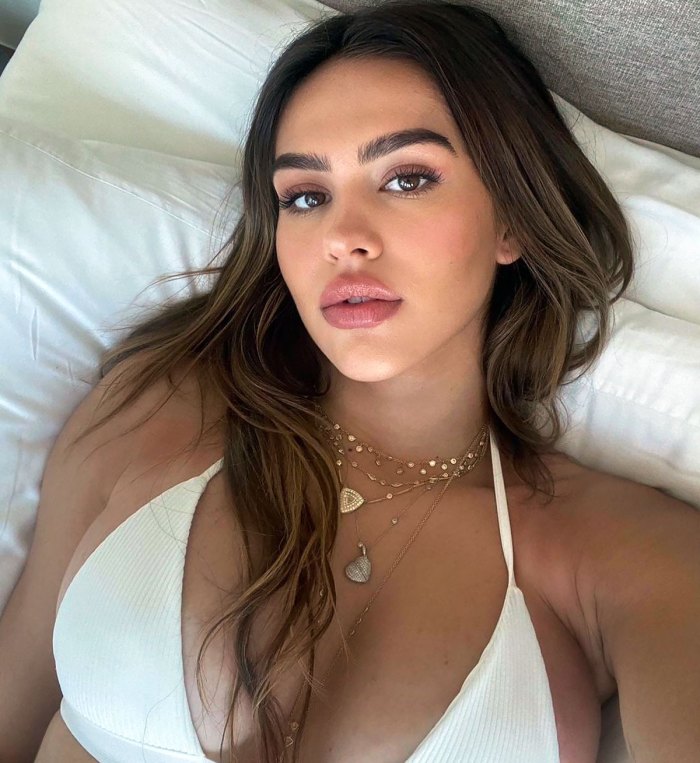 Love is in the air! Amelia Gray Hamlin just added a special piece of jewelry to her collection to show boyfriend Scott Disick, who is 18 years her senior, just how much she cares.

The 19-year-old model took to Instagram on Thursday, April 15, to debut her sparkly new beaded bracelets from Bachelor alum Corinne Olympios, who has her own jewelry company Aura Sugar Co.

In the video, which Hamlin captioned “cutest lil bracelets,” the DNA founder rotates her wrist to show off her shiny new baubles. While there’s a gorgeous diamond cross and glitzy interlocked chain, the one that really caught our eye was a rainbow bracelet that had “SCOTT” beaded across the front. 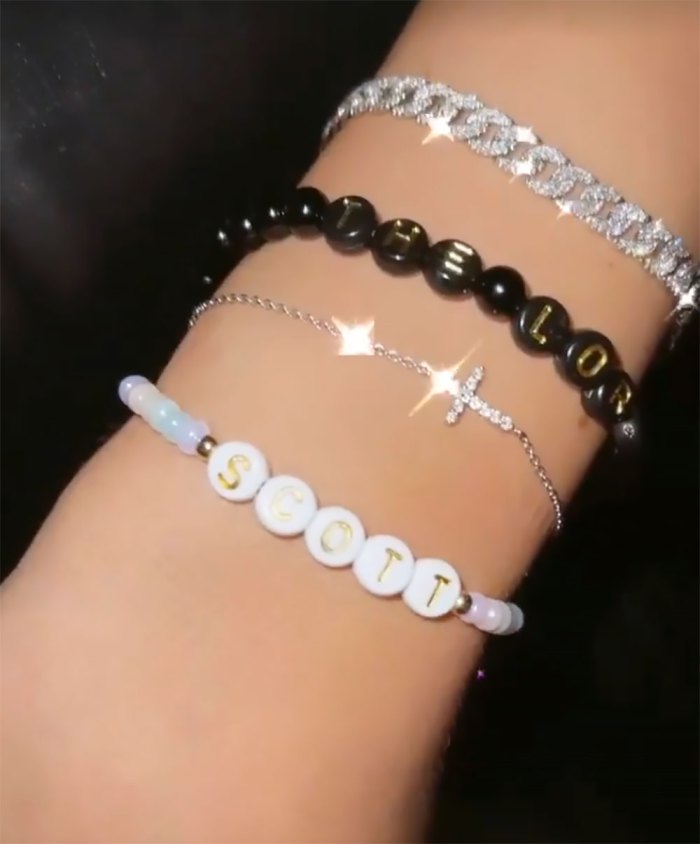 Granted, this isn’t as permanent as a tattoo tribute per se, but needless to say, it is a sweet shoutout to the Talentless founder who she’s been linked to since October 2020.

The piece is Aura Sugar Co.’s most popular stack, aptly named Custom Pastel Rainbow Bracelet, and retails for $25. The beads on the side have an iridescent finish, while the monogrammed beads that spell out “SCOTT” are white with gold writing.

Even though this most recent addition to Hamlin’s wrist explicitly has her beau’s name written on it, it’s possible it’s not the only piece of jewelry in her collection tied to Disick.

On Thursday, April 8, the couple was photographed while en-route to a high-end jewelry store. It’s unclear if they purchased anything or just did some browsing during their shopping trip, but one thing is for sure — it’s heating up for these lovebirds! 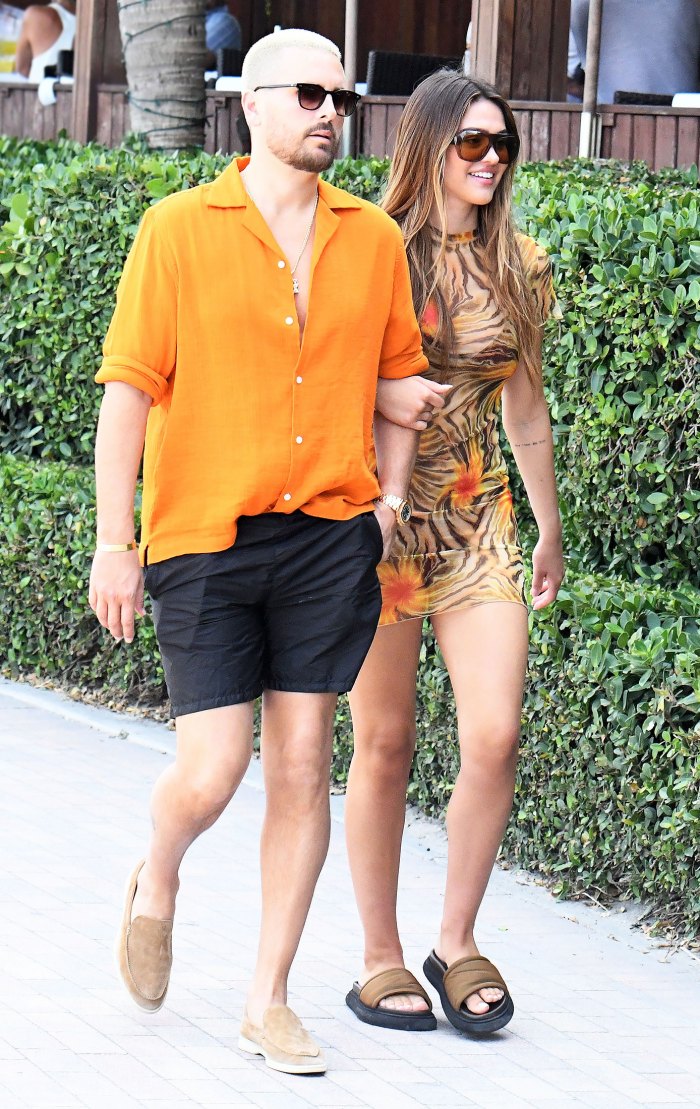 Hamlin has even attended family dinners with Disick’s children, Mason, 11, Penelope, 8, and Reign, 6, who he shares with Kourtney Kardashian.

And as luck would have it, the DNA founder doesn’t mind that her boyfriend remains close with his ex. “Amelia’s not bothered by Kourtney,” a source told Us Weekly exclusively on Friday, April 9.

“Scott and Amelia have been enjoying spending a lot of time together and hanging out with their friends. Their relationship has been heating up and you can totally tell they’re serious.”

Hamlin may be unfazed, but Real Housewives of Beverly Hills star Kyle Richards and Hamlin’s mother, Lisa Rinna, have a few qualms about the duo’s age gap.

Earlier in the month a source told Us Weekly: “Despite their age difference, they have more in common than people think. He sees himself as being younger than he is. Amelia is really mature and acts older than she is, so they get along pretty well.”

Seashell inspired fashion is back, but this time it’s grown-up

Plastic rings are trending, but are they worth the purchase?

Ireland Baldwin: What’s in My Bag?