Zuzu is among the acts to have contributed to a new cover of The Farm’s ‘All Together Now’ in aid of the Music Venues Trust’s #SaveOurVenues campaign – you can listen to it and read NME‘s interview with Zuzu below.

The Liverpool singer-songwriter, who opened this month’s Sefton park COVID pilot, joined The Lathums, Lottery Winners, Trampolene and more in recording a new version of the 1990 classic at Elevator Studios.

“There’s so many cool musicians from Liverpool involved as well as it being for such a good cause so obviously I was down,” Zuzu told NME of the Artists United Collective song, proceeds from which go towards saving venues from closure post-coronavirus.

An enduring anthem of hope and union, ‘All Together Now’ was re-released by Everton F.C. when the club reached the 1995 FA Cup Final (they won 1-0 against Man Utd) and later re-emerged as part of England’s Euro 2004 campaign (we weren’t so lucky).

“My dad listens to that song: we’re big Evertonians and I guess he’s always associated it with Everton,” Zuzu said. “It’s a classic old Liverpool song by an old Liverpool band.”

Now, the Artists United Collective hopes to capture some of that footy fan spirit to ensure the survival of the vital live scene in Liverpool and beyond. Speaking in a press release, The Farm’s Peter Hooton hailed the MVT as “the lifeblood of the music industry”.

Zuzu told NME that grassroots venues were “incredibly important” in the earlier days of her career. “I can’t imagine what my journey so far would’ve been like without them,” she said. “They’re such an important part of learning your craft and paying your dues.

“For Liverpool, we’ve lost a few venues over recent years due to development, etc. To lose more is actually just crippling and I’m sure it’s the same all over the country. My heart breaks for the venues that have had to close down.” 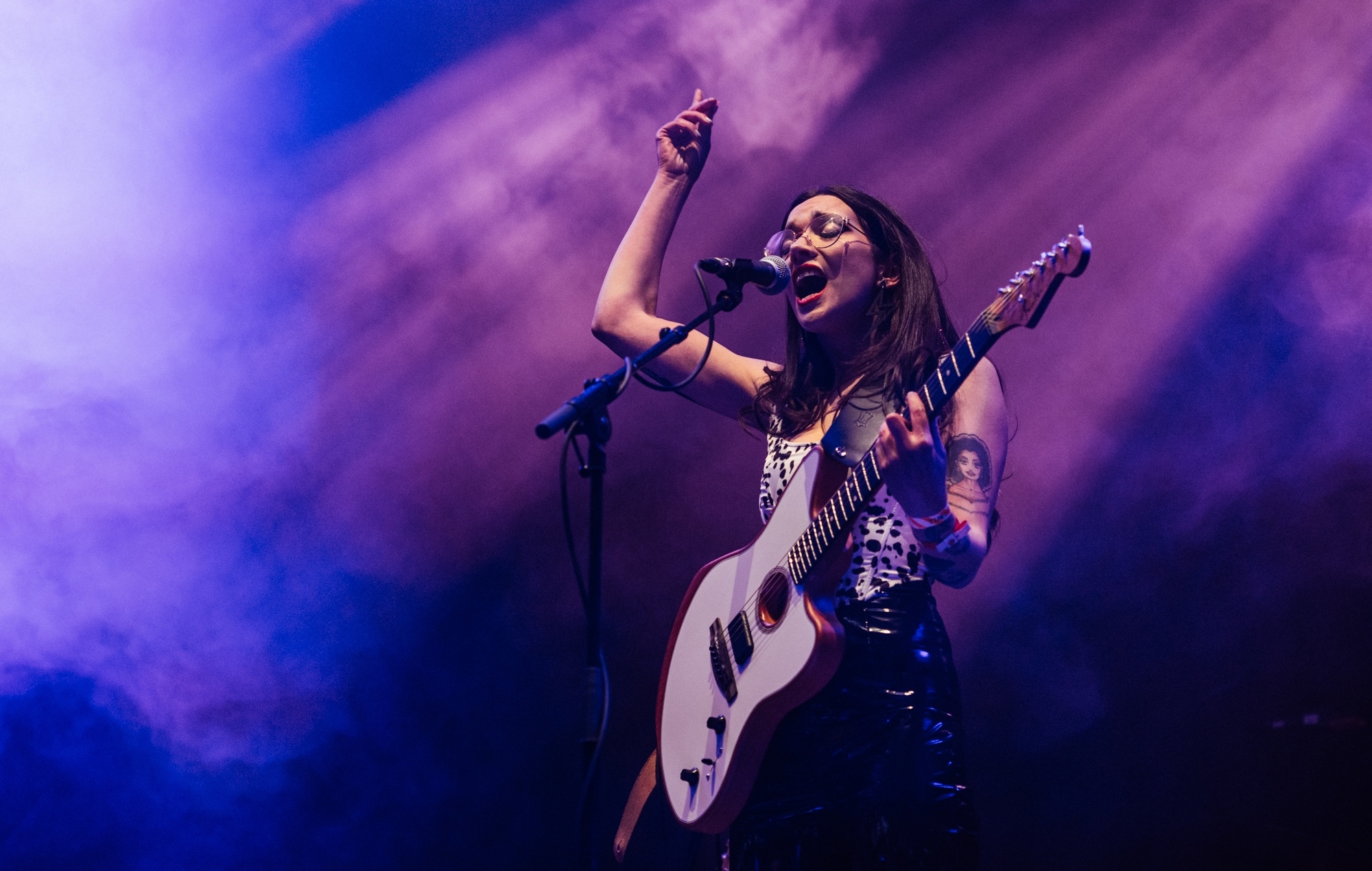 While being inducted into the NME 100 at the start of 2020, Zuzu told us she was partial to “hug-pits” at her shows and getting up close and personal with fans – a concept sadly lost to the pandemic. How did she deal with this sudden change?

“I’ve been writing letters, I’ve got lots of pen pals now and there’s a very active group chat on Instagram with a bunch of people who listen to my music,” she told NME. “I know them all by name – I know their birthdays! [Laughs].

“It’s been really good because even though I haven’t had chance to physically hug anyone, I’ve actually gotten more of a chance to really get to know them than I think I would’ve if I was on the road and busy every day.”

Zuzu was, however, one of the lucky artists to get reintroduced to fans IRL when she supported Blossoms at the landmark Liverpool test gig this month – a shift towards normality she dubbed onstage as “one small step for Scousers”.

Looking back, the artist described the experience as “bananas” and “surreal”. “I didn’t realise how much of a big deal it was really until we were there, she told NME. “It was bizarre and so emotional, I couldn’t stop crying afterward.

“It was weird, uncontrollable. Every bone in my body was shaking – I was truly shook. I’m such a big Blossoms fan too, so that was cool in itself. But the fact that it was the first show back ever and it was in Liverpool, it was just the icing on the cake.”

Asked about the progress on new music (her latest EP ‘How It Feels’ arrived last year), Zuzu revealed that elements of her home city have seeped their way into the tunes – which she said are “very Scouse”.

“I’ve been taking inspiration from the things around me and the people that are around me,” she told NME. “I feel like my new stuff is a lot more authentic cause I’ve recorded and written it in my house.

“I’ve been spending a lot more time with family, so just their turn of phrase and the way they word things. Lyrically and maybe sonically a bit too.”

What phrases can we expect to crop up?

“One of them is ‘the sun is cracking the flags’ – you know? Meaning it’s a sunny day,” Zuzu replied.

“They might just be generic northern things – the things that my mum and dad say. I’ve noticed that any saying we have that I think is scouse, there’s always a slightly alternate version.”

Zuzu told NME that the first taste of her new material will emerge “very, very soon”, adding: “There’s something bigger coming afterwards and I’m putting out a big body of songs this year. I’m excited to get them out.

“It’s been a long time but I’ve just been busy writing and making some cool stuff.”

Meanwhile, Zuzu is set to perform at this summer’s Y Not, Neighbourhood Weekender, 110 Above Festival and Liverpool’s Festevol all-dayer.

Artists United Collective’s ‘All Together Now’ cover is out now via Modern Sky – you can purchase the CD edition here. Visit the official #SaveOurVenues website for further information on the campaign.