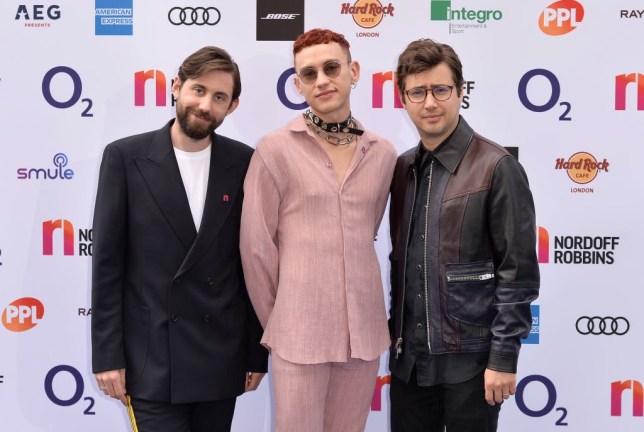 Years & Years have made the devastating announcement that Olly Alexander will be continuing with the band solo as members Mikey Goldsworthy and Emre Turkmen quit.

The pop trio, originally formed in 2010 as a five-piece, shared the news with fans on Thursday in a Twitter statement.

‘Dear Y&Y fans. There’s been some changes that we want to fill you in on,’ it began.

‘This upcoming new album has been an Olly endeavour and we’ve decided that Years & Years will continue as an Olly solo project. The three of us are still good friends.

‘Mikey will be part of Y&Y family play with us live and Emre will focus on being a writer/producer.’

The statement concluded: ‘These past 12 months have been crazy for us all and we want to thank you for the love and support you’ve given us over the years (& years).’

They confirmed that Olly will release new music as a solo Years & Years outfit this spring.

Reacting to the news, one heartbroken fan commented: ‘Omg itll be so strange that you guys won’t be a three piece anymore but I’m glad emre and mikey will still be involved while olly takes y&y on as a solo project!!! all the best boys [sic].’

Another said optimistically: ‘Thank you for these years (& years) of happiness you’ve brought me, your music has been the soundtrack of my life and it sure will continue to be!’

‘So much love to all of you for the future. x Can’t but help feel sad but also glad that the music will continue in some form. Love to Olly, Emre and Mikey. Thanks for Communion and Palo Santo and all the other music,’ one added.

Olly has already embarked on solo ventures recently, starring in the critically-acclaimed Channel 4 series It’s A Sin, which followed a group of youngsters on London’s gay scene during the HIV/Aids crisis in the 1980s.

Years & Years released their chart-topping breakthrough single, King, in 2015 and saw their debut album, Communion, reach number one on the UK charts.

They are also best known for the songs Shine, If You’re Over Me and Play.

Their second and most recent album, Palo Santo, was released in 2018 and reached number three in the UK.

The dance group won the BBC Sound of 2015 accolade and went on to receive six Brit Award nominations during their time as a trio, including British single of the year for King.