Oh, what could have been (Picture: Channel 4; Tom Dymond/Thames/REX/Shutterstock)

The 66-year-old has gone down as one of the most recognisable contestants to ever take part in the former singing contest, back in 2010.

But in a new interview, he admitted he was given the chance to go on another show elsewhere – Naked Attraction.

The programme, hosted by Channel 4, sees singletons strip off in a bid to try and secure a date, based purely on their physical appearance.

In a bizarre revelation, Wagner said: ’They invited me the other day to go on Naked Attraction. I would never go there. Never!

‘I don’t even know if it was a genuine phone call because my telephone number is on my website but maybe it wasn’t genuine. I would go there talking about OnlyFans and Naked Attraction – no!’ 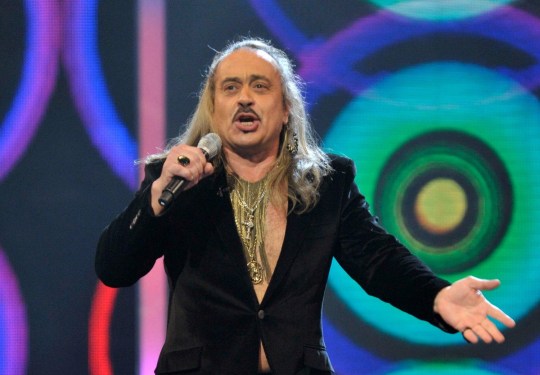 In the same interview, he admitted he also thought about signing up to OnlyFans in order to help ‘sell custom videos’ – as he often sells clips on Cameo for fans.

He shared: ‘But then my partner Lydia said it wouldn’t work because people pay to subscription and it wouldn’t be the right place for me to sell my videos.’

‘So, I’m not on OnlyFans but I’ve heard people who are on there like personal trainers and chefs so it’s not all about being naked but I know very little about the platform,’ he told the Daily Star.

Wagner is most remembered for his hoop earrings and occasionally performing the bongos to impress the judges.

He made it all the way to the quarter-finals of the 2010 edition, which was eventually won by Matt Cardle.

It comes after it was reported Simon Cowell is keen to look at bringing the X Factor back to screens after it was scrapped last year.

Although the popular programme suffered dwindling viewership, the music mogul is supposedly planning to modernise the music competition across the pond.

A source said: ‘The X Factor is far from dead in America. Simon always felt the show needed some rest and some revamping.’

The Sun claims that the 62-year-old entrepreneur and producers are thinking about how the show can ‘appeal to a wider audience’.

Elsewhere his other flagship show – Britain’s Got Talent – recently made a long-awaited comeback to the small screen after a two-year hiatus.