Jay James claims he was told to fake that his wife had miscarried a baby (Picture: Tom Nicholson/Shutterstock)

Jay James has claimed someone in the music industry once told him to lie about his wife having had a miscarriage in order to generate headlines and ‘boost his profile’.

The former X Factor star, 37, claims that he was told by the man, who he quickly parted ways with, that faking the loss of a baby would help to keep him in the public eye.

Jay, who finished eighth on the talent show in 2014, told The Sun: ‘The music industry can be a horrible place. There was one moment after The X Factor, and [someone in the industry] said, “We need to boost your profile. Are there any stories we can talk about?”

‘I said, “No, I’m just a regular guy.” Then he suggested that if my wife was pregnant, and then suddenly she wasn’t, that would give good headlines. Obviously I parted ways with them after that.’

Jay says he believes the man tempted fate as years later he and his wife Victoria did lose a baby.

He explained: ‘But years later, it came true. Victoria did fall pregnant and miscarried. It was almost like a seed had been planted by that idiot. It was heartbreaking.’ 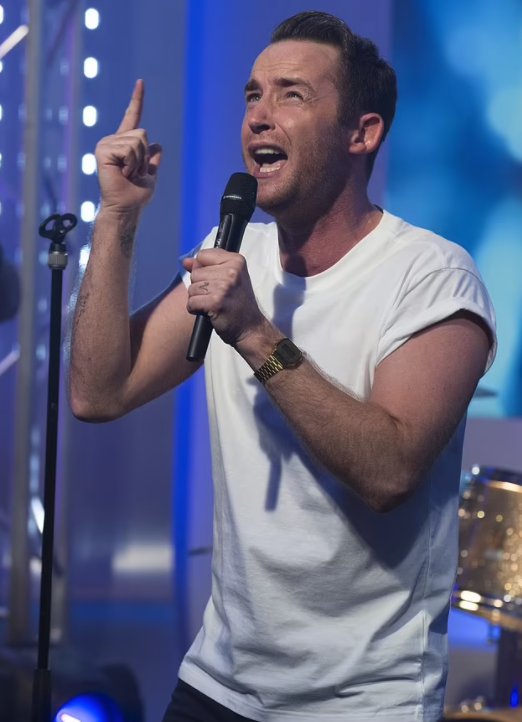 Jay James parted ways with the man soon after his comments (Picture: Rex)

Jay, who is now a member of The Overtones with Mike Crawshaw, Darren Everest and Mark Franks, is now a father to daughter Nova, seven, and son Franklin, two, with Victoria.

He admits that the music business can be a ‘cut-throat industry’, adding: ‘There’s a battle between taking the good from people — I never thought that I knew it all — and becoming so diluted that you’re no longer you.

‘I never fell victim to becoming someone I didn’t want to be. But I recognise that could have happened. It’s a very difficult, cut-throat industry.

‘And there’s a lot of very hungry people who get caught up in all of that.’