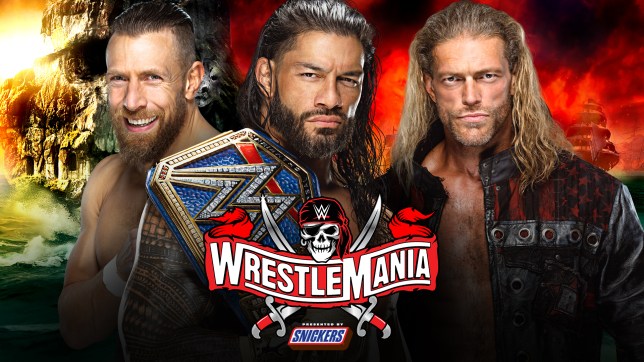 Who will be leaving with the Universal Title? (Picture: WWE)

After an incredible first night, WWE is back at Raymond James Stadium again for the second of this weekend’s WrestleMania 37 double header.

Saturday’s show was headlined by Bianca Belair’s historic victory over Sasha Banks in the main event, while Bad Bunny delighted fans with his dedication to the business en route to his and Damian Priest’s win against The Miz and John Morrison.

Bad weather meant the show was delayed, but hopefully there’ll be none of that tonight in Tampa as fans get settled for another few hours of action.

Of course, as we all know the WWE Network is no more in the US with Peacock taking over, but here in the UK it’s business as usual – but what exactly does that mean?

As ever, we’ve put together our monthly guide with full match card, streaming details and more.

When is WWE WrestleMania 37 night two?

WrestleMania 37 started on Saturday (April 10) and concludes tonight (April 11) with all the action on the main card kicking off at 1am for fans in the UK.

How can you watch WWE WrestleMania 37 night two?

There’s no ThunderDome application this time with live fans making their welcome return, so let’s go through your options for both nights.

For fans in the UK, you can tune into the main WrestleMania 37 show by either streaming live or watching on demand via the WWE Network – or order the event via BT Sport Box Office.

We know the full card for night two after the Tag Team Turmoil on night one – so here is the full card, and results for Saturday’s show.

Night One results (winners in bold) 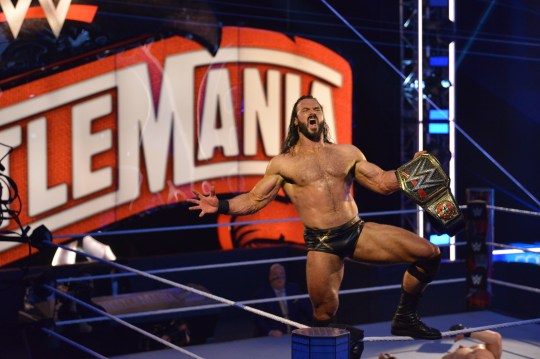 It will be a very different sight this year (Picture: WWE)

What can you expect from WWE WrestleMania 37?

For many fans, the build to WrestleMania 37 hadn’t struck all the right chords – but as ever, WWE hit it out of the park on Saturday night.

Even Shane McMahon and Braun Strowman delivered, with the Tag Team Turmoil being the only slight stumble on an otherwise perfect night.

For night two, we already know that the Triple Threat between Edge, Daniel Bryan and Roman Reigns will main event, and the smart money would be on the latter retaining the Universal Championship.

‘The Fiend’ Bray Wyatt will likely destroy Randy Orton in the final chapter of their rivalry, and Logan Paul provides an interesting backdrop to the latest chapter in Kevin Owens and Sami Zayn’s long history.

The crowd were electric on night one, lifting the matches without trying to make headlines on their own – which was refreshing, and hopefully continues from here.

It could be a star-making night for the likes of Rhea Ripley, Apollo Crews and Big E, while Sheamus winning the United States Title from Riddle would be a fitting gesture after his fantastic work during the pandemic.