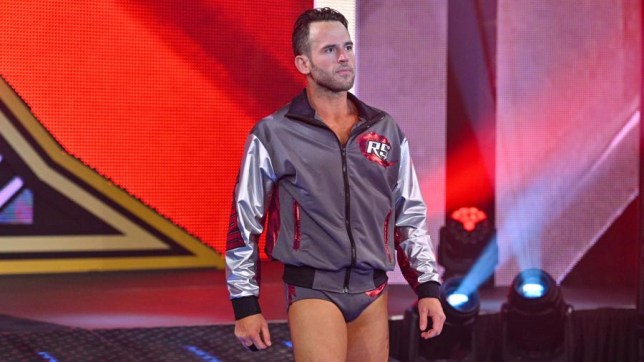 Roddy is done with the black and gold brand (Photo: WWE)

The former North American Champion made the shock announcement during Tuesday night’s show as he handed his papers to on-screen general manager William Regal while appearing alongside his real-life wife Marina Shafir.

The move comes after Undisputed Era dissolved amid the bitter rivalry between Adam Cole and Kyle O’Reilly – which reached boiling point at NXT TakeOver: Stand & Deliver – with Strong losing focus following the breakup.

Following the segment on TV, the WWE NXT Twitter account posted: ‘[Roderick Strong] has officially resigned from #WWENXT. We’ll miss you, Roddy. You’re welcome back at any time.’

While the star is still very much part of the company, it remains to be seen what plans are from here.

It’s possible he could be taking a break, but there’s also a chance he could be making a move to Raw or SmackDown – although some fans would understandably be disappointed in seeing him change brands without his fellow Undisputed Era alumni.

Elsewhere on NXT, WWE showed footage of the Unsanctioned battle between O’Reilly and Cole, as well as the immediate aftermath of the intense match.

The pair were both taken to hospital, and as they were wheeled in side by side, Cole screamed as his rival: ‘You’re dead! I’m gonna finish you!’

Their 40-minute war last week felt like a definitive end to their storyline, as they threw everything at each other until O’Reilly earned the feel-good win over his tormentor.

However, if the footage is anything to go by, there could be more on the horizon for the former teammates.