What will the Visionary do next? (Picture: WWE)

WWE superstar Kevin Owens faced Seth Rollins in the main event of Raw with his WrestleMania 38 clash with ‘Stone Cold’ Steve Austin on the line.

It was an emotional night for wrestlers and fans alike after the death of two-time Hall of Famer Scott Hall, as WWE broke the news with a graphic paying tribute to the Bad Guy at the start of Monday’s show.

From KO’s opening ‘Hey, yo’ to Damian Priest later hitting Hall’s trademark Razors Edge move, the show was littered with references to the late Razor Ramon as everyone tried to come to terms with his passing.

Owens was in a tough position as he had to get Raw underway in very difficult circumstances, with fans at home and in the arena reeling from the news.

He hyped up his WrestleMania 38 edition of the KO Show next month with ‘Stone Cold’ Steve Austin as the guest, and while he was on form, it was hard for people to really take everything in.

Backstage, Seth was disappointed he doesn’t have a path set for the Showcase of the Immortals, and later took to the ring to pitch the return of his own Rolling Report talk show with Austin as HIS guest.

Naturally, KO wasn’t impressed but Sonya Deville made Monday’s main event official – Rollins versus Owens, and the winner would get to confront Stone Cold at WrestleMania.

The match itself was spectacular, with Kevin rightly picking up the win with a Stunner – but the Jacksonville crowd (and Twitter) was clearly expecting ex-AEW star Cody Rhodes to make an appearance.

There was a slight tease on commentary at the end of the night, but as it stands, Seth – one of WWE’s biggest names – still doesn’t have a clear direction for the biggest show of the year.

The match was a lot of fun, with the Archer of Infamy’s win potentially setting up a clash for the gold at WrestleMania 38 in a few week’s time.

Austin Theory was at ringside on commentary, with Balor taking him out with a great dropkick – although the former got his revenge after the match. 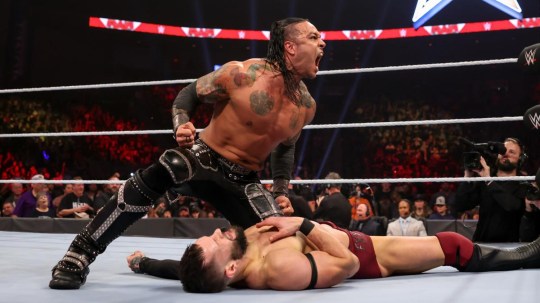 Omos continued to roll as he faced off with Commander Azeez in a good heavyweight slugfest, and there should be a rematch on the horizon based on the crowd’s reaction.

Weeks before the Women’s Tag Team Titles are on the line, champ Carmella faced off with Liv Morgan in a fun bout with the latter picking up the win.

Elsewhere, Rey and Dominik Mysterio faced off with ex-Hurt Business duo Cedric Alexander and Shelton Benjamin with Logan Paul and The Miz on commentary.

This was a great match with four very talented stars involved, although there was little risk of the Mysterios losing this – and they even stood tall after a foiled attempt at a sneak attack from their rivals. 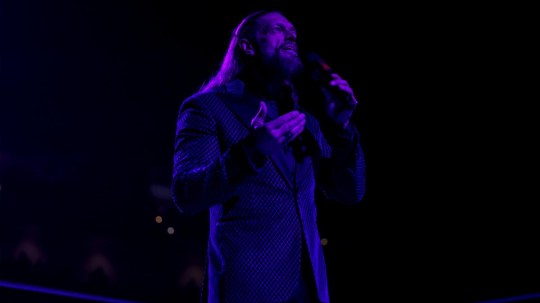 Edge came out with new entrance music for the first time in almost two decades as he delivered another fantastic promo directed at his WrestleMania opponent AJ Styles.

The new presentation for the Rated R Superstar has been spectacular, and the change of music is a bold move which should pay off when it comes to getting him booed by the fans.

Next, Doudrop – with Nikki A.S.H. by her side – came out to face Bianca Belair, as the two put on another brilliant showing between the ropes.

In the end, the EST of WWE got the win, and her WrestleMania rival Becky Lynch attacked out of nowhere, brutally assaulting her challenger one week after she was hospitalised with a fractured voice box.

Randy Orton through a somewhat low key party for himself and Riddle after they won the Raw Tag Team Titles last week, leading to Street Profits calling for a title shot.

In the end, Riddle faced off with Montez Ford in singles competition, and after some incredible action, we got a disqualification ending when Alpha Academy attacked everyone.

This should lead to a Triple Threat match at WrestleMania for the gold, and the fans will be the real winners there.

WWE Raw airs Mondays at 1am on BT Sport 1.