WWE star Becky Lynch picked up a huge win over Asuka in a brutal main event on Raw.

The former Raw Women’s Champion has been on a downward spiral since losing the title to Bianca Belair at WrestleMania 38, with constant losses besides a recent win over Xia Li, Doudrop, Tamina, Nikki A.S.H. and Shayna Baszler to qualify for Money In The Bank.

Two days after falling short in the signature ladder match – which was won by Liv Morgan, who cashed in her briefcase to capture the SmackDown Women’s Title from Ronda Rousey – Lynch found herself facing bitter rival Asuka in a huge bout.

The pair have been at odds for weeks since the Empress of Tomorrow’s return to the red brand, and their feud culminated on Monday night as they clashed with tables, chairs, trash cans and more.

Neither star wasted any time, with Big Time Becks immediately pulling out a table before her opponent – who had the aforementioned trash can in hand – even made her entrance.

It was a fantastic way to bring the show to a close with both superstars going all out in a real grudge match.

It’s testament to Lynch and Asuka that despite being in the ring with each other so much lately, this still felt fresh and exciting, and fully worthy of top billing this week.

The finish came when Becky – who brilliantly used an umbrella to block the Green Mist earlier in the match – hit a top rope Man-handle Slam through a table to pick up a huge win, telling fans she is ‘back’.

The night kicked off with Bobby Lashley coming out to to heroes welcome with the United States Title as he soaked up the roar of the crowd, and insisted no one in any division or promotion can beat him, only to be interrupted by Theory bragging about his Money In The Bank win.

The former champ revealed he’s gunning for the gold at SummerSlam, where he also plans to cash in his contract on either Brock Lesnar or Roman Reigns to capture the Undisputed WWE Universal Title.

He attacked the All Mighty with his briefcase, only for Lashley to recover and send him running to stand tall. 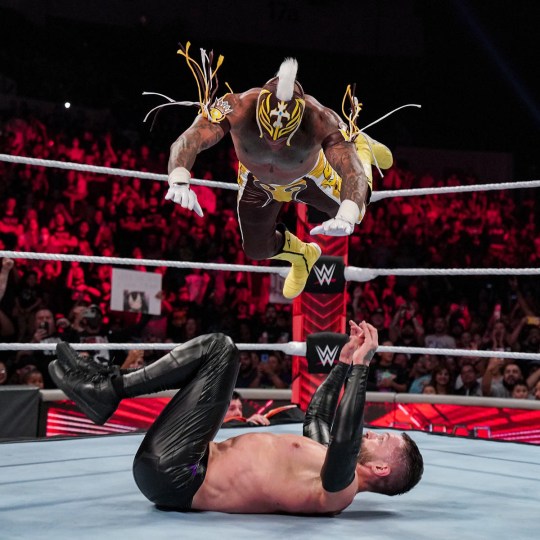 The Mysterios and Judgement Day put on a great show (Picture: WWE)

The Judgement Day duo worked well with the father/son pairing as they delivered a great bout, which ended when Rey paid tribute to Eddie Guerrero by feigning injury, drawing a DQ from the referee who thought he’d been hit with a chair.

After The Miz urged Logan Paul to accept his offer to team at SummerSlam, the A-Lister found himself in a fun sprint against AJ Styles, which the latter won with a Phenomenal Forearm. 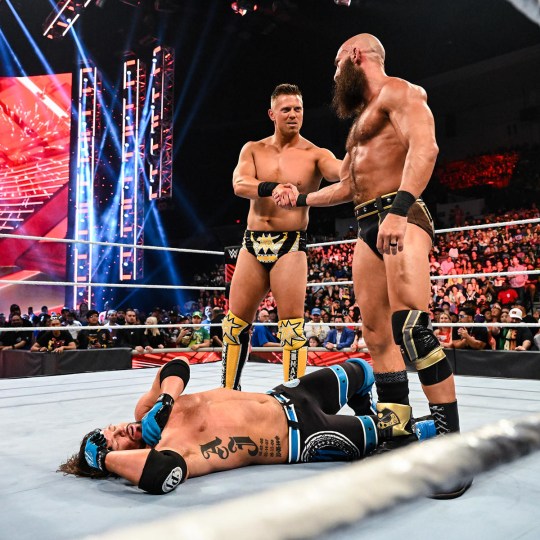 The Miz and Ciampa have officially joined forces (Picture: WWE)

Ciampa attacked him after the bell, and while Styles was able to fight back, Miz came back into the fold with a Skull Crushing Finale.

Liv Morgan received an incredible ovation as she came out to celebrate her SmackDown Women’s Title victory, which led to Natalya coming out to demand a title shot.

Carmella urged them both to go back to the blue brand, and Bianca Belair saved Liv after the ensuing beatdown, leading to a brilliant tag match with Liv picking up the win to keep her momentum rolling. 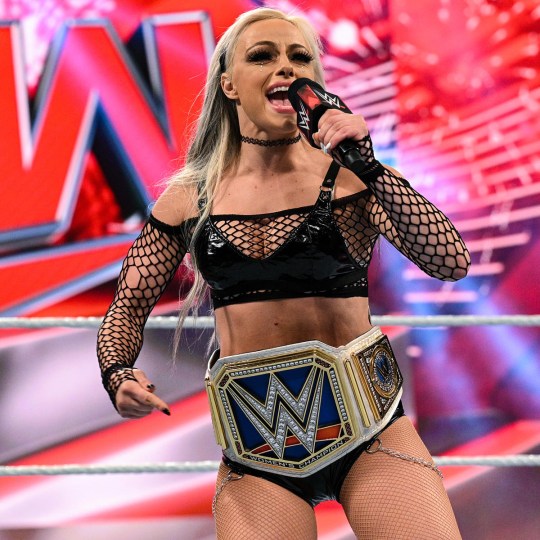 Throughout the night, there was a 4th of July party and hot dog eating competition, and Ezekiel accidentally sprayed ketchup on Seth Freakin’ Rollins’ shirt, leading to a match.

This was a fantastic outing – one of the best Ezekiel or his brother Elias have had to date – with both men delivering before the Visionary got the win.

However, it was actually Riddle who got the last laugh as he appeared and hit an RKO outta nowhere on Rollins as we build towards their inevitable SummerSlam match. 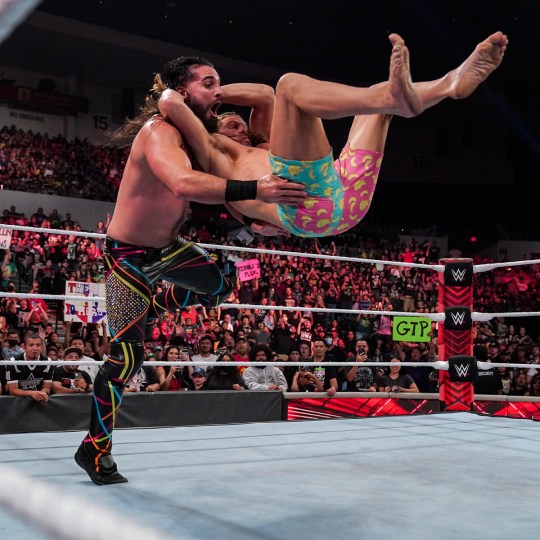 After Akira Tozawa won the hot dog eating contest, Theory teamed with Alpha Academy to face the Street Profits and Lashley, with several of the stars having also taken part.

As ever with these six-man match-ups, there was plenty of exciting action, and Lashley in particular looked like he was having an absolute blast.

The Lashley, Dawkins and Ford picked up the win, and Otis vomited all over Chad Gable after the bell.

Elsewhere during the show, we got a couple more glimpses at the creepy vignette from Money In The Bank.

WWE Raw airs Monday nights at 1am on BT Sport 1.