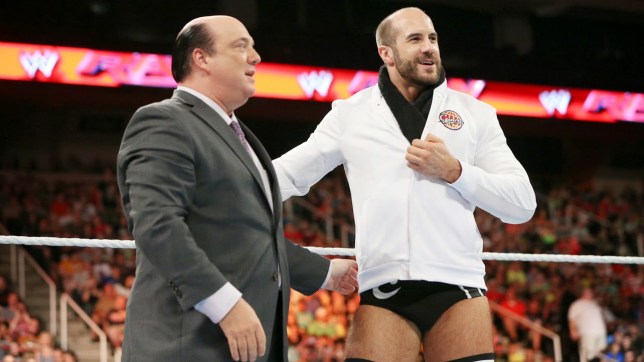 Once upon a time, Cesaro was a Paul Heyman Guy (Photo: WWE)

The special counsel to the tribal chief will be in Roman Reigns’ corner on Sunday night as he defends the Universal Championship against Daniel Bryan and Edge, but he’s weighed in on one of tonight’s flagship bouts.

Heyman has history with the Swiss Cyborg after they appeared together on-screen in 2014, but their union didn’t lead to what could have been a star-making match between Cesaro and Brock Lesnar.

Quizzed on the potential there, Lesnar’s advocate admitted he’d have been a big fan but quickly turned attention to this weekend’s festivities.

He exclusively told Metro.co.uk: ‘I would love to have seen Brock Lesnar versus Cesaro, it just wasn’t something that ended up happening. I think Cesaro’s in a wonderful position right now and is poised to put on an all-time great WrestleMania match with Seth Rollins.

‘You are looking at two of the truly great performers of this generation that can put on what could rival any match that has ever occurred at WrestleMania for the title of the greatest WrestleMania match of all time.’ 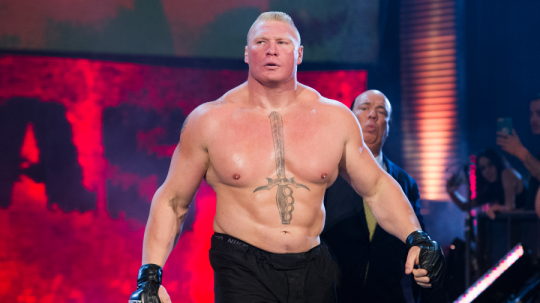 Heyman would have loved to see Brock against Cesaro (Picture: WWE)

The idea of Cesaro vs. Lesnar isn’t anything new, as the former previously told us how he was desperate for the match – and always plans out potential clashes in his head with everyone on the roster.

Speaking in Los Angeles back in October 2019, he explained: ‘I still have my imaginary match with Brock in the back of my head. That’s what I do, with anybody on the roster, I’m thinking about what I could do.

‘That’s how my brain works, it could be anybody! When it’s someone new, “what could we do?”

‘Of course, I think me and Lesnar would have a pretty good match. Especially with the right build-up, it’d be awesome, and something the fans would want to see.’

For a brief time, Cesaro had the distinction of being named a Paul Heyman Guy, with many stars also carrying that reputation with the former ECW boss certainly having an eye for talent.

However, he has also suggested giving him any actual credit when things look up for these wrestlers is too kind.

‘How could anyone have looked at Drew McIntyre a year and a half ago and not seen money?

‘These are extraordinary performers at the top of their game all entering the prime. To say I pushed for them is giving me a lot more credit than I think I deserve.’

Instead, Heyman insists he’s using his platform on Talking Smack to be candid about his ‘admiration for these premier performers.

The latter turned out to be another spoiler rather than a prediction, as just days after our conversation it was confirmed the EST of WWE and the Legit Boss will indeed main event the first night of this year’s show.

As for Heyman, he’ll be supporting Roman in his triple threat against Bryan and Edge, which he seemed to suggest is a foregone conclusion.

Commenting on the decision to add Bryan’s into the match, he said: ‘It’s a very courageous step from Daniel Bryan to join Edge in what is guaranteed to be a historic ass whipping at the hands of the most dominant Universal Champion in history, Roman Reigns.’