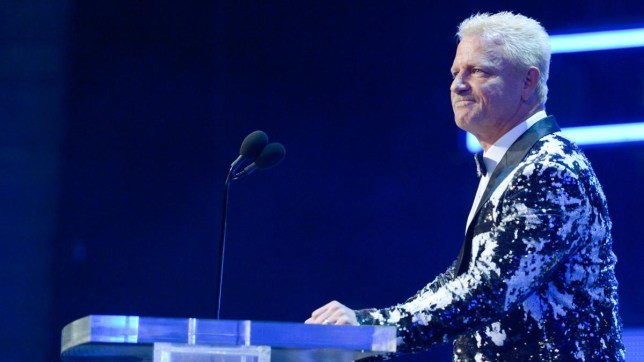 Jeff Jarrett has recalled the moment everyone backstage at TNA Wrestling was ‘scrambling’ to get things under control when the studio ceiling caught fire.

The industry legend – who has spent 35 years in the business as a wrestler and promoter – co-founded the company (now IMPACT Wrestling) with his father Jerry Jarrett back in 2002, and he looked back on one of the more chaotic moments in the promotion’s storied history.

Back at the Hard Justice pay-per-view in 2006, everyone was stunned when a fire broke out at Studio 21 – the official name for the IMPACT! Zone at Universal Studios Florida – in the middle of a match between Johnny Devine and Eric Young.

He exclusively told Metro.co.uk: ‘One time at TNA, the pyro went off and the pyro went up into the ceiling and it caught fire! We had to evacuate the entire studio on live television, keep it going.

‘The fire marshal had to come in! Backstage, making the calls on the headsets – just the craziness of behind the scenes!’

WWE Hall of Famer Double J admitted the scary moment will be one of many from his career that gets delved into deeper on his new podcast My World on AdFreeShows.

‘That’s a part of the podcast I’m gonna have fun with. You’ll think about different pay-per-views where maybe the talent wasn’t quite ready, the match before them finished early and so they’re not ready to go through the curtain so we’re scrambling backstage,’ he laughed.

‘We could talk for hours on things that people that watch the programme never knew happen.

‘Maybe a flight was delayed getting into Orlando, and so we’re having to shuffle around to get someone on next to last as opposed to opening match. Those kind of stories that you just go, “Oh that’s why that happened!” ‘

As well as providing entertainment to fans, another goal Jeff has for the podcast is helping people realise that ‘life is everchanging’.

‘From a very early age – 12, 13 – I’ve lived somewhat of a public life because my father promoted, my grandmother promoted,’ he pondered. ‘Then obviously getting into the industry and continuing through that.

‘Look, some of my highest times but certainly some of my lowest lows have been public… What I hope to, in my nature to look forward, is that somebody hear it and say, “You know what? He had a dark moment”. 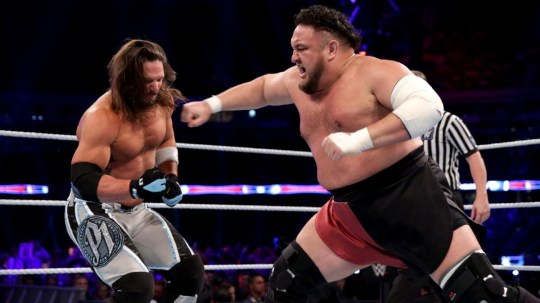 ‘But as I sit here today at this stage in my career and I look back on it, I realise that I really didn’t have problems. I had opportunities to grow – and no matter how dark it may be or how bright it may be, things are gonna change tomorrow. Then tomorrow gets here, and that’s gonna change. Life is everchanging.’

Of course, as varied and legendary as the Hall of Famers’ career has been, it’s natural that fans will be excited to hear about his work at the helm of TNA Wrestling in its early days, particularly with the company shining a light on the likes of AJ Styles, Samoa Joe and Christopher Daniels.

And while there were many stars who did make their name under the promotion’s banner, Jeff is keen to point out the relationship wasn’t one-way.

‘AJ’s probably the best example of that. People are like, hey, whatever credit I may or may not get, “You gave AJ a start and all this”. I always try and flip it and say, “Look at what AJ Styles did for TNA and Jeff Jarrett,” ‘ he pondered.

‘Man, from about 2002 to about 2009 it was a real special time building TNA. But now we look into 2021, we all cross paths… It’s one big universe of wrestling fans, and it’s pretty cool to see how everybody’s paths cross.

‘I’m just glad that we all got to cross paths – the ones you mentioned, the AJs and the Joes. It’s been a cool ride.’

While Jeff is still keeping busy in the business itself, the legend is allowing himself moments of reflection through the podcast itself – and even entertained a question about his own legacy in the business.

‘To me it’s very simple,’ he smiled. ‘It’s perseverance. Every day, get up and try to be better than you were yesterday.

‘I’ve sort of always lived by that mantra – sometimes a little bit too hard on myself at times.

‘That ability that when you go to bed at night, tomorrow’s a new day and you cannot control anything other than your effort. If you focus just on controlling your own effort, things work out.’

*My World with Jeff Jarrett is the latest addition to AdFreeShows.com.