WWE Hall of Famer John ‘Bradshaw’ Layfield had the ‘perfect’ retirement – but he refuses to rule out a return to the ring.

The so-called Wrestling God was a huge name in the tag team ranks alongside Farooq in the APA before transforming into rich villain JBL and wreaking havoc over the SmackDown roster before his in-ring career was tied with a neat bow at WrestleMania 25.

He exclusively told Metro.co.uk: ‘It was just like I wanted. I put over Rey Mysterio, it was just what I wanted to do. I wanted to go out in Texas. I had no plans on coming back, but as they always say, you never no!

The former WWE Champion insisted he has no concerns physically about stepping between the ropes again, but he would need to know the on-screen story was worth telling. 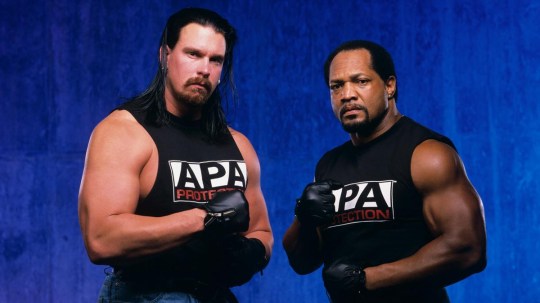 He went from the APA… (Picture: WWE) 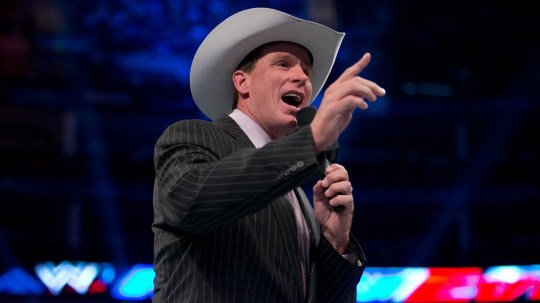 ‘I just wanna be able to put out something people wanna see. I don’t wanna go out there and do something and people go, “That was terrible”. It really is something – if I thought I could do something that people would be interested in and enjoy, then yeah, of course.’

That’s not to say Layfield is actively pitching for a comeback, as he’s more than kept busy with other endeavours, including his Stories With Brisco & Bradshaw podcast with fellow wrestling legend Gerald Brisco, and his work with Memphis Inner City Rugby helping kids from poorer backgrounds get better opportunities in life.

However, he admitted the passion for the business will never go away, and while his heart is still beating, there’s always a part of him that will miss being between the ropes.

‘Oh my goodness, yeah! When you’re dead, you’re dead, and when you’re dead it’s over – but when you’re retired, you’re not dead! You still have that passion, and there’s nothing that can fill that void,’ he added, pointing to NFL icon Tom Brady’s decision to call time on his playing career. 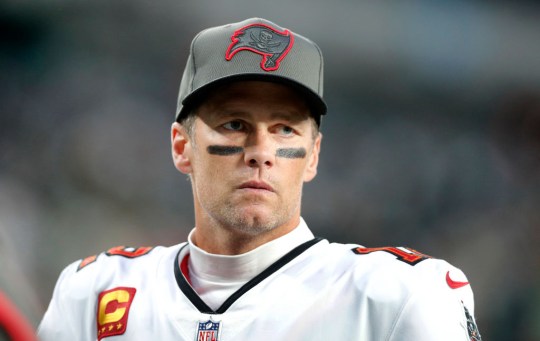 ‘I don’t understand why a guy would retire after leading the league in everything because once he’s done with football, he’ll never get that same thrill again . He may make 10 billion dollars, but that thrill won’t be the same.’

It’s the same for wrestling, with Layfield reflecting on the ‘wonderful thrill’ of being in front of a live crowd, which is the reason so many legends are tempted to return.

That said, it’s also about doing what’s best for business, which also played into the way the JBL character ended as an active wrestler – a 26-second loss to Mysterio in Texas, before saying ‘I quit’ to resounding cheers from the fans.

‘I wanted to make sure to do the right thing. Not a doubt in my mind – my career was winding down, I was starting to put guys over on the way out, which I had no problem with, it’s what you should do,’ he said.

‘But I wanted to go out in a bang and put as much as much as the JBL character, the equity in that, as I can give to somebody else. That’s why it was Rey Mysterio. I love Rey, he’s my wife’s favourite wrestler, I think he’s above me. [laughs]

‘He’s such a good person and such an incredible talent, and plus the association with Eddie [Guerrero] made it even better. That’s why I wanted to make sure and do the right thing as I was going out. No doubt about it, Rey was the right guy.’

Although JBL has been on social media defending the state of Texas from Kevin Owens’ rants, it’s Stone Cold Steve Austin stepping up for a special WrestleMania appearance on April 2.

Still, Layfield had a blast getting to be involved in some way and get back into character – albeit briefly.

”I’m having a lot of fu! I haven’t been able to cut a promo on somebody in a long time – except for Mr. Brisco, and most of that’s in private and full of expletives,’ he quipped.

Keep up with JBL on the Stories With Brisco and Bradshaw podcast.