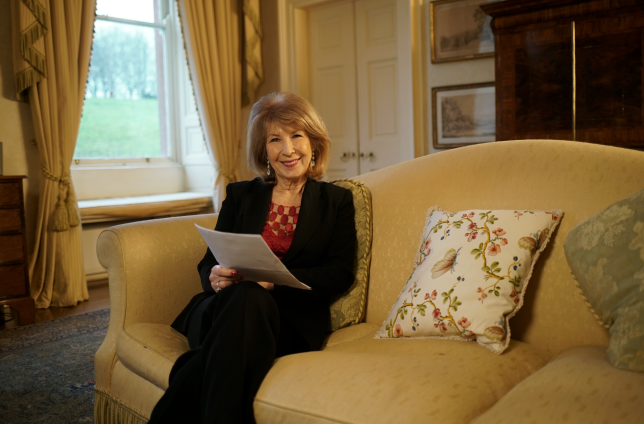 That’s right, the veteran broadcaster is leading the way ahead of Sunday’s festivities as she confirmed she’ll be joining the company as the official Royal Rumble Correspondent, bringing all the latest news and action with a series of bulletins.

Announcing her involvement in an incredible first video, she said: ‘Hello. I’m Jennie Bond, Royal Rumble correspondent, ready to bring you the news and view ahead of the Royal Rumble this Sunday live on the WWE Network.

‘Over the coming days, I’ll be spilling all of the royal-tea as we anticipate tussles, scuffles and plenty of handbags at dawn. No confirmations right now from the higher-ups on any surprise appearances, although history has told us that we should very much expect the unexpected.

‘What we do know is that each Royal Rumble match will see 30 competitors enter the ring, but only one will stand triumphant.’

She added: ‘However, all eyes will surely be on the astonishing princely conflict between William and Andrew. Who could have predicted such a growing sense of animosity between the pair?

‘Yes, William Goldberg and Andrew McIntyre will slog it out for the title. The outcome here really could have astronomical repercussions. The countdown is well and truly on.

‘Jennie Bond, Royal Rumble correspondent. Now back to you in the studio.’

As well as the two flagship matches – and the title clash between Goldberg and McIntyre – the show will also feature a Last Man Standing Match as Roman Reigns defends the Universal Championship against challenger Kevin Owens.