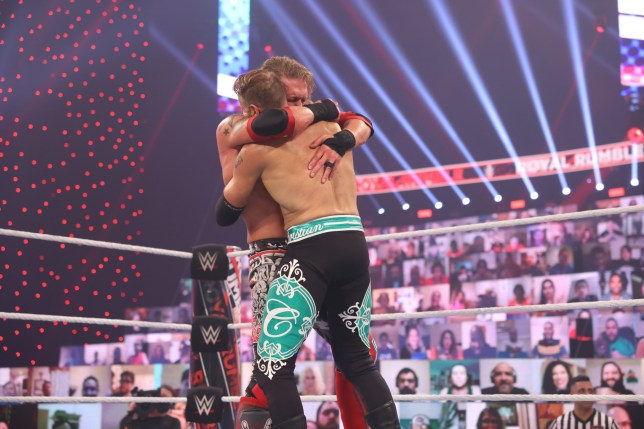 WWE legends Edge and Christian shared an emotional reunion at the Royal Rumble – and it sounds like there’s more to come.

The Rated R Superstar made a comeback during 2020’s historic Rumble match after nine years away, and now his childhood friend – and former tag team partner – looks poised to return as a part time superstar after appearing in this year’s match.

Edge – who won the men’s Royal Rumble on Sunday – exclusively told Metro.co.uk: ‘I would love it! I think at some point that would need to happen -just because there’s so many opportunities there.

‘Not for nothing, Edge and Christian versus Roman Reigns and Seth Rollins. There’s some stuff there.’ 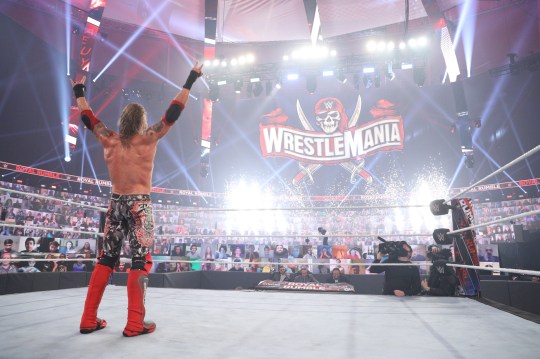 The 47-year-old performer – who is back full time now and guaranteed a world title match at WrestleMania 37 – is clearly salivating at some real dream matches with his best friend by his side.

The duo are seven-time tag team champions, so the legacy is there to build on after Christian’s first official in-ring appearance since 2014.

They shared an emotional moment as they hugged during Sunday’s match, and Edge explained how ‘real’ those feelings were. 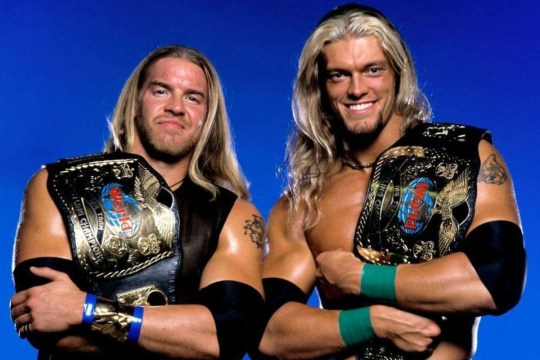 E&C have some real history in the tag division (Photo: WWE)

‘Here’s the beautiful part, here’s where wrestling can work at its purest, best level,’ he smiled. ‘When you have reality and truth, and real emotions that can’t be fabricated, that can’t be written, that can’t be scripted.

‘So the look you saw on my face as Christian was coming down the ramp, that was real. That was me being part dumbfounded that we were both in the Royal Rumble in 2021 after being told we could both never do this again.

‘Proud – there was pride because I know how hard he worked to get back to the point where he could be cleared – which was evident by looking at him.’

Edge admitted he knew ‘for a little while’ that Christian, also 47, would be following in his footsteps by making a sensational comeback, but that didn’t prepare him for the release once he actually stepped out.

He said: ‘There’s so many emotions in that moment and in that look – because I’ve known he’s been cleared for a little while, right?

‘So I knew all of these things, but then when it’s actually happening, you’re in the moment, you’re in the pocket, that’s when you get everything that you’ve been feeling for this last little while and it’s able to come out.

‘It just so happens to be able to come out on screen, and that’s a beautiful thing!’

*Edge will be on NXT (Wednesday) and SmackDown (Friday) this week at 1am on BT Sport. He will face either the WWE or Universal Champion at WrestleMania 37 on April 10/11 on the WWE Network.