2K Sports has been at the helm of the WWE-branded games since 2013. I don’t like to start out with history lessons in reviews, but it’s important here. See, WWE 2K22 isn’t a bad game. It’s pretty good fun, actually. It’s far better than the turd that caused the series to miss out on a 2K21 version. But it’s not great. It’s still lacking. It’s a good foundation, sure, but after nearly 10 years running a project we shouldn’t be looking at something that’s just a good foundation, should we? Unless it’s, well, Crossrail.

It’d be easy to fill all this space talking about the modes and matches available in 2K22, as there’s definitely a lot of content made to fill your time (and liberate more cash from your wallet). But rather than list a bunch of back-of-the-box features, let’s boil it down to a few salient points.

There are no new match types. Rey Mysterio’s Showcase mode is okay – but it’s also short, features a match with Gran Metalik – why a bout against a mid-tier luchadore was chosen as one of few to represent Mysterio’s three-decade career I do not know – and Rey himself is bizarrely credulous about everything, speaking as if the matches were real fights that really happened with real stakes. Genuinely odd. 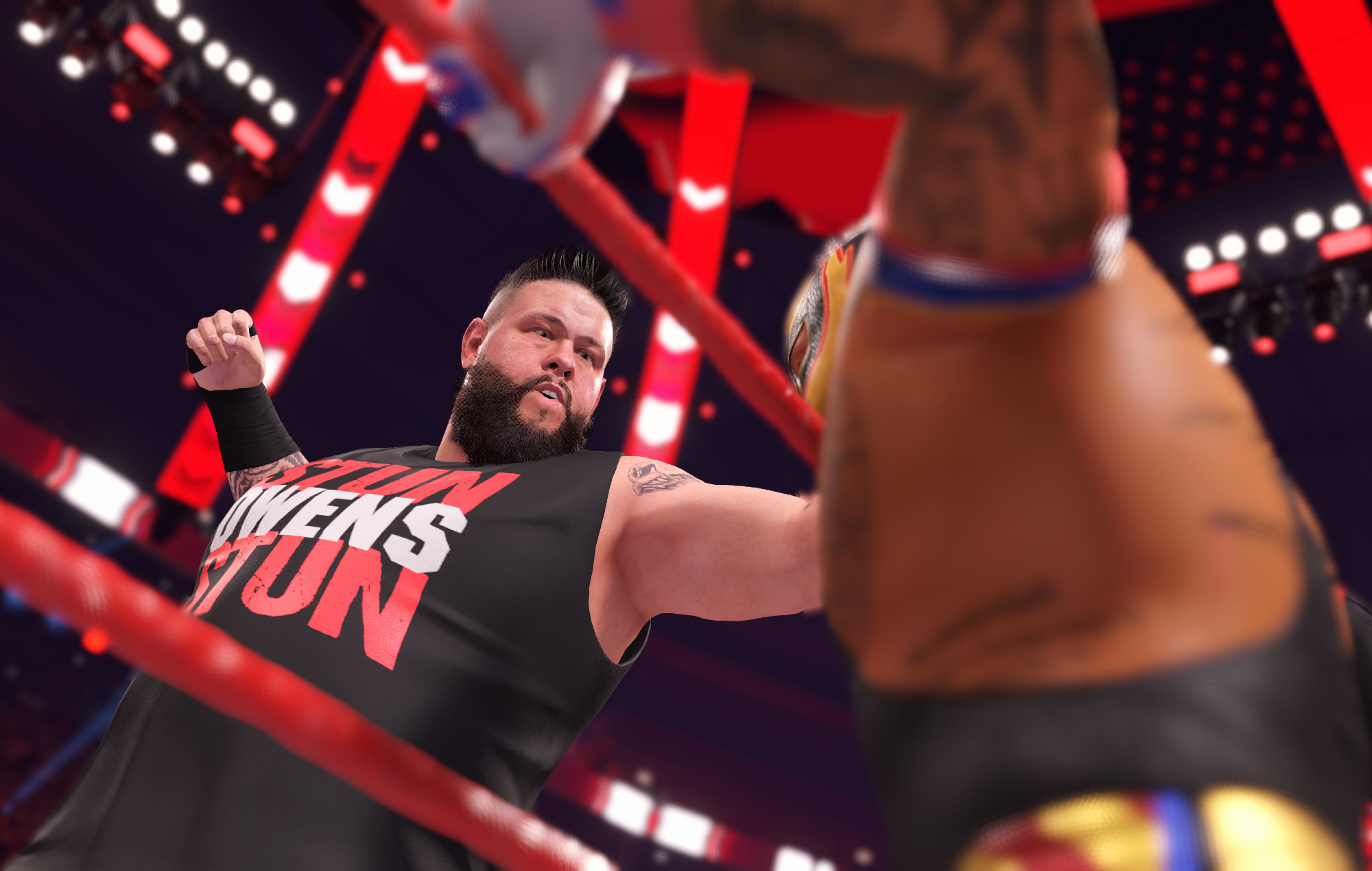 MyGM, MyRise, and Universe mode offer the bulk of the playtime in WWE 2K22, each having its own appeal to different sorts of players. For a branching storyline using a created wrestler, MyRise is actually good fun. It plays out like a Choose Your Own Adventure book with more chairshots. Universe is basically what came before – setting up shows/rosters/rivalries etc. It’s fine. MyGM mode is pretty much WWE meets Football Manager, just without the complexity, and I can see it getting its teeth into plenty of players given half a chance.

Finally there’s MyFaction mode – a collectible card game with matches sprinkled into it that I’m sure is fun but given it’s a vehicle for encouraging in-game purchases of currency and card packs it’s not something I will bother recommending, or spending too much time with. Sorry, that sort of predatory monetisation isn’t really my bag. Or my card.

The game itself is the important part, though, and it’s here where it’s a mix of happy-and-sad. Happy because it works, it makes sense, and it’s getting back to the point where the experience of men and women in tights pretending to fight is as much fun as it once was nearly 20 years ago. The complexity isn’t quite there, though, with nods at real depth in the combat system soon overtaken by the feeling it’s all a bit simple. Yes, this sounds like a git gud rant, but that’s not the intention – it’s more that I’ve been playing these things my entire life, and I know what’s possible, and 2K22 isn’t reaching its true potential. It is good though, and you can string together some impressive looking matches with players of varying skill levels easily enough. 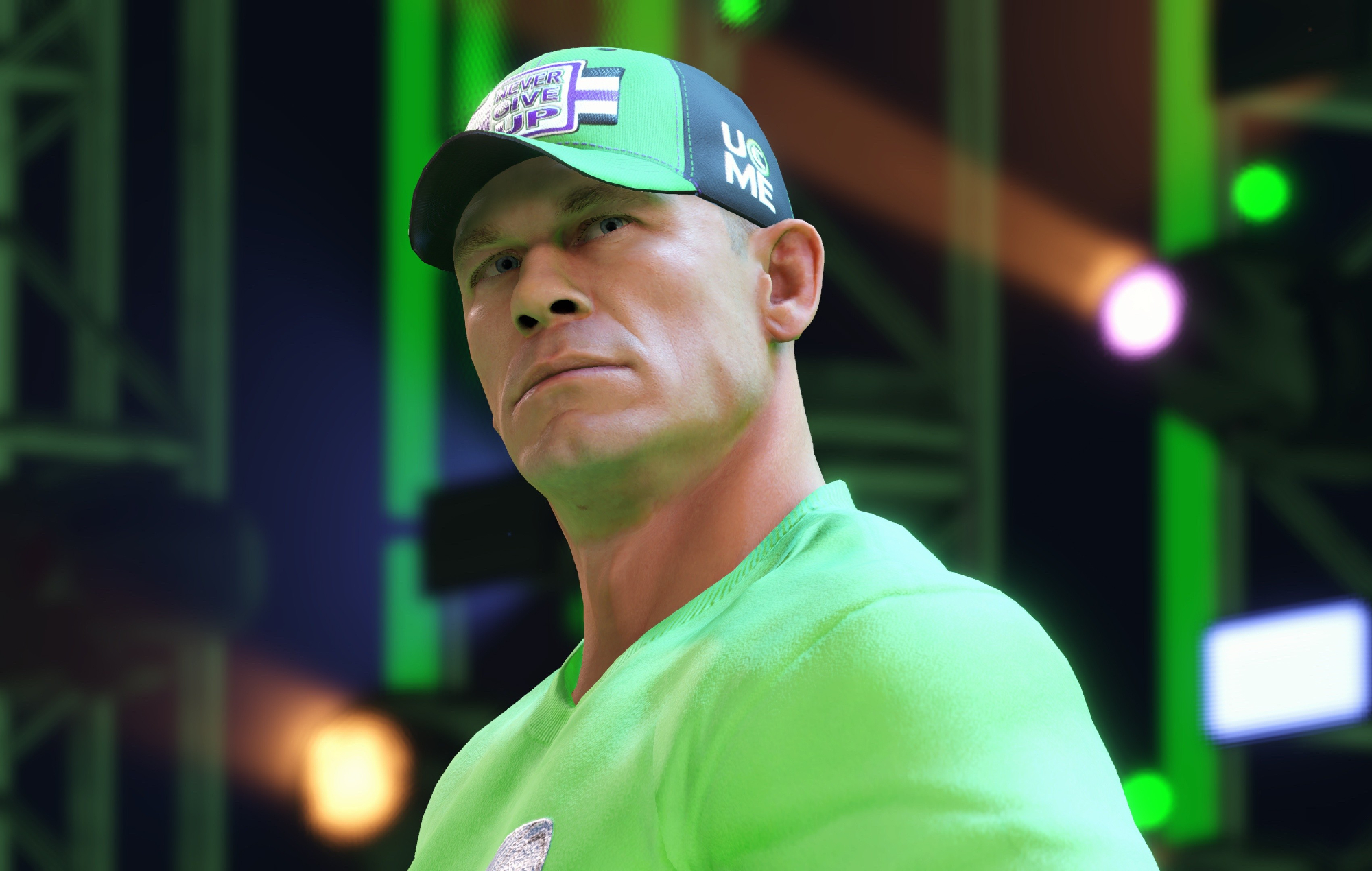 Counters have been revamped, and while I’m all for that – mainly because my timing has traditionally made me look like a particularly unresponsive sloth – the actual result seems to be a clumsy mix of too easy and too random. Plenty of attacks are reversed with the press of triangle/Y at a set point (or points), with the prompt remaining there just long enough that it’s not too difficult to land a counter. There’s your ‘too easy’. Your other counters – to grapples and combos – require you press a ‘breaker’ button at the right time. Basically if your opponent attempts a light grapple attack, you need to press the same button as them about the same time they hit it. There’s little to no information about what they’re going for, though, so this means you will a) mash the light/heavy attack buttons, and b) sometimes counter things entirely by accident. There’s your ‘too random’.

Meanwhile, there’s the issue of the roster. While the absence of the WWE 2K series for the past two-ish years has certainly been felt, the absences of a significant chunk of the game’s roster from the real life company certainly ‘hits different’, as 2K’s marketing would put it. There are 194 people in the game, including managers, DLC, and minus repeats of individuals (e.g. the eight extra versions of Rey Mysterio from across his career). Of those, around 49 are no longer signed to the company in any way and about 15 of them are dead. So a quarter of the people in the game don’t work for the company, and a smaller percentage can’t work for anyone anymore. It’s… rough. WWE is a company focused on personality, and it’s important to get things like this right. Again, 2K has had a long time to improve aspects like this, and it doesn’t seem able to, for whatever reason. It just ends up feeling sloppy in the end. 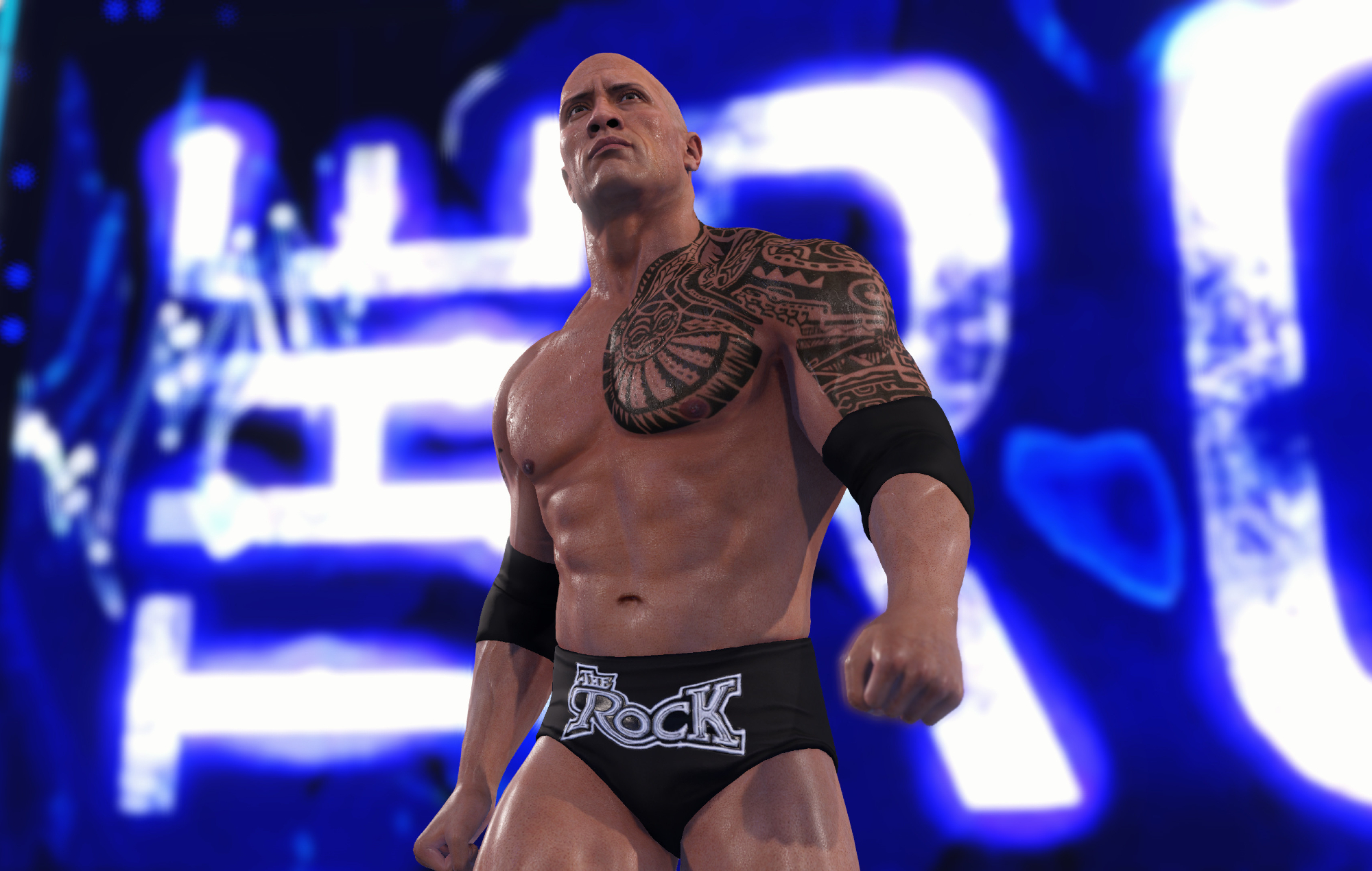 There are smaller issues barging into your playtime like a digital Shockmaster – match ratings still rely on your input to matches, meaning against the AI it’s a case of doing as much as you can to get to five stars by yourself, with the opponent not contributing anything to the score. That’s not how wrestling works. There are also glitches and bugs still popping up, with opponents sometimes standing dead still and not doing anything at all for a few seconds, or their limbs contorting in unrealistic/terrifying fashions – but while these are jarring, they’re nowhere near as ruinous as they were back in 2K20. So well done there, I guess?

All in all it’s a hard one to really balance out, though. I felt a tremendous sense of relief in playing 2K22, but is that the right feeling you should have when playing a game? Something not being bad is not the same as something being good, and I do fear my sense of dread being abated by the game not, I don’t know, setting my house on fire or somesuch shit has dulled some of my keener critical faculties. It’s good enough to be enjoyed rather than tolerated, though, and that’s a big tick in the game’s favour.

It’s also flashy and genuinely impressive to stare at – there can be no denying that presentationally this is the best a WWE (or WWF) game has ever been. Yes, it even looks better than European Rampage on the Amiga, hard as that might be to believe. But there can also be no denying that WWE 2K22 is still lacking in certain ways – simplistic at times, overly complex at others, and with an intensely outdated roster. It doesn’t reach the highest of highs, but it is – surprisingly – a fun game. And best of all? It’s not WWE 2K20.

WWE 2K22 is available now and can be played on PS4, PS5, Xbox One, and Xbox Series X|S. This version was tested on the PS5.

I had low expectations for WWE 2K22, but it seems Visual Concepts has been putting in the hours these past couple of years. What we’ve ended up with is a fine foundation to build upon for future wrestlegames… but this is the eighth mainline WWE game from 2K – it should be more than just a foundation by now. 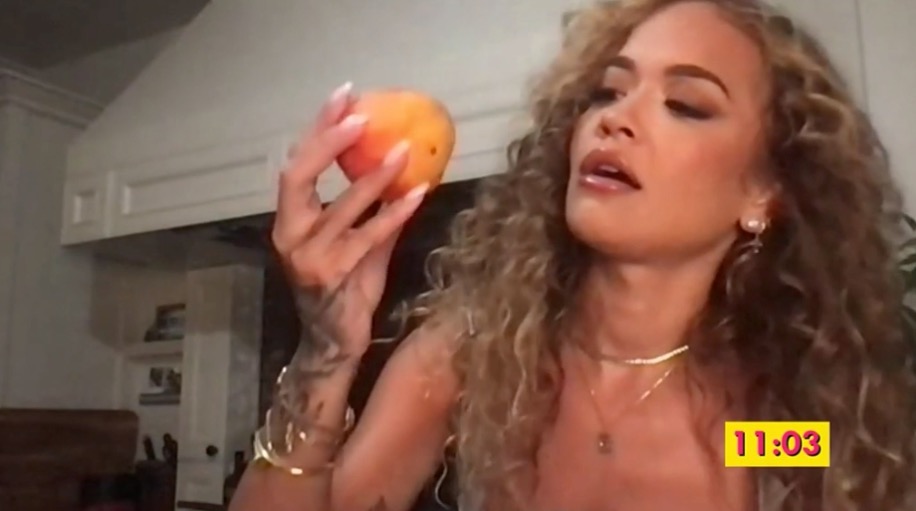 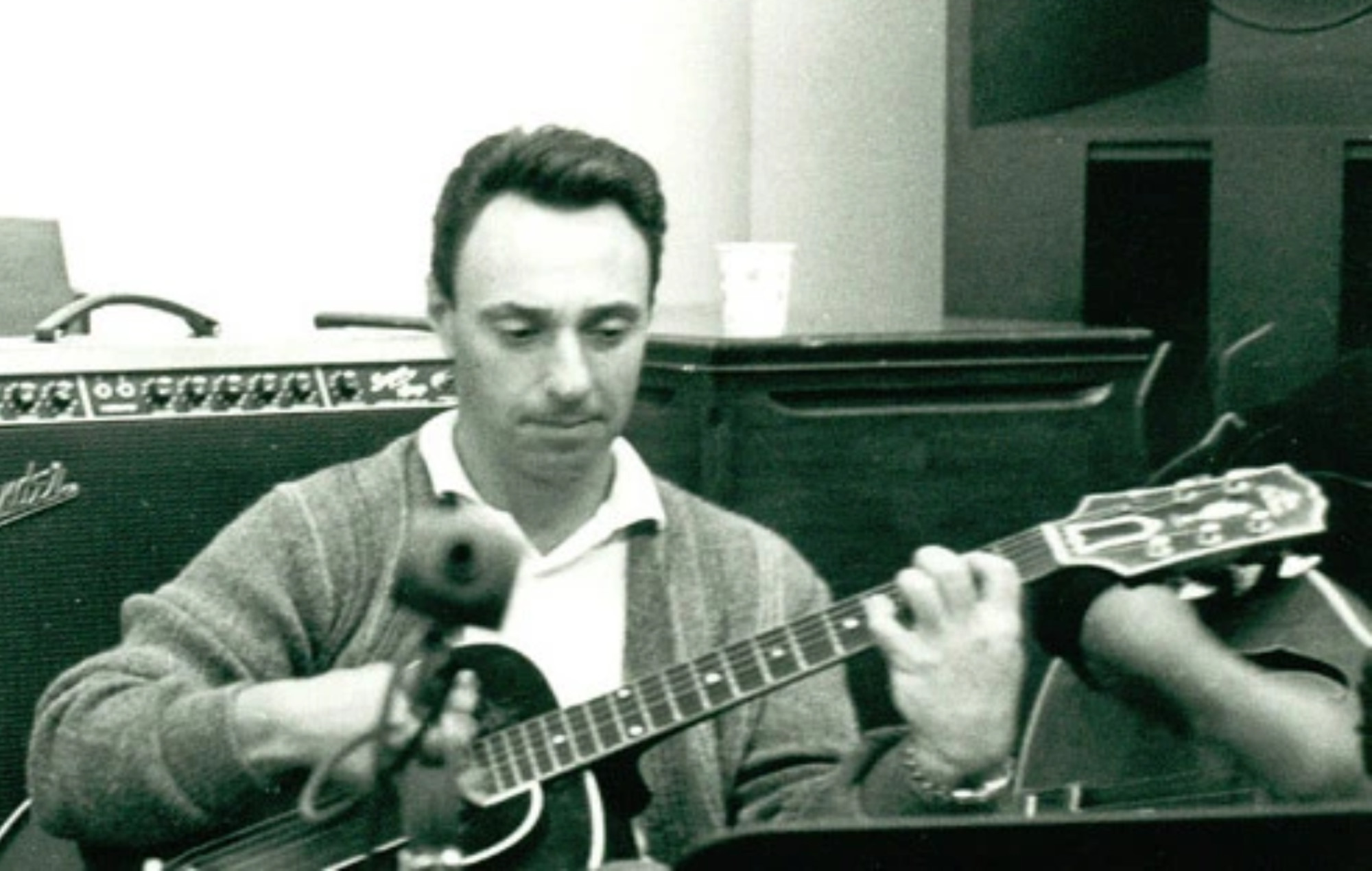 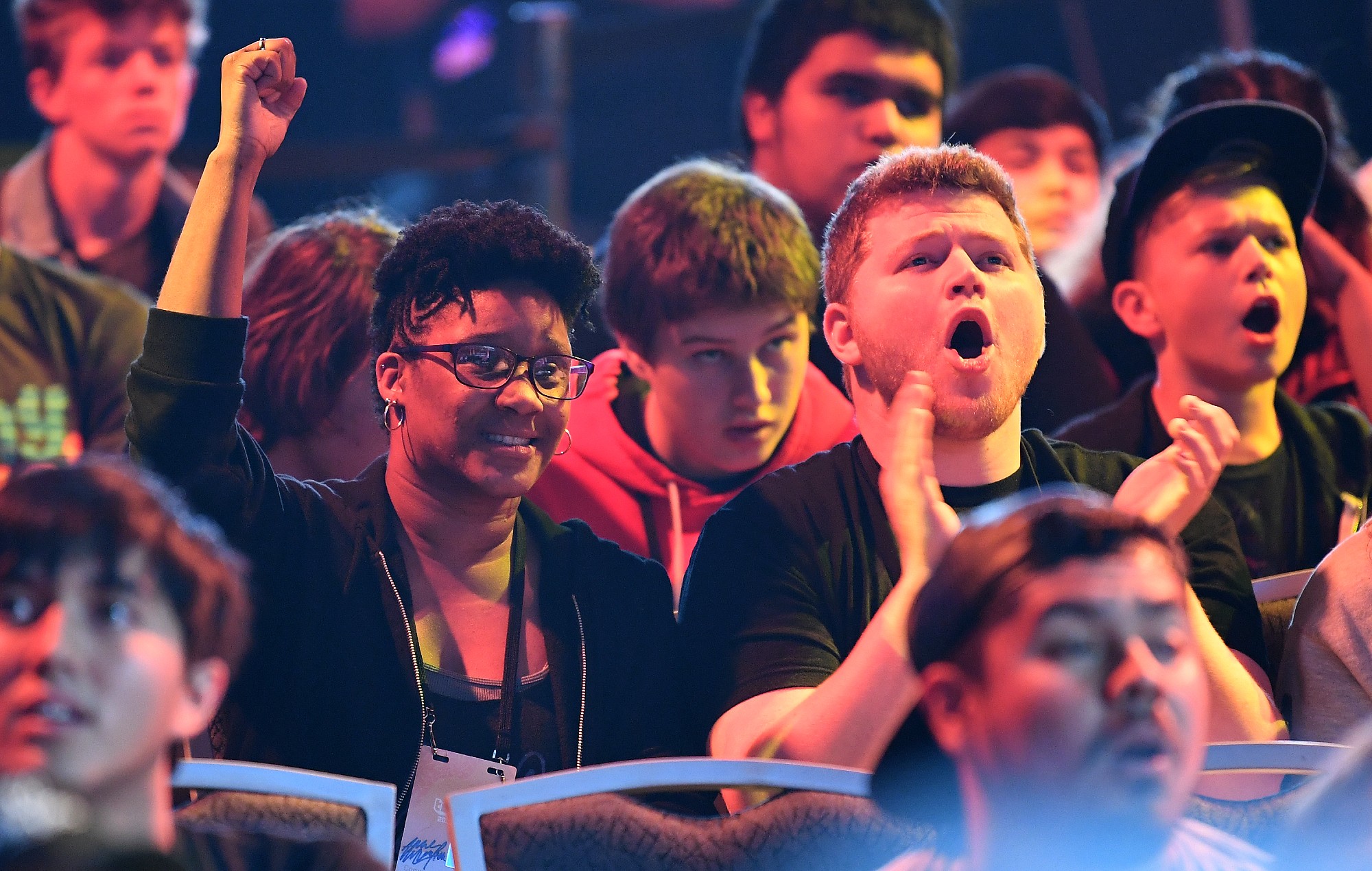 ‘Alone In The Dark’ being rebooted with ‘Amnesia’ writer