A WOMAN dubbed the “Victoria’s Secret Karen” had a screeching meltdown over being filmed after allegedly attacking another shopper.

In videos widely shared online, the “Karen” appears to attempt to hit a woman who was filming her before having a breakdown in the store.

The woman, dubbed ‘Victoria’s Secret Karen’ was seen having a meltdown at a mall 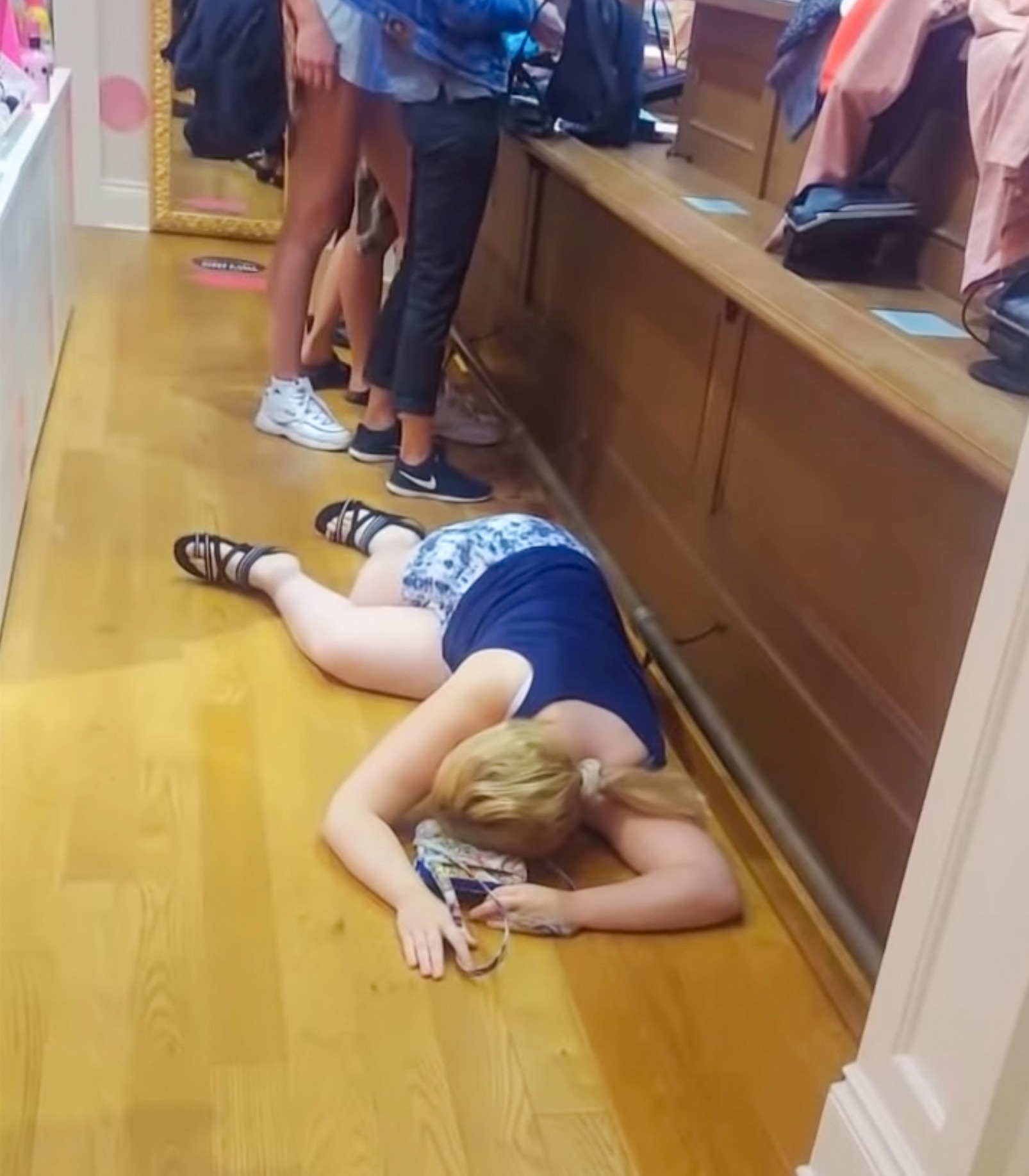 At one point, it looks as if the woman has passed out

The video was filmed by Ijeoma Ukenta at a Victoria’s Secret at the Short Hills Mall in Millburn, New Jersey.

After allegedly attacking Ukenta, the blonde woman crumbles onto the ground and begins crying, screeching, and denying that she tried to hit her.

In a second video, the blonde woman is on the floor violently shaking and screaming, “She’s recording me. Tell her to stop.”

She is then seen following Ukenta around the store and yelling at her to stop recording.

In the video, Ukenta, who is black, can be heard saying that she’s only recording to protect herself in case the blonde woman attempts to lie to the police about the situation later.

She told TMZ that she was afraid the woman would make false claims and she wanted proof to show she was telling the truth.

Police eventually did show up and the sobbing woman told them that she was upset because she was worried the video would be shared online and she would face backlash, such as losing her job.

Neither woman was arrested or removed from the mall after police did show up.

Millburn Police Department told TMZ that it was actually the blonde woman who called them in the first place.

Police said she told them she was having a panic attack due to Ukenta recording her.

Ukenta reportedly asked the cops to remove the so-called Karen, which they refused to do because they claimed to have no legal precedent to do so.

They offered to escort Ukenta out of the mall if she felt unsafe, which she refused, and told her she could file a formal complaint.

According to police, she did go in and file a complaint against the responding officers a few days later because she was unhappy with their response.

At this point, it doesn’t appear that any charges have been filed against anyone involved. 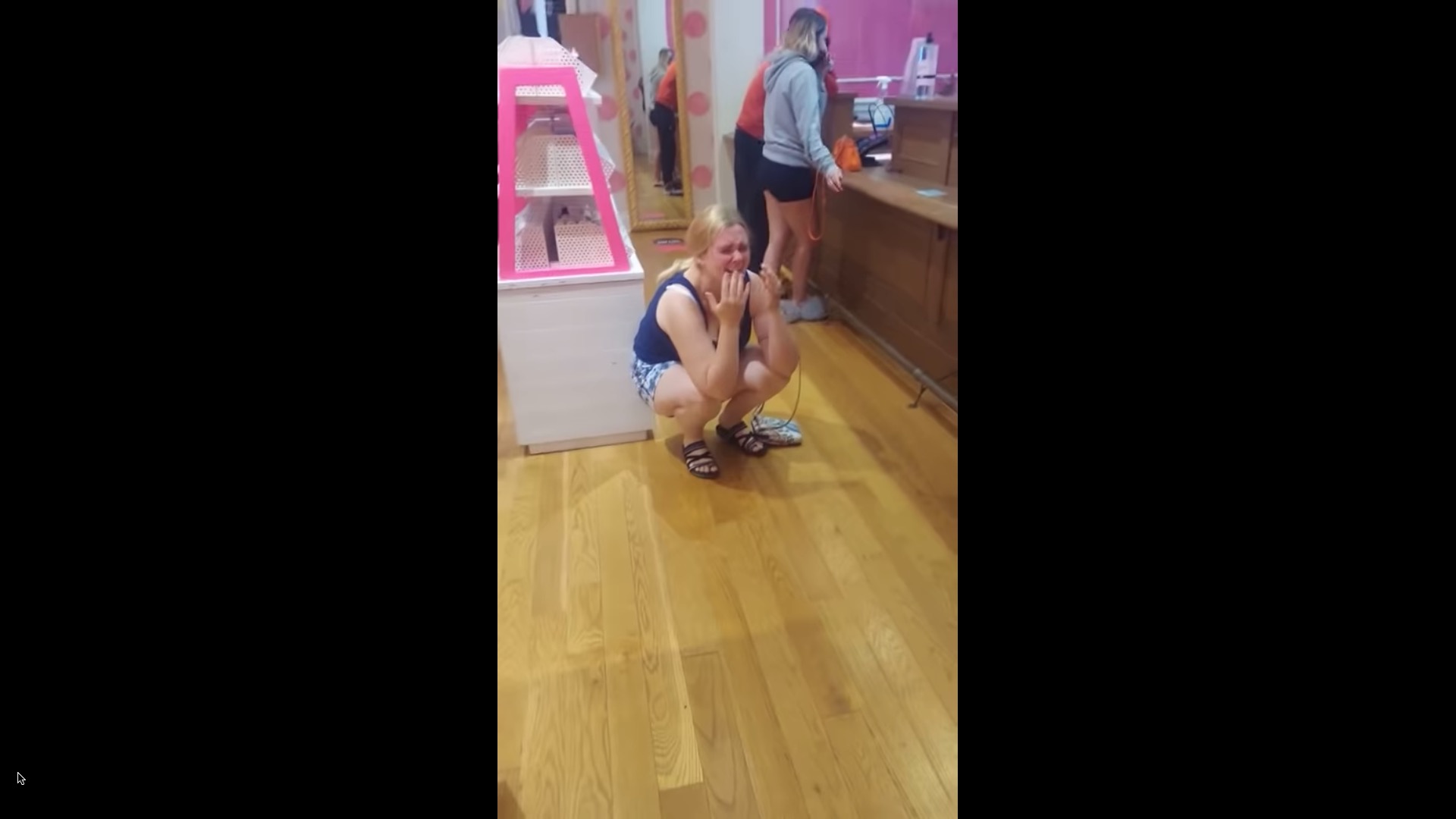 The woman screams at another customer to stop filming her, after allegedly trying to hit that customerCredit: YouTube