Winnie the Pooh is back, but not how you know him (Picture: IMDB / Jagged Edge Productions)

Winnie the Pooh is out for blood as the character stars in a gory new slasher film (no, really).

It’s 95 years since AA Milne first introduced young readers to the adorable yellow bear and his friends, including Piglet, Eeyore and Tigger, and this means two things.

First, the fact that the characters and stories are just as beloved almost a century later is a testament to Milne’s work.

And second, it means the copyright on the character has run out: Pooh is in the public domain, and creators can use the characters as they wish.

For horror production company Jagged Edge, this means using the character’s likeness to create a disturbing slasher movie where Pooh and Piglet team up to, well, murder.

Disney had owned the rights to Winnie for a number of years, giving us adorable movies such as The Heffalump and The Tigger Movie, but Jagged Edge are going in a different direction with their upcoming flick Winnie The Pooh: Blood and Honey. 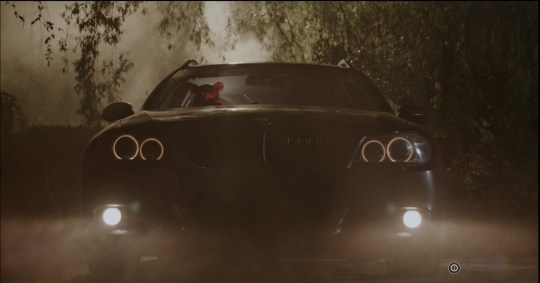 Stills released by the production company sees Pooh – or, more likely, a man in a disturbing Pooh-bear mask – going on a murderous rampage in the middle of the night.

One still sees the character waiting in a car in the pitch-black, as another character – holding a massive sledgehammer – stands by a woman who is lying, tiedup, in the middle of the road.

Another sees a woman walking down the stairs of a house where she notices the words ‘Get Out’ written in what looks like blood on the windows.

And – by far the most disturbing – one scene shows Pooh and, oh God, is that Piglet?, sneaking up behind a woman who is relaxing, eyes closed, in a hot tub.

It looks like even the formerly-adorable Piglet gets roped into the murders (Picture: IMDB / Jagged Edge Productions) 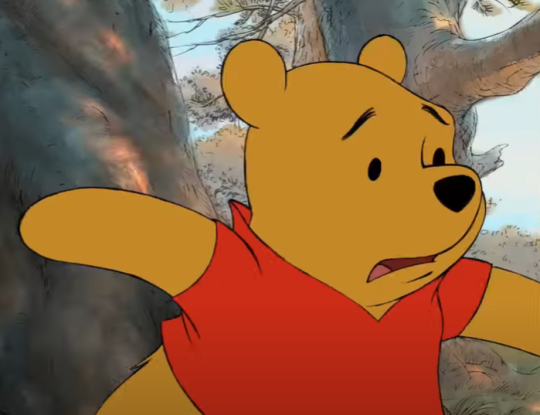 We don’t know what happens next, but we can’t imagine it’s good.

Winnie the Pooh: Blood and Honey is written and directed by Rhys Frake-Waterfield.

Despite being a newcomer to the scene, it’s safe to say Rhys is already causing quite a stir with his unique take on the children’s series.

He told Metro.co.uk what to expect from the nightmarish reimagining of the children’s classic, promising it was ‘far from the original story and not tame.’

The story revolves around a now grown-up Christopher Robin, who abandoned his old friends Pooh and Piglet as he became a teenager, eventually heading off to university and finding a girlfriend.

Since the not-so-cute animals relied on Christopher for food, over the years Pooh and Piglet ‘became increasingly hungry and feral’ – and eventually ‘had to eat Eeyore to survive.’

When Christopher returns to his home town, he discovered ‘his old feral friends are no longer what they seem,’ and upon seeing Christopher again, Pooh and Piglet ‘go on a rampage.’

In classic slasher fashion, they proceed to target a rural cabin, occupied by a group of university girls. 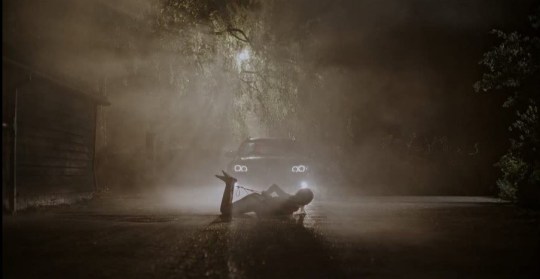 The new Winnie the Pooh film is not for the faint-hearted (yes, that’s a sentence you just read) (Picture: IMDB / Jagged Edge Productions)

The film is currently in production with no release date as of yet (Picture: IMDB / Jagged Edge Productions)

Jagged Edge Productions, meanwhile, have worked on a number of independent horror movies, each one sounding more interesting than the last.

Their back catalogue includes The Legend Of Jack and Jill (a horror retelling of the nursery rhyme), the Easter Bunny Massacre, and Curse of Humpty Dumpty 2.

Winnie the Pooh: Blood and Honey is still currently filming, with no release date set as of yet.

We also don’t have a trailer for the film, but by the premise alone it’s likely Winnie the Pooh: Blood and Honey will have a ready-made audience waiting eagerly to see what they produce.