Prince William struggled to keep his cool during the match (Picture:Twitter/@rdgboi13)

Prince William failed to hide his frustrations during Cameron Norrie’s quarter-final match at Wimbledon on Tuesday.

The Duke and Duchess of Cambridge arrived to take their seats on centre court ahead of Novak Djokovic’s match with Jannick Sinner.

Celebrities including Holly Willoughby, Oti Mabuse and Hugh Grant have also been watching the action unfold on the court.

William appeared to be in high spirits during the intense game, however, his mood suddenly switched after Norrie lost a point to his competitor David Goffin.

An attentive fan captured the moment the downcast Duke shook his head, and viewers believed he uttered the words: ‘No, no, no f*** it.’

While some fans were stunned by the profanity, many saw the funny side to his outburst.

‘Sometimes, dropping the F bomb is the only satisfying way forward,’ one person wrote.

‘Duke Cambridge has his moment like the rest of us a slip of the tongue,’ another added.

While a third person simply tweeted: ‘Summed up the mood of the nation.’ 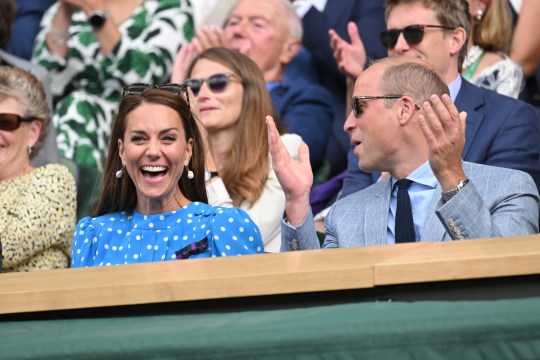 We’re pretty sure he had a great time nonetheless (Picture: WireImage) 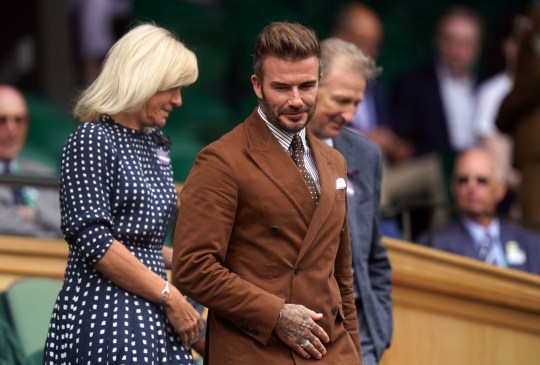 David Beckham was among the famous faces on day 10 (Picture: PA)

Norrie, 26, celebrated making it through the Wimbledon semi-finals after beating Goffin in a five-set thriller, and now faces reigning champion Novak Djokovic in Friday’s semi-final.

Born in South Africa and raised in New Zealand by British parents, Norrie has represented Great Britain in professional tennis since 2013 and is coached by Argentine Facundo Lugones – who won ATP Coach of the Year for 2021.

Asked for his thoughts on reaching the semi-final, a visibly emotional Norrie said: ‘Honestly, I’m just speechless. I can’t even talk.

He added: ‘Yeah it’s great to win this but it only gets tougher! I know he’s gonna come out and I’m going to enjoy that and take it to him and hopefully you guys can get behind me again – I’m sure you will!

‘Looking forward to it. Can’t enjoy it too much now, just get ready for Novak in a couple of days.’