The original Willy Wonka and the Chocolate Factory film has officially turned 50.

Half a century later, the movie, which starred the late Gene Wilder as the eccentric chocolatier alongside an amazing group of child actors, is still as magical as ever.

No one expected the film to be such a hit – it ended up being Wilder’s most iconic role and skyrocketed the children to fame. While Peter Ostrum, who played Charlie Bucket, never acted in another role, for some of the others, it set them up for life.

Julie Dawn Cole, who played Veruca Salt in the movie, told Metro.co.uk: ‘I was 12 when we started it – you have no concept of time when you’re 12! If somebody had told me I’d still be talking about this film in 50 years time, it’s a crazy thought.

‘It didn’t do very well at the box office when it came out. It was very reliant on box office success and Willy Wonka had kind of been and gone within three or four weeks in the UK and it was like “Oh, okay”.

‘So it’s a strange thing, the cult that it’s become, because it disappeared for so long and I think it was probably the 80s when it came back.’

The movie is famously based on Roald Dahl’s classic Charlie and the Chocolate Factory. However, at the time, he wasn’t particularly well known for his children’s books – and he certainly wasn’t a fan of how the movie was adapted. 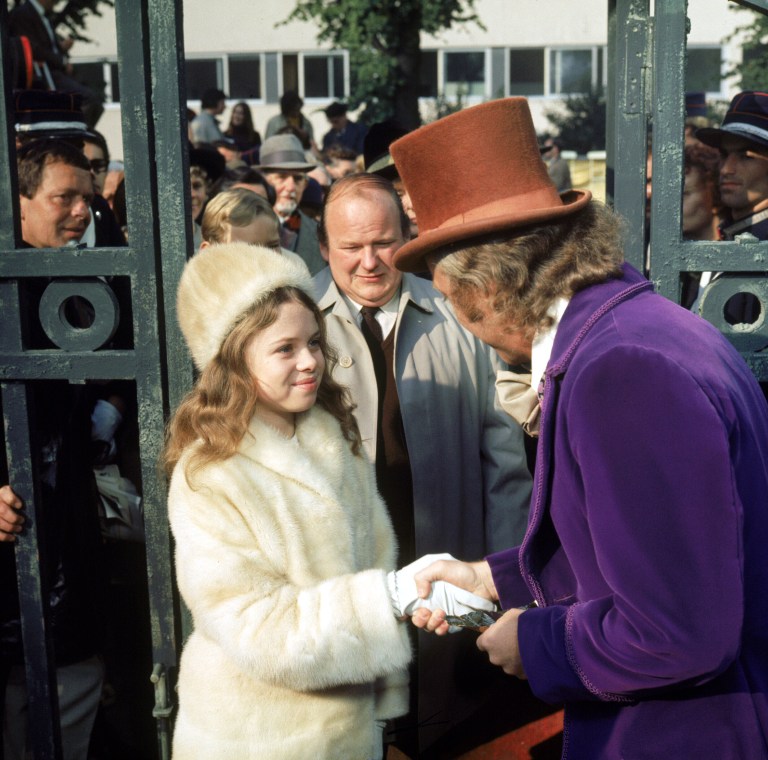 Julie starred in the film alongside Gene Wilder (Picture: Shutterstock)

‘I met him on a couple of occasions,’ Julie, now 63, recalled. ‘He was a difficult man, he was tricky. He didn’t get on with the director, Mel Stuart. But Mel was difficult too!

‘For what I’m told as well, his choice for Willy Wonka was Spike Milligan, which would have been a very different take! Perhaps there were clashes, clashes before we even got started I think! You’ve got two very strong-minded men with very different visions!’

As for Julie’s conversations with Dahl, she recalled: ‘I asked him why he called her Veruca. He said, “Because she was a wart of a child.”‘

Clashes aside, Stuart and his team had to come up with some pretty inventive ways to depict the chocolate factory.

‘It’s all a bit smoke and mirrors! I hate to burst anybody’s bubble when they say, “Was anything really edible?” It depends how old you are according to how I will answer that! It was all quite exciting and I suppose the advantage we had was it wasn’t CGI,’ Julie recalled.

‘We had the Chocolate Room, which took over a whole soundstage – it was a fun place to hang out!’

Meanwhile, Julie also revealed her lasting memories of the late Wilder, as she recalled: ‘He was such a lovely man, so kind and those beautiful blue eyes!

‘Absolutely twinkling blue eyes. He was lovely, he was funny, not wildly extroverted really. He was just Gene, sitting in the corner with everybody else, getting on with it. He and Roy Kinnear [who played Veruca’s father, Henry Salt] had some wonderful chemistry – they played off each other. You could see that, you got the sense that they liked each other!

‘It was my 13th birthday on the movie, and he arranged for a photographer to come on set and take a set of colour stills and that was my birthday present, which was such a lovely thing. And I’ve still got those photos.’ 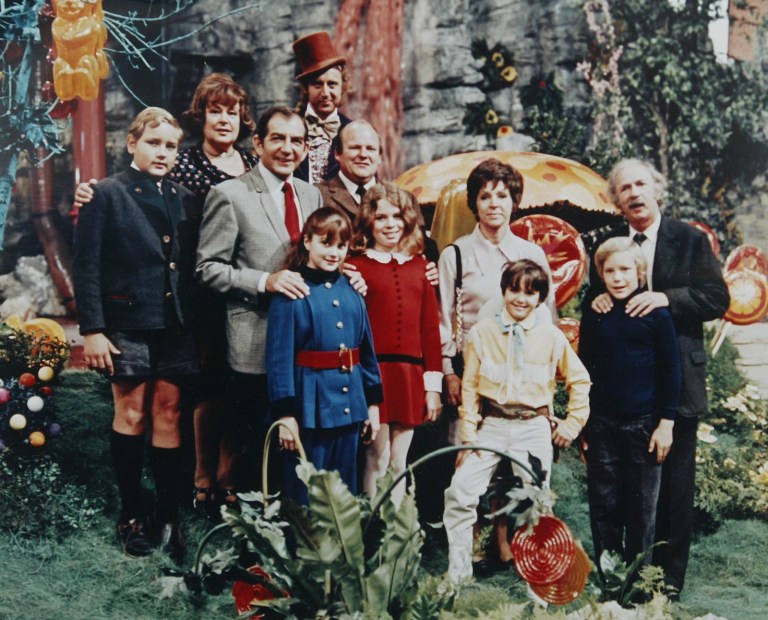 Aside from the photos, Julie was also gifted with some incredible souvenirs – a golden egg prop, a golden ticket, and an Everlasting Gobstopper.

Years after its release, the film was remade as Charlie and the Chocolate Factory, with Johnny Depp starring as Willy Wonka.

‘At the time, it was kind of like, “That’s a bit sad,”‘ Julie admitted. ‘It’s a weird feeling to think that something that was so special to us, there’ll be someone else recreating it. But it was also time to let it go and thinking, “Well, we’ve had 30 years – it’s time for someone else to take the baton on.” 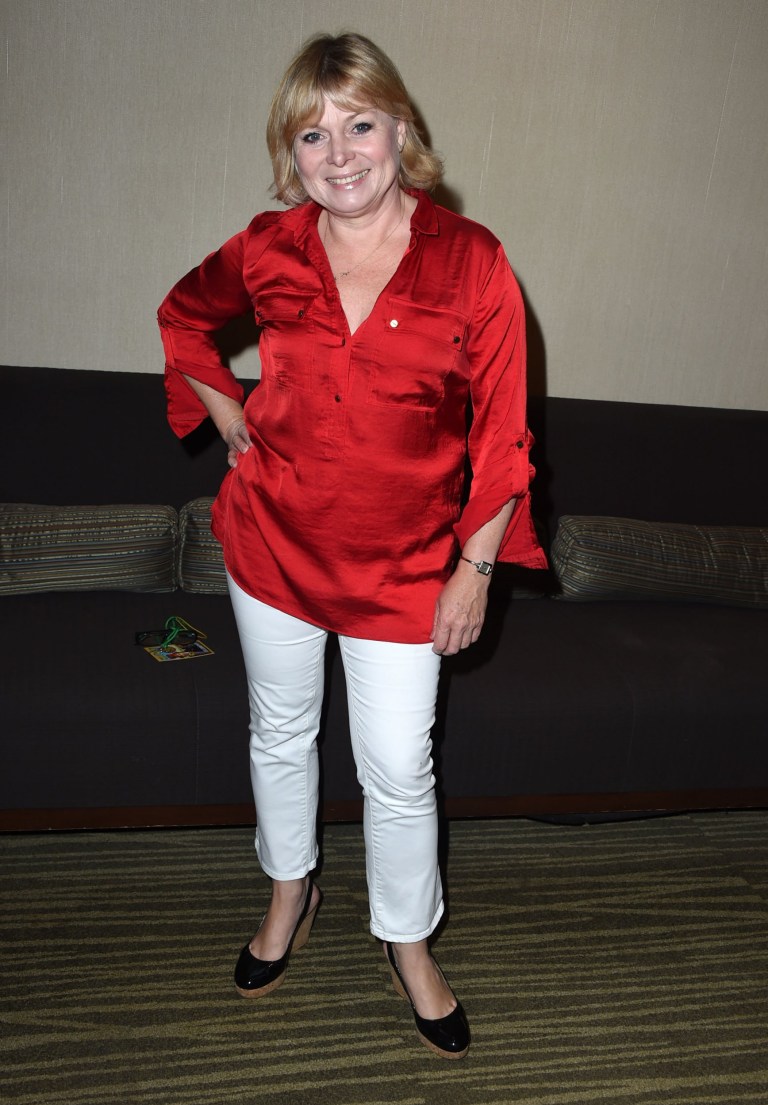 ‘Instead it did us a favour. People took a look at that one and went, “Hmm, not really sure” and they showed their kids the original one, and people became quite partisan about it. It reignited interest in the Gene Wilder version.’

As for the upcoming Timothee Chalamet prequel? Julie’s all for it, saying: ‘That’s brilliant. I look forward to it!’

There were originally meant to be more Wonka films, with Peter and Julie on a deal to make three more movies – but they never came to light.

However, the surviving members of the cast are still in contact. 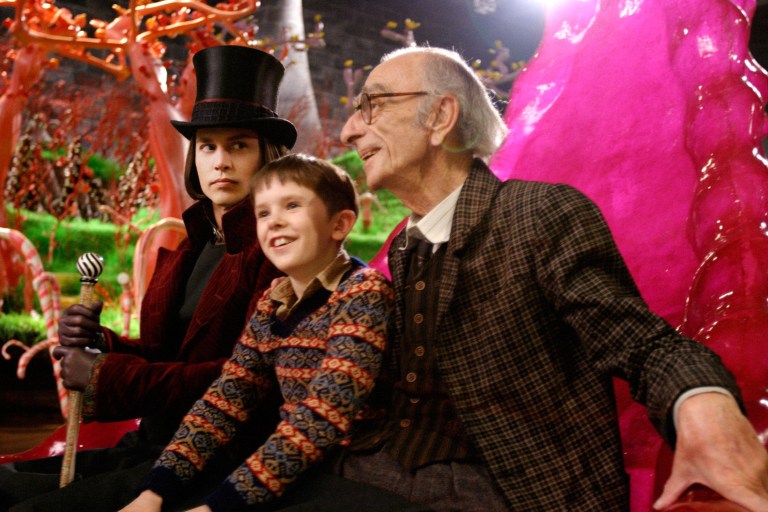 The film was remade in 2005 and starred Johnny Depp (Picture: Reuters)

Denise Nickerson, who played Violet Beauregarde, died in 2019. But Julie is still very much in touch with Peter, who played Charlie, Paris Themmen (Mike Teavee), Michael Bollner (Augustus Gloop), and Rusty Goffe, who played one of the oompa loompas.

‘Actually I spoke to them last weekend!’ she revealed.

Julie immediately answered: ‘She’d have her own YouTube channel, she’d be an influencer of some description I think!’

Most of all, half a century later, Julie loves that the movie still makes people smile.

‘We’ve heard over the years many stories of people watching it at times of stress and difficulty. It’s kind of like the movie version of chicken soup! It makes you feel better.’

And who can argue with that?