Will Young has revealed he was driven to sell off his coveted Brit Awards as he ultimately found them joyless.

The Evergreen singer shocked fans three years ago when he announced he had put his two awards up for auction to raise £5,000 towards a dogs’ home in Thailand.

He has won two Brits so far in his career; first in 2004 for British breakthrough act, and again in 2005 scooping British single of the year for Your Game.

However, Will, 42, didn’t feel precious about keeping them and offloaded them to lucky bidders.

Recalling the surprising move, the singer said on The One Show: ‘I did get rid of a lot of awards a few years ago. I actually got rid of my Brits.’

Guest Stacey Solomon, who was promoting her new TV series about decluttering, chimed in: ‘I would have had them!’ to which Will replied: ‘I auctioned them.’

Will Young has won two Brit Awards in his career (Picture: Rex Features)

He then joked: ‘Maybe you bought them – is that them on the mantlepiece?

‘It was things that sparked joy and they didn’t spark joy. But my Top of the Pops awards – they weren’t going anywhere!’

Will had previously said about the auction: ‘People think I am mad to get rid of my Brits but to me they are just a reminder of a not very happy time in my life. I would rather the money go to the dogs. 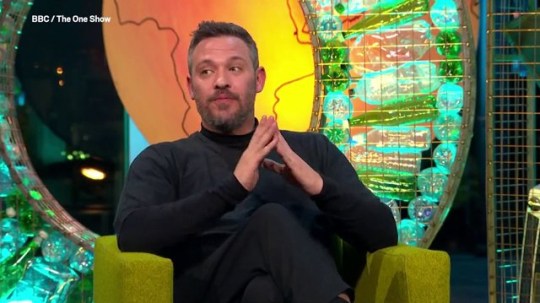 Will appeared on The One Show on Tuesday evening (Picture: BBC)

‘Then I am turning bad into good. That’s just the way I want to be.’

The Leave Right Now singer later admitted that he ‘forgot’ he recorded a song for the Disney movie 101 Dalmatians due to life being ‘so mad’ after Pop Idol.