Fans are keen to know if there will be an Ozark season 5 (Photo: Netflix)

Ozark fans are delighted to know that the second half of the fourth season dropped on Netflix on Friday April 29.

But, as the second part of season 4 of the Emmy Award-winning show returns, bringing with it original Netflix series stars Jason Bateman and Laura Linney as Marty and Wendy Byrde, fans are keen to know if we’ll be getting more.

So, will there be a season 5 of the popular Netflix drama?

And if so, when will it be released and who will it star?

Will there be a season 5 series of Ozark?

It’s thought there will not be a season 5 of Ozark, with season 4 being sold as the final season.

Speaking to Jimmy Kimmel, Jason Bateman said he was ‘thrilled’ and ‘excited’ by the show’s final season and told audiences: ‘I hope you guys are as excited by how the plane lands as we are.’

The first part of the fourth season, which dropped earlier this year, has left fans hoping that Ruth gets justice after losing so much.

While Marty has begun to suffer from feelings of guilt as he was the cause of the deaths of her family.

Bateman shared what to expect, saying: “With the final season, the whole thing was like, ‘Well, how are we gonna end it?’

“Should the Byrde family pay a bill, you know? Like, should they get away with it? Should they not?”

The first part of the fourth series ended on a nail-biting cliff-hanger, which has just upped the stress on fans waiting for the second part of the series to drop.

What’s the plot to Ozark season 4?

The official season 4 synopsis, released by Netflix, sums up the forthcoming shows. It reads: ‘Marty and Wendy return and climb to the top of Navarro’s empire.

‘They find another opportunity to get out of the Ozarks but some past sins won’t be buried, and the most dangerous threats come from blood.’ 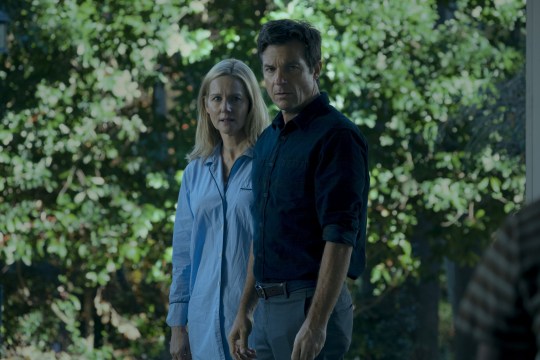 The Byrde family’s escape from the cartel is in sight (Picture: Steve Dietl/ Netflix/ The Hollywood Archive / Avalon)

As stated previously, we don’t know who the cast might be if Ozark went to a fifth season.

However, in season 4, many of the old favourites will be returning to our screens.

The main cast of Ozark will all be making a return for season four including: