New power couple! Teresa Giudice‘s relationship with boyfriend Luis Ruelas is heating up, but will he pop on the upcoming season of The Real Housewives of New Jersey.

“As far as what’s known, he won’t be on the new season,” a source exclusively tells Us Weekly. “But things can change later on.”

Ruelas, 46, will “definitely” be discussed on season 11 of the Bravo series, the insider adds, noting, “Fans will find out how they met/began their relationship.”

The Standing Strong author, 48, has kept the details surrounding her new romance relatively quiet, but that will change once the cameras are rolling. 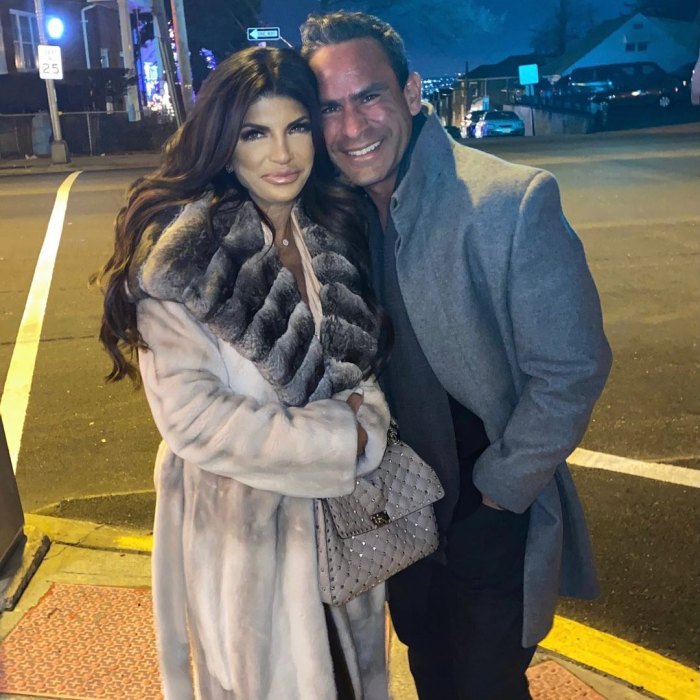 “She’s saving all the juicy details of her relationship for the new season of Real Housewives,” the source says.

Last month, Bravo teased a lot of family drama between Giudice and her sister-in-law, Melissa Gorga, in the show’s January 2021 trailer.

In the clip, Gorga’s relationship with husband Joe Gorga (Giudice’s brother) appeared to be at the center of the infidelity storylines for season 11.

“Last night, the owner of the restaurant asked Melissa for her number,” Giudice said in the preview, hinting at marital issues between Melissa, 41, and Joe, also 41. “They’ve been texting all day.”

Melissa fired back at her sister-in-law, saying, “Be careful what you say, because I’ll never talk to you again.”

The family’s issues have been featured on RHONJ since season 3. Giudice, however, seems to be focused on her new romance and not the drama relating to her sibling or her ex-husband, Joe Giudice.

“I want to get my peach kissed,” Teresa said in the teaser, referencing her return to the dating scene. “When you love someone you f—king lick them upside down.”

Us confirmed in November 2020 that Teresa was dating Ruelas two months after her divorce from Joe, 48, was finalized.

The couple became Instagram official in December 2020 and flaunted their romance the following month on a trip to Los Angeles.

Earlier this month, a source told Us that the pair are “taking their time” following Teresa’s split from Joe in December 2019. “They both genuinely like each other and have a great relationship,” the insider said.

The Real Housewives of New Jersey returns to Bravo on Wednesday, February 17, at 9 p.m. ET.