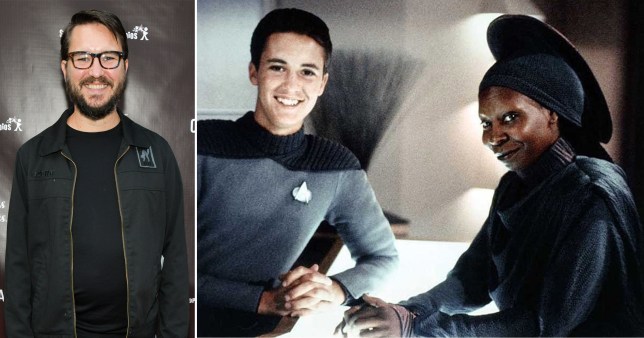 Wil Wheaton has recalled how Whoopi Goldberg saved Star Trek: The Next Generation in an epic throwback.

The actor is known for his role of Wesley Crusher, which he played in the sci-fi series between the years 1987 and 1994.

And while being a part of the iconic show, he had the pleasure of working with the Sister Act star – who portrayed the El-Aurian bartender Guinan.

Taking to the social media platform, the 48-year-old recalled his time with the legend alongside a picture of them both on set.

He wrote: ‘It was the second season of TNG, and I got to work with the biggest star on the planet, Whoopi Goldberg.’

‘She was amazing,’ he pressed. ‘She treated me as an equal. She was kind, and gentle, and such a calming presence. I guess she was Guinan, in a lot of ways. 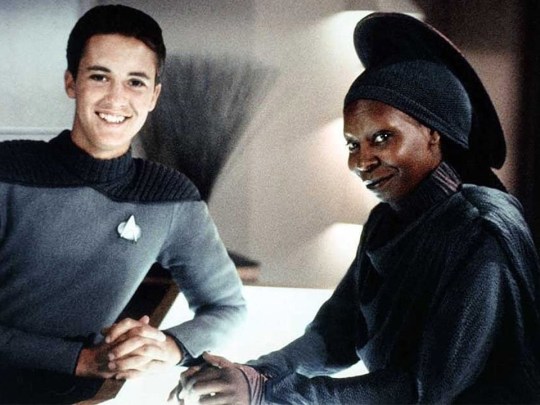 The pair worked alongside each other in The Next Generation (Picture: Getty)

The actor went on to say how she treated him with ‘kindness and respect’ and was most likely, ‘more patient than he realised.’

Wil continued: ‘There is a story, possibly apocryphal, the says Whoopi Goldberg saved TNG. If you’ve seen our first season, you will likely agree that it was … uneven. 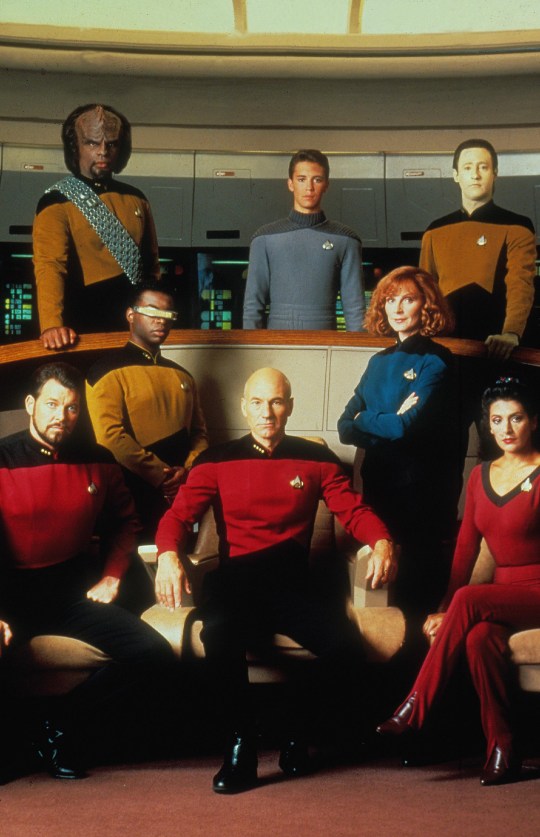 Would Whoopi ever return to the series? (Picture: Rex)

‘Apparently, the studio felt the same way, and was going to cancel is after the first year. But Whoopi Goldberg loved Star Trek, and she was the biggest star on the planet, so when she said, “I would like to play a character on The Next Generation,” she had the clout and power to make it happen.

‘We got another season, we got a new set, we got a chance to grow the beard. And, the story goes, it never would have happened if Whoopi hadn’t made it happen.’

‘I don’t know if that’s true, but I choose to believe that it is,’ he concluded.

‘And if it can be confirmed, I want the story of the amazing Black woman who saved Star Trek to be bellowed from the mountaintops.’

At the start of the year, Sir Patrick Stewart (Jean-Luc Picard) invited Whoopi to reprise her role on Picard.

‘I’ve said this on the show before, but Star Trek was one of the great experiences, from the beginning to the end,’ she said on the talkshow The View. ‘I had the best, best, best time ever.’