New roles, new spots! Prince Harry and Meghan Markle made more than one move in 2020. In addition to relocating to California amid their step down, Madame Tussauds in London separated the couple’s wax figures from the royal family’s statues.

The wax museum houses the British royal family — including figures of Queen Elizabeth II, Prince William, Duchess Kate, Prince Charles, Duchess Camilla and the late Prince Philip — in a special section, where Harry and Meghan’s statues were situated prior to their exit. However, the facility moved the Duke and Duchess of Sussex to the “Awards Party” zone last year. 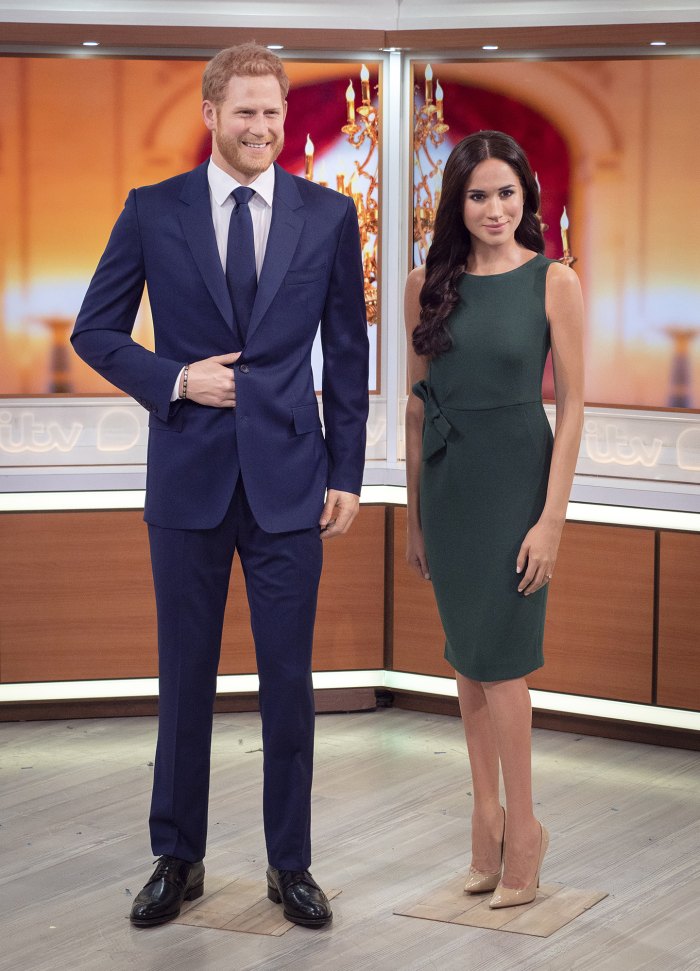 Madame Tussauds explained in a press release that the switch reflected Harry and Meghan’s “decision to swap Frogmore [Cottage] for Hollywood,” adding that the move signaled their “progressive new role within the royal institution.”

General manager Tim Waters said in a statement: “Ever watchful of the celebrity landscape we’ve also moved Prince Harry and Meghan Markle’s figures to join their Hollywood friends, reflecting their new status on the world stage as A-list favorites.” 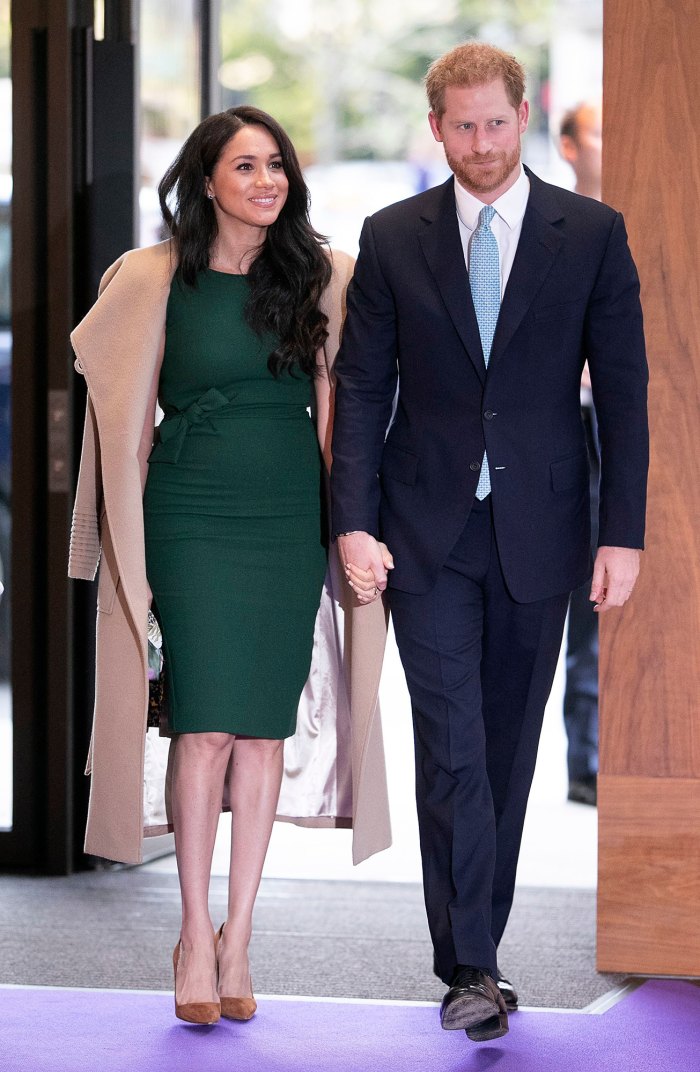 Meghan Duchess of Sussex and Prince Harry attend the WellChild Awards in London on October 15, 2019. Shutterstock

Madame Tussauds in London is set to reopen on Monday, May 17, after a lengthy closure due to the coronavirus pandemic. Harry and Meghan’s wax counterparts will have a “refreshed look” — a navy suit and blue dress, seemingly referencing the outfits they wore during their March 2020 return to the U.K. — when fans see them again.

The pair announced their intentions to step back from their roles as senior members of the royal family in January 2020. They completed their duties that March and relocated to her native California with son Archie, now 2.

Buckingham Palace confirmed in February that they would not return as working royals. “As evidenced by their work over the past year, the Duke and Duchess of Sussex remain committed to their duty and service to the U.K. and around the world and have offered their continued support to the organizations they have represented regardless of official role,” a spokesperson for the duo said in a statement to Us Weekly at the time. “We can all live a life of service. Service is universal.”

Harry, 36, and Meghan, 39, announced days earlier that they are expecting baby No. 2. The following month, they made bombshell claims about the royal family in a tell-all interview, while the prince spoke about his tense relationships with Charles, 72, and William, 38.

“Harry finds the situation with his family regrettable,” a source exclusively told Us in March. “But he says [they have] no regrets about moving … and that things are just getting started for them.”