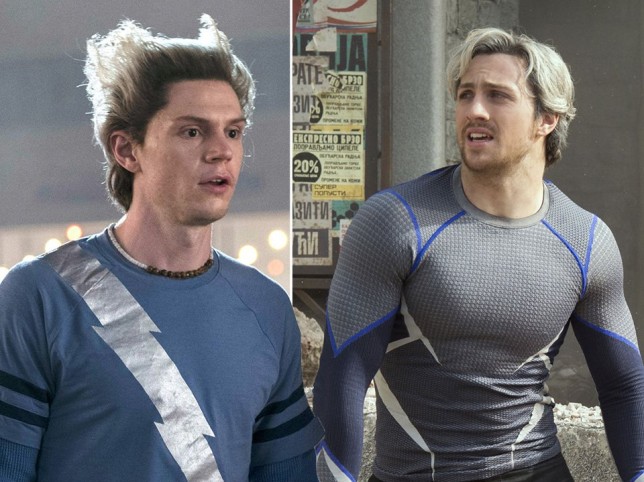 What happened with the Pietro switch? (Picture: Marvel)

The Marvel universe threw us a massive curveball in WandaVision with Evan Peters making a surprise appearance as Wanda’s brother, Pietro Maximoff.

It’s surprising as Evan wasn’t this universe’s Pietro Maximoff… he was the X-Men universe’s version of the superhero known as Quicksilver. So why is he suddenly dropping by in Wanda’s fictional sitcom universe?

The introduction raises a serious number of questions about everything that’s happening in the WandaVision world – the main one being ‘what on Earth is going on?’

Seeing as WandaVision’s finale is tomorrow, and we may finally get some answers, we’re recapping everything we know so far.

Here’s currently what we know…

What happened to Pietro Maximoff in Age of Ultron? 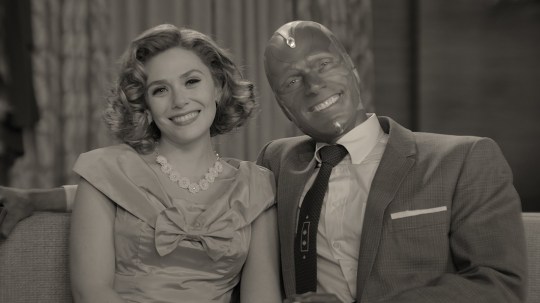 Wanda’s world has been created to keep her happy (Picture: Disney Plus)

So thanks to contract and rights issues between production houses, in the world of cinema there are actually two versions of Pietro Maximoff/Quicksilver – the X-Men version, and the Marvel version.

X-Men’s Pietro, played by Evan, is a happy-go-lucky, 80s music loving trickster, who is part of Charles Xavier’s team of superhumans set to save the world.

Marvel’s version, played by Aaron Taylor-Johnson, was far grittier, and made his first appearance in the MCU alongside twin sister, Wanda (Elizabeth Olsen) as they lived in a Hydra test facility in Sokovia.

The pair were manipulated by robot Ultron to help destroy the Avengers, blaming Tony Stark for the death of their parents due to the weapons his family made.

However, they eventually switched sides when they realised dangerous Ultron was intent on destroying the planet.

In a devastating final battle, Pietro was shot and killed in crossfire, despite his superspeed ability.

As a result, Pietro’s reappearance in WandaVision was a shock to everyone – not least because he is now the X-Men version, and not the Marvel version we saw die.

How is X-Men’s Quicksilver in WandaVision? 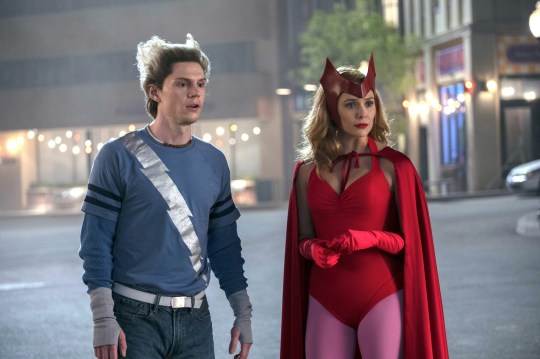 Evan Peters’ Pietro has been on hand to help his sister (Picture: Disney Plus)

This is the thing – we don’t actually know that the Quicksilver Evan is playing now, is even actually X-Men’s Quicksilver.

There is every chance that he’s just been stunt cast by the team who like to joke around with the fandom regarding theories, keeping people on their toes.

During episode seven, Agatha Harkness – a witch who had successfully infiltrated Wanda’s fake world – referred to Pietro as ‘Fake Pietro, or Fietro if you will’, and suggested the episode before that she created him to mess with Wanda’s head.

However, Wanda immediately knew that this was, in some way, meant to be her brother, even if he was ‘recast’, and has yet to figure out how or why this happened, leaving the door open.

On top of that, now that the character rights issues between Marvel and Sony have been sorted out, there is a possibility of X-Men characters coming over into the MCU.

Marvel has also confirmed that ‘Phase Five’ of the cinematic universe will focus largely on multiverses, particularly in the soon-to-be released Doctor Strange And The Multiverse Of Madness, which Wanda has been confirmed to appear in.

So could Agatha or Wanda have accidentally pulled a ‘real’ Pietro, albeit a different one, over from the X-Men universe for an accidental recast?

Could Evan Peters’ Quicksilver/Pietro actually be Mephisto in disguise? 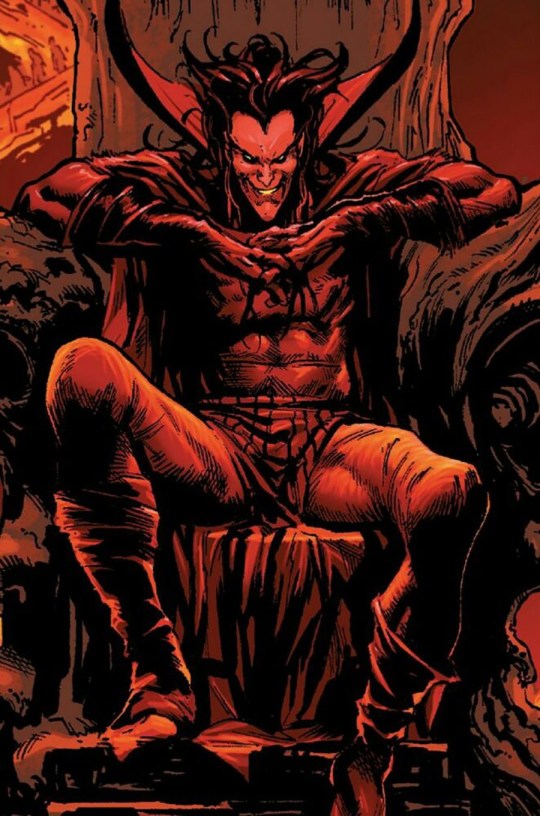 Could Mephisto be the real culprit for Pietro (Picture: Marvel Comics)

This is the big fan theory that everyone has been desperate to know – because another idea, is that Evan isn’t actually playing Quicksilver or Pietro.

He could, after all this, actually be Mephisto, the MCU’s answer to the Devil, in disguise.

In the comic books, Mephisto uses his powers to project illusions, manipulate memories, alter time – and loves to manipulate the good into evil deeds.

He is also heavily intertwined with Wanda, with her two children (who are now on the series) being created by his shattered essence by Wanda’s will to want kids.

Could he be making big plans to make his entrance into the MCU, and trying to get Wanda on side by pretending to be a version of her brother?

Among the clues is the release of a Funko Pop figure of the character, which was dubbed “Pietro Maximoff”, including the quotations, leaving fans sure that he’s not who he says he is and this is a ruse.

WandaVision drops Fridays at 8am on Disney Plus.