Opening up. Meghan Markle discussed why she and Prince Harry decided to share their truth in a new clip from their upcoming tell-all interview.

“We’re on the other side of a lot of life experience that’s happened,” the Duchess of Sussex, 39, said in the sneak peek, which aired on CBS This Morning on Friday, March 5. “We have the ability to make our own choices in a way that I couldn’t have said ‘yes’ to [interviews] then. That wasn’t my choice to make.”

After explaining that she “wasn’t even allowed” to talk to the press as a royal without other people “sitting there” listening in, Meghan continued, “As an adult who lived a really independent life to then go into this construct that is different than I think what people imagine it to be, it’s really liberating to be able to have the right and the privilege in some ways to be able to say, ‘Yes, I’m ready to talk,’ to be able to just make a choice on your own, and to be able to just speak for yourself.”

The preview was released two days after the Suits alum accused the British royal family of “perpetuating falsehoods” about her and Harry, 36, following their step back in 2020, which became official last month.

“I don’t know how they could expect that after all of this time we would still just be silent,” she said in the Wednesday, March 3, clip from the sit-down. “And if that comes with risk of losing things, there is a lot that has been lost already.”

During the interview, which airs on CBS Sunday, March 7, at 8 p.m. ET, the couple are expected to discuss everything from royal life to their marriage to their move to the U.S. to their growing family. (Harry and Meghan announced in February that they are expecting baby No. 2, joining their 21-month-old son, Archie.) 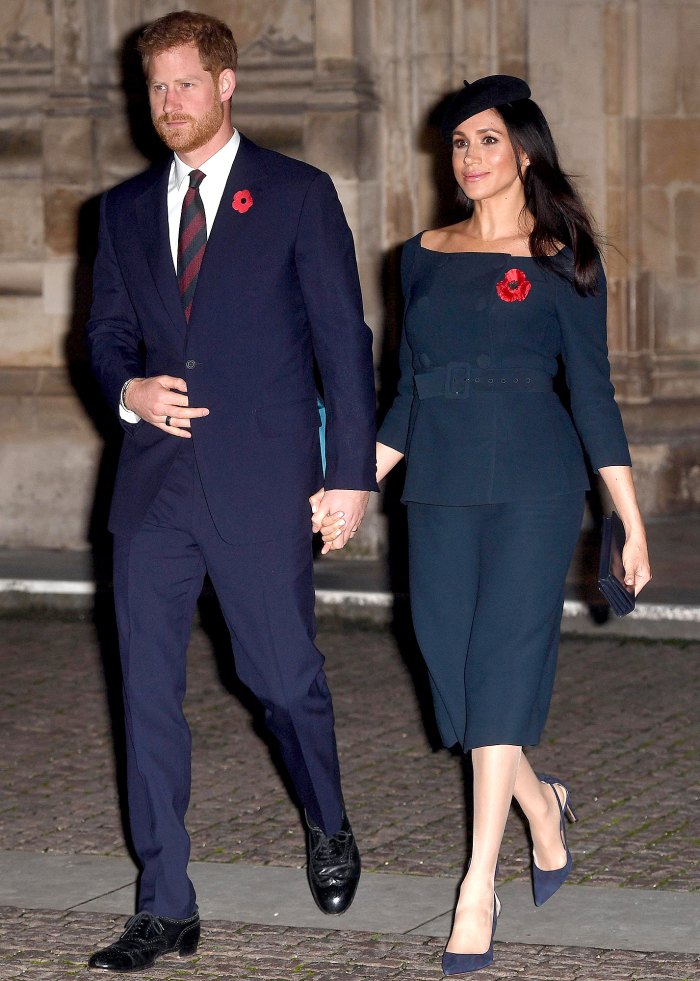 While Buckingham Palace has yet to publicly comment on the highly anticipated television event, multiple sources exclusively told Us Weekly that the royals are reeling behind castle walls.

“It’s just beyond the pale for [Prince] William and [Duchess] Kate, especially in light of the dreadful timing with [Prince] Philip in the hospital. They are utterly aghast,” one source exclusively told Us. A second insider, meanwhile, revealed that Queen Elizabeth II and Harry’s brother worry that “the entire royal family will be painted in an unfair way.”

The interview is set to air in the midst of Buckingham Palace’s investigation into allegations that Meghan had bullied two advisers during her time as a royal.

“Members of staff involved at the time, including those who have left the Household, will be invited to participate to see if lessons can be learned,” the palace said in a statement on Wednesday.

The former actress has denied any wrongdoing. Her spokesperson called the accusations an “attack on her character” in a statement to Us on Tuesday, March 2, adding that Meghan “will keep striving to set an example for doing what is right and doing what is good.”