MANY years ago I released a top-selling workout video. It was in 2001, a year after my divorce, and I’d slimmed to a size 10 thanks to the heartbreak diet.

I was frenziedly trying to create a new me, exercising like mad and hardly eating a thing. 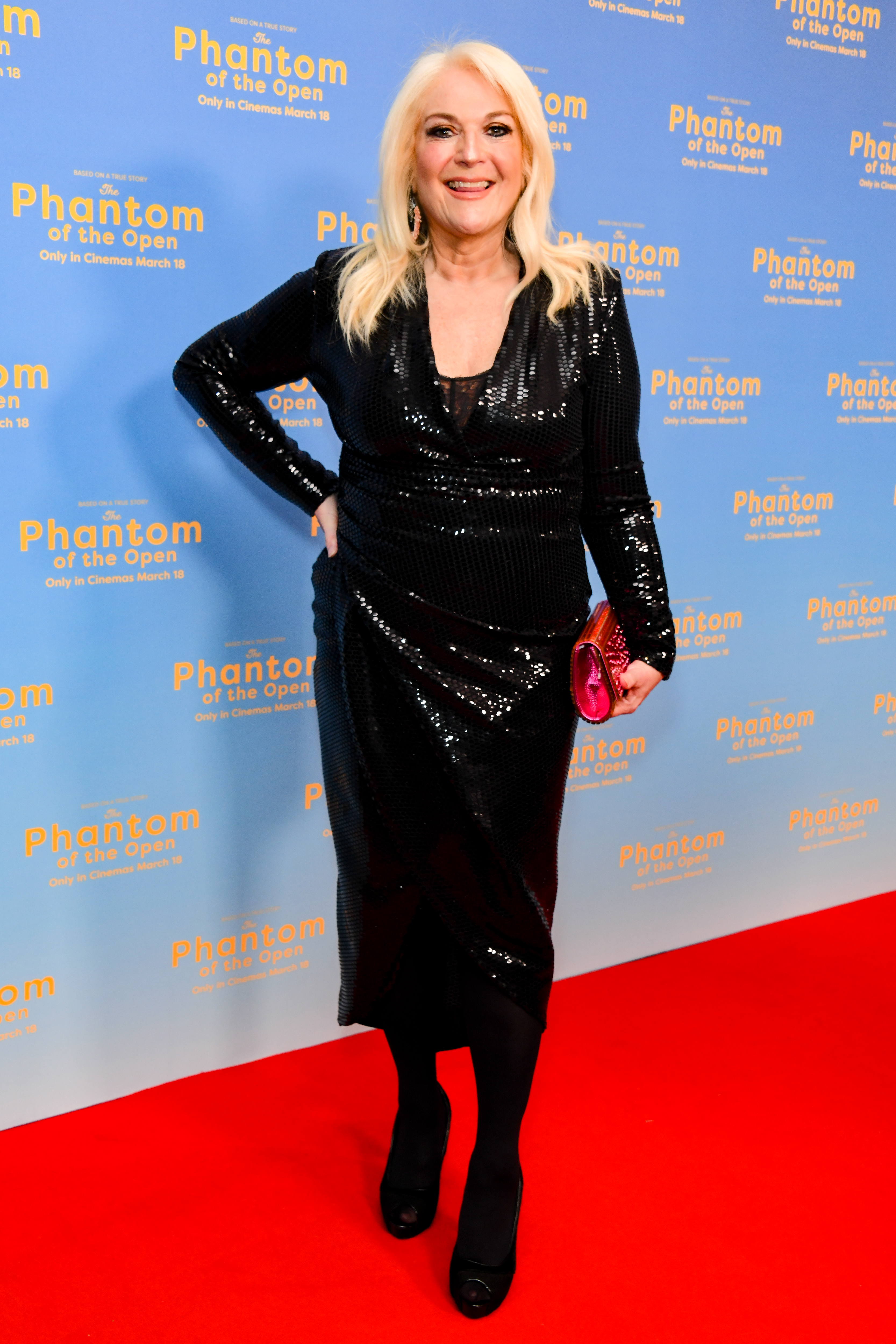 Vanessa at film screening in London in March this yearCredit: Getty

It was just one of many times I’d lost a considerable amount of weight and I was always honest about how I did it.

But these days most celebrities will claim that they don’t diet at all. It has become a dirty word, replaced with “healthy eating” instead, which really isn’t the same thing.

Anyone who is really slim past a certain age almost certainly eats very little — but it’s become incredibly unfashionable to say so.

There’s more dishonesty about dieting than ever before, with people who diet ferociously pretending they don’t and professing that their slender figures are all natural. 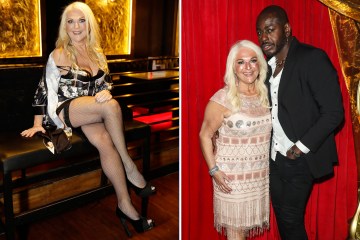 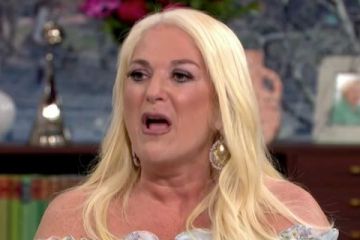 Amanda Holden, 51, is the latest star to say she doesn’t diet. I know Amanda and she’s incredibly straight-talking.

I don’t know what she eats and doesn’t eat — she might be one of those incredibly lucky people who genuinely eats whatever she wants. I’ve seen a picture of her with her mother and she was also slim and tall.

Maybe she was brought up in such an incredible environment that she hasn’t got any obsessive attitudes to food and she really is relaxed enough to just eat one biscuit or a very small sliver of cake and no more, but most people her size just aren’t like that.

The person who appears to eat the least to stay the thinnest is, of course, Victoria Beckham, 48.

Her husband David, 47, recently revealed that she had eaten the same exact meal — a morsel of plain grilled fish with steamed vegetables — for 25 years.

Victoria, whose birthday cake was actually a few slices of watermelon in the shape of a cake, has been the poster girl for staying stick thin.

But even she has felt under pressure to say recently that being thin is old-fashioned and the new attractive figure is curvaceous.

Who is she kidding? We all know she’s not going to back that up by having a sandwich.

There’s a fundamental lack of honesty surrounding dieting, with most women who manage to be slim eating very little and probably far less than they want.

Now, I’m not advocating fad diets — and I’ve tried all of them. I tried the Beverly Hills diet which was rich in pineapple, apricot and prunes. It was unfeasible and I don’t remember losing any weight.

I did the banana diet where you had six bananas a day but I’d use up my allowance too soon, having about four for breakfast, two for lunch and then I’d have a normal dinner plus cakes and snacks, so that didn’t work at all.

I tried the cabbage soup diet which was terrible — the kitchen would reek of it. 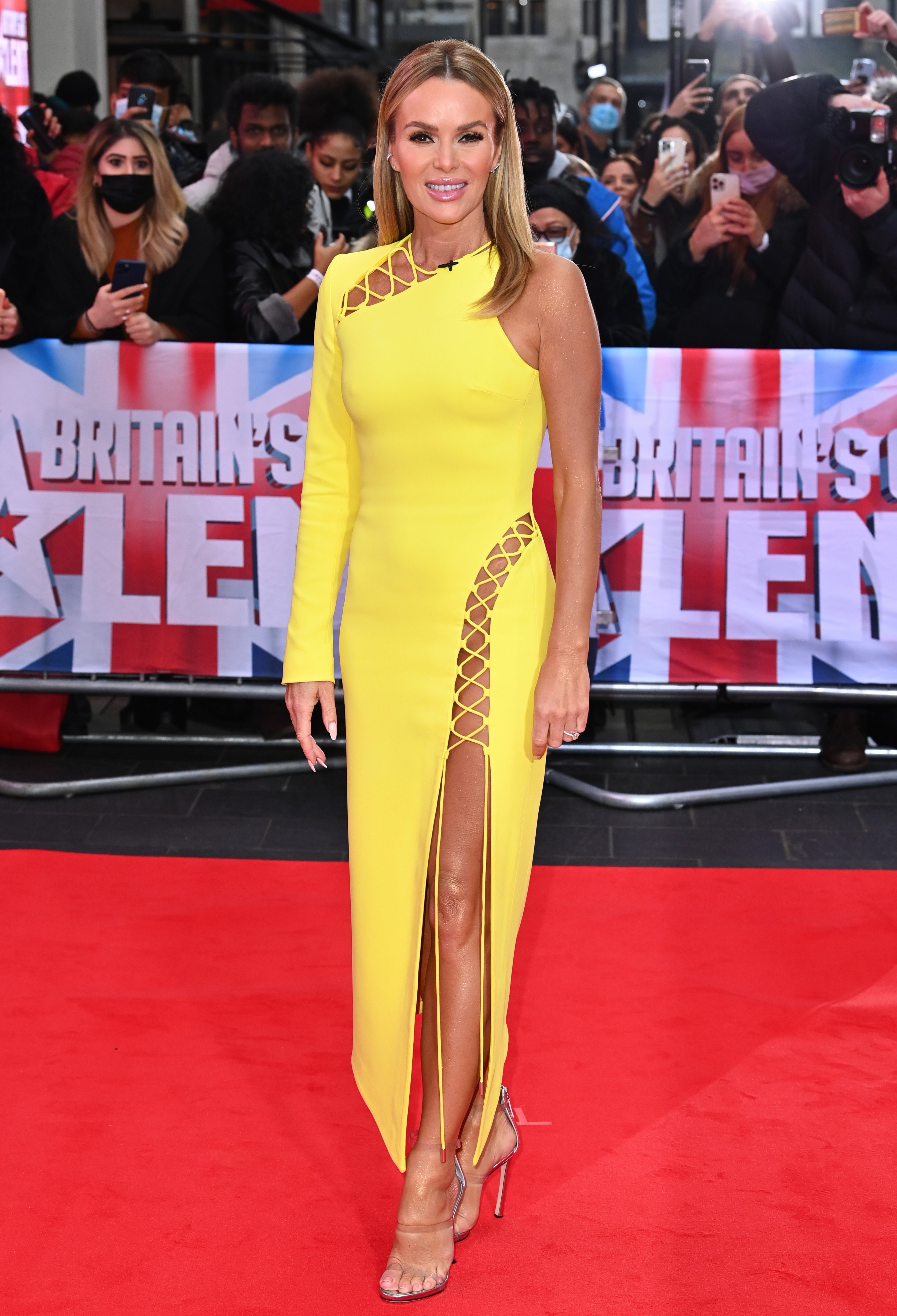 Amanda Holden, 51, is the latest star to say she doesn’t dietCredit: Rex

I did Atkins, which gives you terrible halitosis. I wanted to chop my own head off. Then The Master Cleanse, which Beyonce was supposed to have done. It was a peppery, nasty concoction you kept in the fridge.

Then there was the F-plan — everyone would joke that the F stood for fart, but it was in fact fibre. All it did was give you the most terrible gas.

I really have tried all of them and they left me bad-tempered and hungry.

The most effective diet, however, was the most simple one of them all which is eat less and move more. There’s no gimmick, it’s nothing exciting and no one will sell you a book about it. But it does work and there’s no shame in it.

While we’re being honest about diets, it goes without saying that they are not easy.

Like many women I would diet feverishly and then put it all back on again.

Sometimes I was hugely successful at dieting, and I was photographed through every single minute of my yo-yoing ups and downs.

I’d be hugely congratulated on losing enormous amounts of weight and then I’d go and buy new clothes and think: “This is fantastic, I am a thin person.” But I’d celebrate with some cake and put the whole lot back on again.

It was the same for years and it was in public — it was hellish.

I’d fall off the wagon so profoundly and so fast. The enormous amount of effort and sacrifice that had gone into losing the weight, and then putting it all back on again, was humiliating and I’d have to admit that I’d failed. 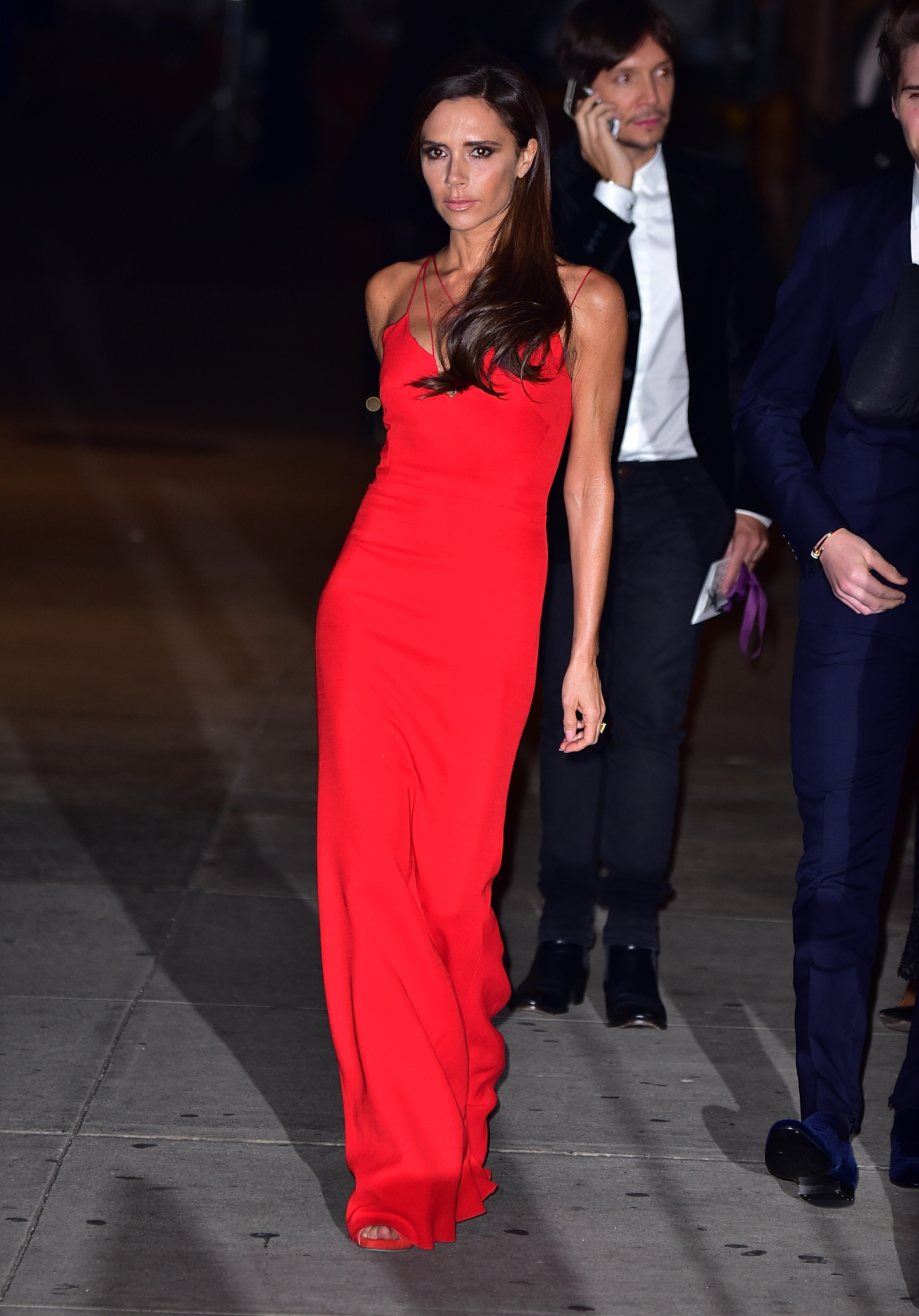 Victoria’s husband David recently revealed that she had eaten the same exact meal — a morsel of plain grilled fish with steamed vegetables — for 25 yearsCredit: Getty

But there are far worse ways to lose weight than dieting. As a teenager I regrettably tried diet pills.

Ironically — because I was a size 12 and didn’t have a weight problem — I was taken by my mother to get them when I was around 17.

Basically they were amphetamines dispensed by some doctor who had a dodgy sideline.

All they did was speed my heart up to the most incredible rate so I felt like I was having a heart attack.

I couldn’t sleep because my heart was racing, my mouth was so dry and I couldn’t eat, so I did lose weight. But the second I stopped taking them I was starving and eating everything that I’d deprived myself of while on the pills. It wasn’t worth the three or four pounds I’d lost.

I always reverted to type because I am me, I’m not someone else.

Losing weight was so alien to my real nature — which was to want to sit down and have a really good meal.

At my biggest, I was a size 24 and at my smallest I was a ten. There has always been an enormous pressure to stay as thin as a bone at all times in the public eye.

Those who don’t conform to the norms get massively castigated for being overweight – pictures of your bum on the front pages of a magazine. Has she gained weight? Is she bigger than she was two years ago? It’s soul-destroying.

In 2015, a magazine wrote that friends of mine were worried about me because I’d allegedly gained two stone and had been “drinking custard again”.

Not true — I even tried to do it with Scott Mills on his radio show when the story broke but we just couldn’t swallow it. It just wouldn’t come out of the glass the right way.

It sounded delicious, though. It still does sound delicious.

There will also always be pressure from loved ones to be healthy and live for a long time.

That’s why I had a gastric bypass in 2019 and I’ve been very honest about that.

In fact, I’ve been so honest, I practically invited the photographers into the surgeon’s waiting room with me. I didn’t want anyone to think I’d lost weight through dieting — but only because that wouldn’t have been true.

I’m around a size 12 now and the gastric bypass limits the amount of food I can eat. Even if I fancied overeating, I can’t. And I do fancy it.

There’s another reason why nobody wants to admit they are on a diet. It’s because they are a self-fulfilling passport to a terrible weight problem. You don’t want to put yourself on a diet. It’s like saying: “Right now the deprivation begins, I’m going to suffer and it will be a prolonged period of misery.”

No one wants that, so I can see why some would want to maintain that all they are doing is just “healthy eating”. 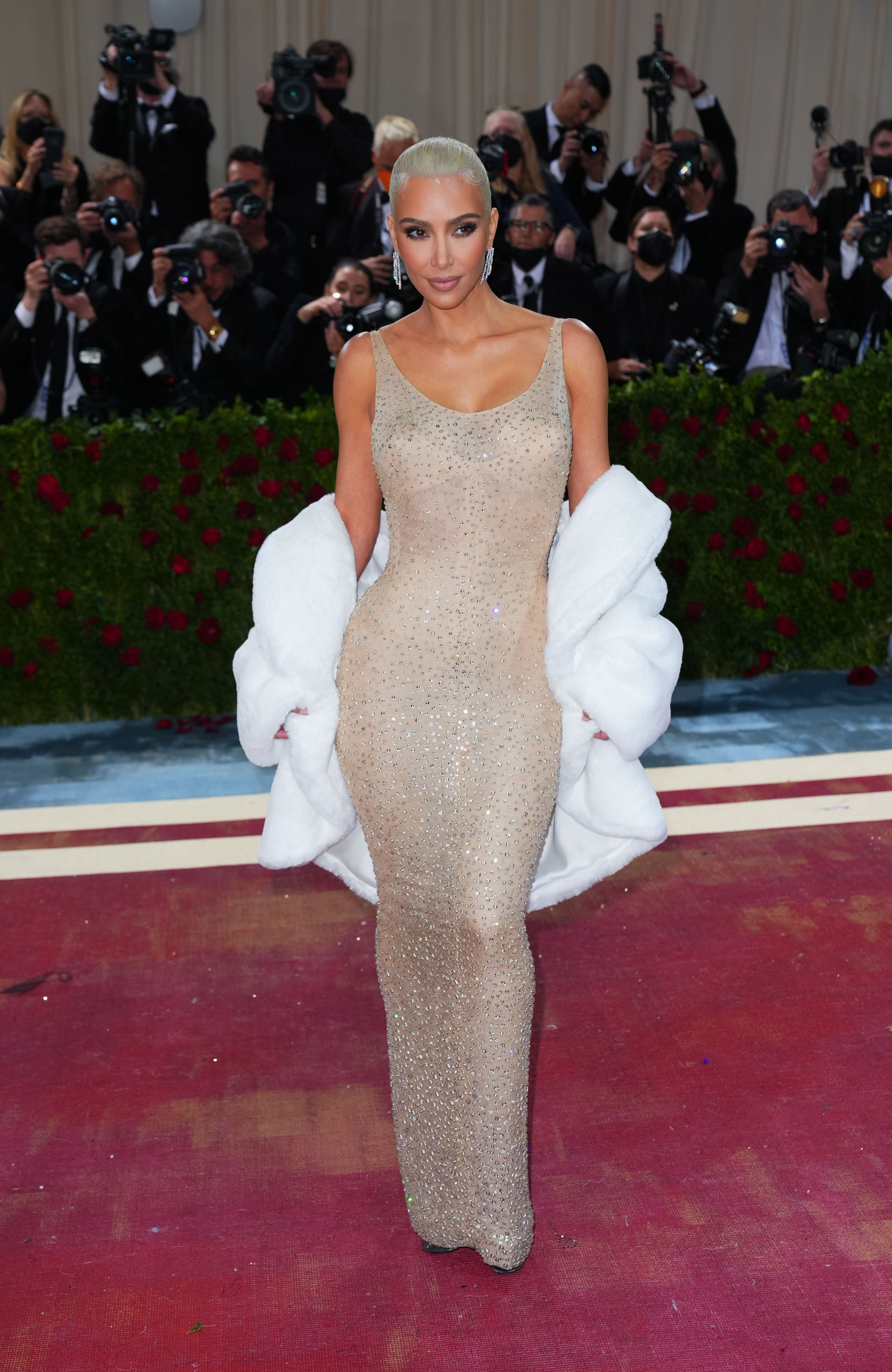 Kim K was at least honest when she revealed recently that she went on a diet before wearing Marilyn Monroe’s iconic golden dressCredit: Getty

But the truth for most women is that if you eat as much healthy food as you want, you won’t lose weight.

Celebrities often say: “I eat whatever I like,” or “I don’t obsess about food.” But that’s usually a downright lie and when you’re with them you see it.

If you go out for lunch with them, they’ll ask for the children’s portion, or a starter instead of a main course, they’ll eat half or end up pushing their food around their plate.

Kim Kardashian, 41, was at least honest when she revealed recently that she went on a diet before wearing Marilyn Monroe’s iconic golden dress at the Met Gala in New York.

She confessed she had cut out carbs and sugar, while exercising daily and even wearing a sauna suit twice a day.

There’s so much misery and dishonesty around food and dieting. But I appreciated Kim’s honesty and I don’t judge anyone — she is allowed to diet if she wants to.

And so should we all. No one should feel the need to lie about it.

Thirty seven per cent of us are obese, so is now really the right time to be casting diets aside?

We’re constantly told you’ve got to be body positive, so women feel that they can’t say they want to lose weight.

They worry that saying it out loud would be unfeminist, inappropriate and you mustn’t say it in front of your daughters or any friends. 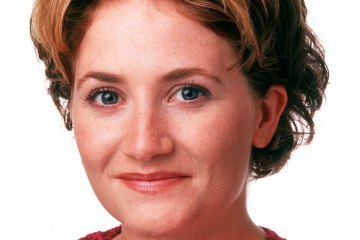 Admitting you are counting calories or are looking to drop a dress size has become a faux pas and it shouldn’t be.

It’s time to get real about diets. Love them or loathe them, they are here to stay.