Her path forward. 90 Day Fiancé star Angela Deem opened up about her decision to undergo multiple surgeries in order to lose weight and how her husband, Michael Ilesanmi, felt about the procedures.

“I noticed when I went to Nigeria last time, I was just putting on weight,” Deem, 55, exclusively told Us Weekly. “Nobody can say, ‘No, you’re not,’ because I have big boobs. And my big boobs [have] always been something that covered up my weight, you know what I mean? But for me, I noticed, and I was telling Michael, I said, ‘I’m getting bigger or swollen.’ I mean, like, I think I gained 20, almost 25 pounds. And it just hit me all at once.” 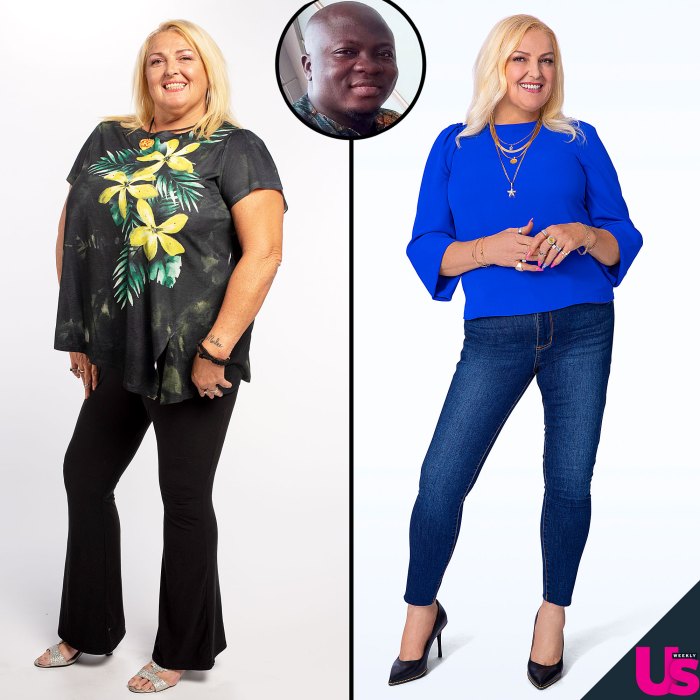 The reality star eventually lost 90 pounds after having liposuction, a gastric sleeve procedure and a breast reduction in August 2020. While she believes smoking caused some of her health problems, she recalled a shift in the activities she was not able to do after gaining weight.

“I couldn’t even walk in the grocery store with the kids to get groceries,” she said. “I was out of breath and I knew it wasn’t a smoking issue. I know smoking doesn’t help, but this was something [where] you just know it was weight. And, you know, maybe at 55 I said — or I was 54 at the time — I said, ‘You know, when you get older as women, we do gain weight.’ Or we go the opposite. I was going to weight gain. And it’s not [as] easy as it was when you’re younger to lose weight. And I never believed that until I got in that situation. So, I said, you know, ‘I’m going to die.’”

Deem recounted that her “face was blowing up” and she was short of breath “all the time” before the operations. “I got to where I just didn’t have [any] energy,” she told Us. “[The] kids do their school work and I can go outside with them and play. … They suffered right along with me because I wouldn’t move.”

The TV personality revealed that Ilesanmi, 32, factored into her choice as well: “I’ve always wanted to enhance my look for Michael because of his age, but this journey, you know, people need to know I felt like [I would have] died without the weight-loss surgery.”

Despite her desire to please her husband, the Nigeria native was not thrilled. “Michael wasn’t very supportive, you know, ‘cause they don’t have surgeries over there I think,” she explained. “Michael don’t see me as 55, like everybody else. Michael really sees me as his age. You know, that’s a good thing of it. But you need somebody, you know, your partner [to be] emotionally supportive. It was rough. I feel like I was in it alone. Without the grandkids, I would have been by myself.”

For more on Deem’s weight-loss journey, watch the video above and pick up the new issue of Us Weekly, on newsstands now.

Catch Deem on the latest episode of 90 Day Bares All on Discovery+ and on a new season of 90 Day Fiancé: Happily Ever After? premiering April 25 at 8 p.m. ET on TLC and streaming on Discovery+.