Nicôle Lecky is one of the guests joining Graham Norton on his famous chat show this week, as she sits down to talk about her brand-new show, Mood.

Lecky will join stars such as Penelope Cruz, Pedro Almodóvar, James McAvoy and Ella Henderson on Norton’s weekly talk show as she looks ahead to a packed 2022.

Her stage monologue Superhoe, played at The Royal Court in 2019 and her six-part television adaptation of will air later this year on BBC Three, titled Mood.

The cast was announced late last year, and boasts a host of exciting names.

Here’s everything you need to know about Lecky and her highly-anticipated new show. 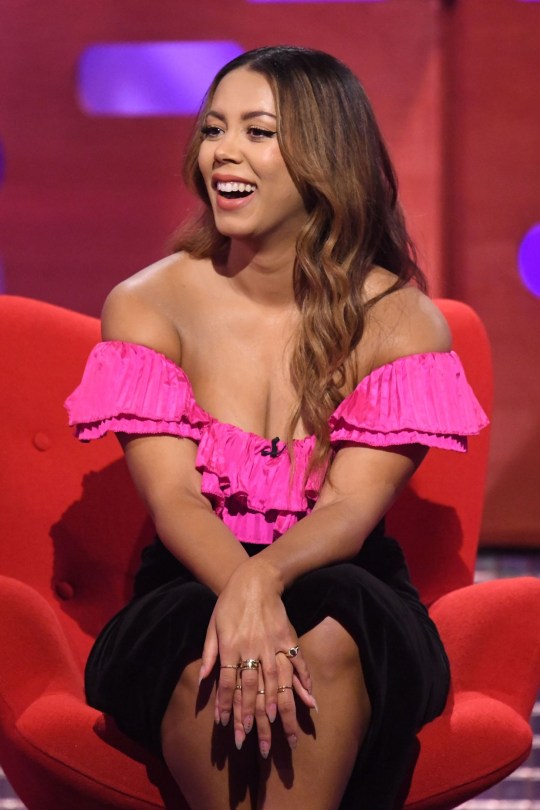 Lecky was born on May 16, 1990, and is a woman of many talents, having worked as an actress, writer and singer.

She’s appeared on shows such as Death in Paradise, Bloods and Sense8 in recent years and also wrote several episodes of EastEnders spin-off E20, back in 2010.

Her other writing credits include penning an episode of the hit Channel 4 series Ackley Bridge in 2019 as well as writing material for Youngers, a series on the broadcaster back in 2014.

More recently, she starred as Jordan in ITV’s Unsaid Stories back in 2020.

When will Mood air on the BBC?

It’s not yet clear when Mood will come to screens, but it’s sure not to be too long with some promo pictures having now been released.

It was also featured in a recent BBC trailer, which teased new shows to come in early 2022.

The programme has already been raved about by BBC Three ahead of its relaunch next week, so we imagine it is only a few weeks away.

Mood sees Lecky follow in the footsteps of Fleabag, as the actor, writer and singer-songwriter’s show started off life as a one-woman play.

Adapted as a six-part series, Mood is a ground-breaking new drama with a killer original soundtrack performed by Lecky herself.

It follows Sasha Clayton (also played by Lecky), a 25-year-old wannabe singer and rapper, who wants to be a major recording artist – but encounters many bumps along the way.

After she’s kicked out of her family home, she discovers the world of social media influencing which could be set to take her global. But as her online presence grows, so does the pressure of keeping up with her new life…

The Graham Norton Show airs tonight at 10.35pm on BBC One.