LINE of Duty fans were left stunned after Sunday night’s episode revealed how Jackie Laverty’s lifeless body could have been preserved for years by the Organised Crime Group.

Fans of the show will recall how Laverty, played by Gina McKee, was brutally murdered by the OCG before being dumped into a freezer which was then moved to Terry Boyle’s flat. 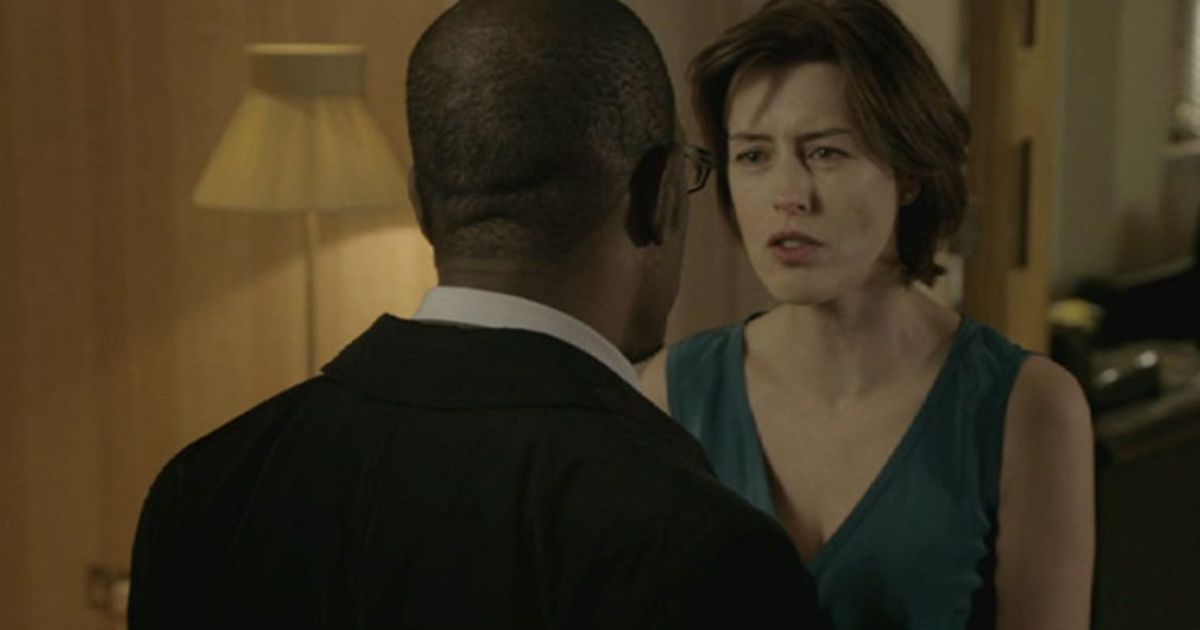 Laverty was having an affair with DCI GatesCredit: BBC

Who is Jackie Laverty in Line of Duty?

Line of Duty’s most devoted fans will remember Laverty’s storyline all the way back in series one. She was a successful property developer as well as being embroiled in an affair with DCI Tony Gates.

She first met Gates when she helped him purchase a flat. Laverty would go on to become an associate of Tommy Hunter and the Organised Crime Group after she allowed them to use the various properties owned by her company to launder their drug money.

What happened to Jackie Laverty?

Jackie Laverty’s grizzly demise stemmed from her affair with DCI Gates. After Gates realises Laverty had murdered her accountant after a disagreement over money laundering, he arrested her before she eventually persuaded him to release her.

The pair ended up back at Laverty’s house engaged in another night of passion, before masked intruders forced their way in. Gates was knocked unconscious, Laverty brutally murdered, and Gates’ fingerprints were placed on the murder weapon.

Laverty’s remains were then dumped into a freezer, which the OCG then moved to the house of disabled man Terry Boyle. DCI Gates eventually tracked down the location of where Laverty’s body was stored, only to realise it had been moved and was no longer there.

However, fast forward to the third instalment of the new series and we see the freezer in question has been found at a scrapyard. After being examined, forensic results discovered a blood deposit that was a 99.9% match for Jackie.

It is at this point AC-12 begin to realise just how long the OCG may have been hiding Laverty’s body.

Who plays Jackie Laverty in Line of Duty?

Jackie Laverty is played by Gina McKee, a successful English actress both in film and in television, as well as enjoying a number of critically acclaimed theatre performances.

Alongside her appearances in series one of Line of Duty, McKee has also featured in films such as Notting Hill, In the Loop and Phantom Thread.

McKee won the 1997 BAFTA TV Award for Best Actress for her role in the series Our Friends in the North. She would go on to earn two further BAFTA nominations for her efforts in The Lost Prince in 2003, and the The Street in 2007.