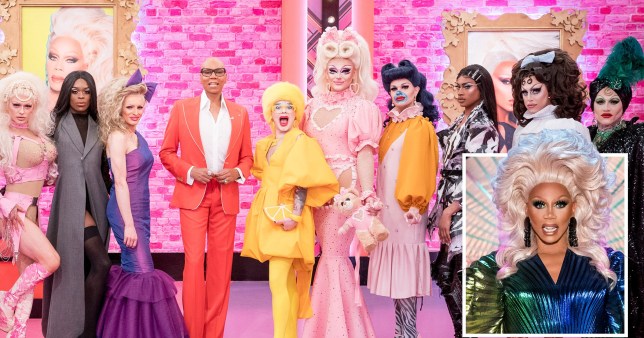 Who will be crowned this year’s champion? (Picture: BBC)

Lawrence Chaney, Bimini Bon Boulash, Tayce and Ellie Diamond have all been sent through to the finals of RuPaul’s Drag Race UK season 2.

The decision was made by RuPaul after acting challenge Beastenders, where the queens gave their own spin on classic soap EastEnders.

For the runway, the queens were told to pay homage to British pantomime dames, with Bimini being crowned the winner for the week.

Tayce and Ellie Diamond landed in the bottom two, and had to lipsync for their life to Last Thing On My Mind by Steps.

After the performance, Ru – who was joined by Michelle Visage, Graham Norton and a Danny Dyer-inspired dummy called Micky on the guest panel – decided both could stay for the finals.

This was Tayce’s fourth time in the bottom, proving to be a lipsync assassin after sending home Cherry Valentine, Sister Sister and A’Whora during previous weeks. 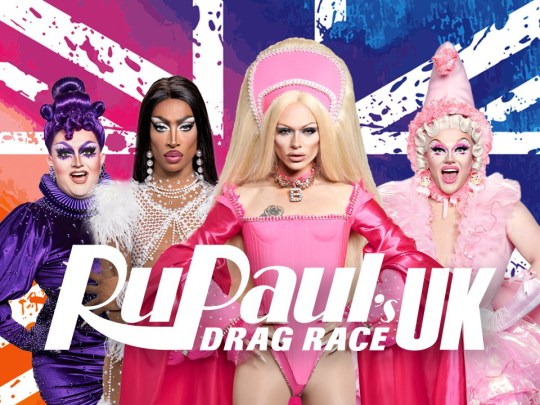 Ellie Diamond has only landed in the bottom once.

In the overall runnings, Bimini appears to be in the lead with four RuPeter badge wins to their name, closely followed by Scottish queen Lawrence, who has three.

Tayce has one badge for her involvement in chart-topping girl group efforts in UK Hun?, and Ellie has none.

When do the RuPaul’s Drag Race UK season 2 finals air?

The UK finals will air next week at 7pm on BBC Three.

During the episode, one will be knocked out, with the final three then going head-to-head for the crown.

The winner of RuPaul’s Drag Race UK earns an all expenses paid trip to Hollywood to create their own digital series with the World Of Wonder creators.

RuPaul’s Drag Race UK airs Thursdays at 7pm on BBC Three on iPlayer (in the UK) and WOW Presents Plus (worldwide).